Skip to content
blog.GritrSports.com > Conversations > What Makes “Match” Ammo Match Grade? And is It Worth it?
Conversations 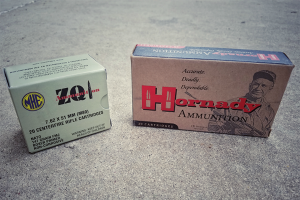 When you buy a gun, you normally lay out a fixed amount of cash and leave the store with your purchase. Cash changes hands, and unless you have a list of aftermarket upgrades, that’s usually the end of the story. Your expenses end then and there.

That’s not so with ammunition for that gun. Ammo costs are a never-satisfied, ever-consuming, budget line item that never really goes away. Ammunition expenses are always going to be there (and spare magazines too, but that’s another story).

It stands to reason that you would want to be wise with your cash when buying ammo. The cheaper, the better… right?

We all know that you get what you pay for. And we also know the discount blasting pack of bullets performs against “match” ammunition just as the price tag suggests it should.

But what really makes the bulk stuff worse than the high-end ammo? And does it ever make sense to buy inexpensive brands when seeking a specific standard?

In order to illustrate the practical differences between match-grade and non-match-grade ammunition, I directly compared each component part of two popular loads to demonstrate an age-old rule: consistent ammunition equals ammunition that performs.

Before we get into the specific numbers for the loads I compared, there are a few technical points that need to be defined and explained.

As a note, many astute readers may critique the use of the terms “accuracy” and “precision” in this article. While they may be at times used interchangeably (both here and elsewhere), the true meanings are quite different.

Precision: Pertains to the closeness of shots relative to one another. Putting 10 shots into less than an inch at 100 yards would be considered high precision. On the other hand, 10 shots into a 4-6” group would not be very precise.

Accuracy: Pertains to the closeness of shots relative to your intended target. If you’re aiming at a 10” plate at 500 yards, and miss four feet to the right, your shot was not accurate.

The key takeaway: Precision is independent of accuracy. This makes sense if we think about it. A precise rifle that can hold half-MOA groups, but isn’t sighted in, isn’t going to be very accurate. And your average lever gun shoots in the 3 to 6 MOA range, but the fact that they kill thousands of deer every hunting season shows they are accurate rifles with a suitable level of precision.

With this in mind, realize that match ammunition isn’t necessarily more accurate than non-match. Much of accuracy is target-size dependent.

If your non-match ammunition hits the target every single time, it’s an accurate loading. But for smaller targets, you’ll need a more precise load.

With all of that out of the way, let’s get into the comparison.

You’re likely well aware that every modern metallic cartridge is made from four different component parts:

Each of these components plays an important role in the potential precision of a cartridge. And in our two test loads, the quality of these parts is (with the possible exception of primers) fortunately very comparable. Our examples will be ZQI M80 ball (the non-match example), and Hornady Match ammunition. Both loads are in 308 Winchester.

There is some debate on whether on not match grade primers matter, and what makes them different from regular primers. I really wish I could tell you something profound about the differences between ZQI and Hornady primers, but there really isn’t a way for me to measure it.

ZQI does seal their primers in the case with a green liquid sealant after installation, and they are crimped in place according to NATO specifications. The Hornady primers are simply pressed in without any sealant or crimping.

Quality brass in match-grade ammunition is important for a variety of reasons. If you’re a handloader, high-end brass can be used for much longer than the cheap stuff. And when it comes to the overall precision of the ammunition, this component plays a major role.

Brass is the combustion chamber in which the powder is ignited. When I prepped the cases, I performed the following steps:

This is the bare minimum required to process brass cases for reloading. These actions render the outside dimensions of the cases to be, for all practical purposes, identical. So, any weight variations mean that the internal volumes of the cases are the variable in play.

Since the brass is a pressure vessel, changing the volume of this vessel while maintaining an equal charge of powder will result in pressure variations. This in turn leads to inconsistent muzzle velocities. And when seeking precision, that’s a problem.

To show the differences between match and non-match brass, I fully prepped 100 once-fired brass cases from factory Hornady Match and ZQI ammunition. From there, I then weighed each case on an RCBS digital scale. Here’s how it broke down:

Hornady cases featured a minimum weight of 160.2 grains, and a max weight of 166.6 grains. As we can see above, a large percentage weighed within one grain, plus or minus.

Note that the ZQI brass weighed more than the Hornady. This is because NATO-spec loads have a thicker casing. This also means that the internal volume is reduced, as compared to the Hornady cases. In the below photo, I’ve sectioned two cases to compare.

I honestly expected there to be more of a difference between the Hornady and ZQI brass weight ranges. I do know that in testing handloads, all other things being equal, the Hornady brass shoots noticeably better. If I had to guess, it probably has something to do with the neck tension or some other variable.

This represents of comparative sample size of only two different brands, but it still illustrates the point that quality matters.

The quantity of powder contained within a shell casing is one of the biggest variables that influences muzzle velocity. Other factors can come into play, but for the most part, it’s the powder charge.

I debated for a long time about how to measure the consistency of powder charges between ammo types. I didn’t really want to pull down 100 rounds of each type to individually weigh and document the powder charges, especially if it wasn’t really a useful measurement in the end.

Instead, I chose to simply chronograph a statistically significant number of rounds and use that to compare, since the velocity is largely what’s effected by powder charge variations. Like I mentioned earlier, it’s not the only variable that influences velocity but since we can’t really do anything about that with factory ammo, it’s somewhat of a moot point.

Velocities were measured with the chronograph 15’ away, from an 18” Ruger American Predator:

Comparing the standard deviation of these two loads is very telling. To give you a baseline, experienced handloaders seek a SD in the single digit range. Obviously, any factory loaded ammunition will be above that range, but the Hornady loads are much more consistent than the ZQI.

The higher levels of control within match grade ammunition production can help keep all of the variables that affect muzzle velocity in check. We see lower variation in muzzle velocity with more consistent powder charges. And that directly translates to more precision downrange.

ZQI uses a standard 147 grain FMJ boat tailed bullet for this M80 clone. I happen to have a bunch of unfired M80 bullets handy, so I weighed out 100 to see how they measured up:

I did the same with 100 commercially available 168 grain AMAX bullets from Hornady, the same type used in the Hornady Match 308 load:

In addition to being far more consistent when it comes to average bullet weight, the Hornady AMAX is ballistically superior in every way to the M80 Ball. G1 ballistic coefficients for the 168 AMAX and M80 Ball are .475 and .393, respectively.

These differences really start to show up the further out the target is.

To compare the precision of the non-match ZQI and Match Hornady loads, I fired two separate 10 round groups at 100 yards, and two separate groups at 600 yards with both types of ammo. Here are the gear details: 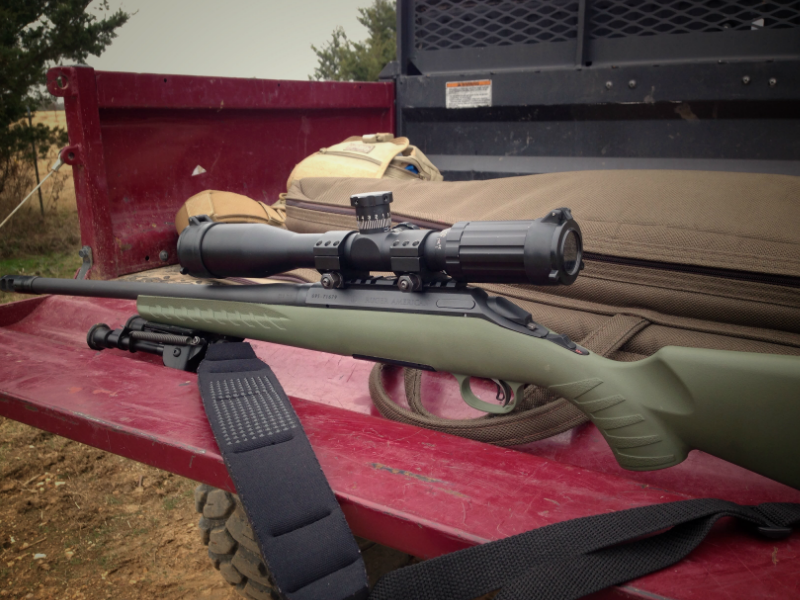 Conditions for all groups were favorable, with a slight breeze quartering from the 4:00 position. I didn’t do anything to try to compensate for it. Yes, this is a small sample size. But, they are 10 shot groups and it illustrates our concept.

The Hornady Match produced groups that hovered between 1 and 2 MOA, at both 100 and 600 yards. My 10 shot group at 100 yards clocked in at 1 ⅜” tall x 1” wide, and the 600 yard group measured 12” wide and 8” tall. I would attribute this primarily to the very ballistically capable AMAX bullet, and the low standard deviation of muzzle velocity.

Predictably, the ZQI performed much worse. 10 shots at 100 yards came in at 2” wide by 3.25” tall. At 600 yards, the group measured 20.25” wide and 26.5” tall. Unfortunately, this group was fired on a different day than the Hornady Match. But wind conditions were very comparable, and just like with the Hornady Match, I didn’t do anything to try and compensate.

It goes without saying that the practical differences between match and non-match ammo are very clear, especially at 600 yards.

Before we wrap everything up, I’d like to provide some fast points on our selections:

Is Match Grade Ammo Worth The Extra Spend?

Ultimately, you may be asking yourself “Do I need match grade ammunition?” Well, like many things in the shooting sports, it depends on your goals.

Is your objective is to shoot deer under a feeder from your stand 75 yards away? You probably don’t need match grade ammo, or even a nice rifle for that matter. Ammunition that’s only precise enough to shoot a horrible 8” group at that distance (if such a thing is even possible with modern production facilities) will be more than accurate enough to get the job done.

Preference of bullet performance on game, rather than the inherent precision of the cartridge can also become a priority depending on your purpose. A good soft-point hunting bullet might not beat an open-tip match selection in a bullseye contest, but will likely have better terminal performance on game animals.

However, if you desire to hit a grapefruit-sized steel targets at 500 yards, then your accuracy requirement is going to necessitate a more precise load. And in that case, it’s time to order or create some very precise ammunition.

If you shoot short-range local 3-gun matches, you can probably get away with a non-match loading. Buying bulk ammunition will give you plenty of volume to practice and compete, without completely breaking the bank. Once again, the accuracy requirements of this type of shooting game (big steel plates inside of 200 yards) usually let you get away with less precise ammunition if your skills are up to the challenge. Of course, national-level matches with targets at 600 yards or more are again a different animal entirely.

I hate that so much of this type of discussion is tied to money, but very few of us are independently wealthy. Justifying more consistent ammunition will almost always involve discussion of the monetary cost. 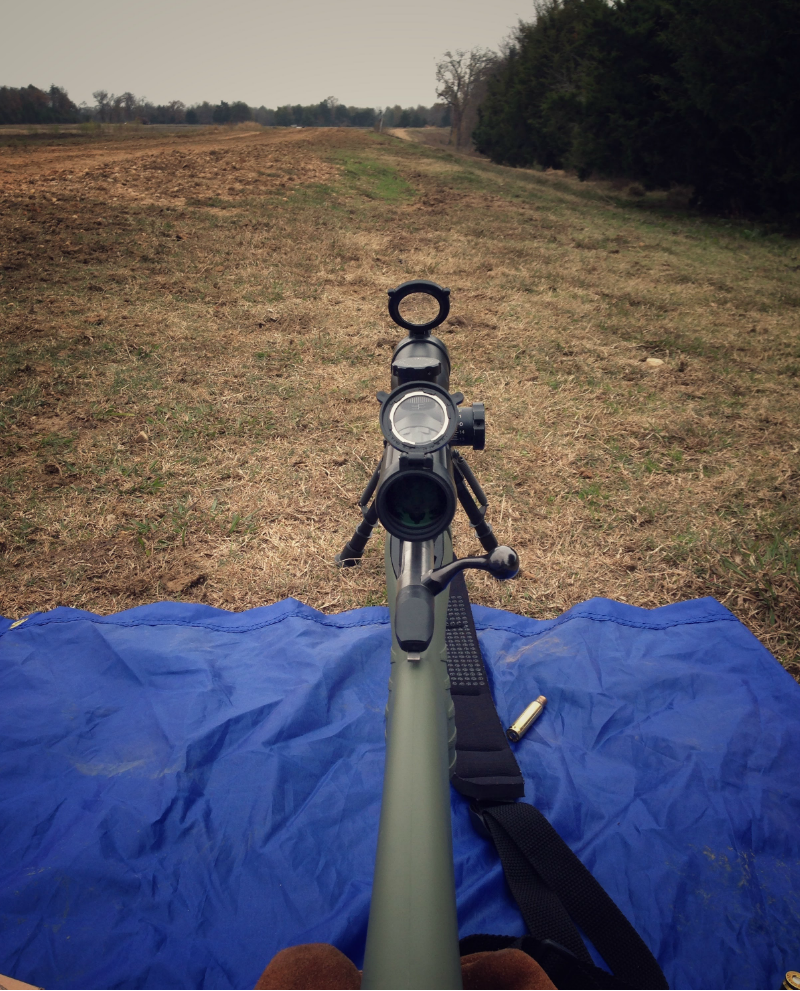 No matter what your goals are: Balance your accuracy needs with the precision that you require and the rate at which you want to practice, and you’ll be well on your way to keeping the ammo monster fed. With or without match grade ammunition… depending on the job description.