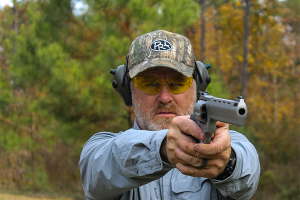 Several years ago, I read an article about hunting with a pistol. I was intrigued. Until that time, I never thought of a pistol, or handgun, as a weapon used for killing animals. I always saw them as a personal protection gun and one for the range. After that article, I began a long affinity for hunting with handguns. From .22 semi-autos for squirrels and rabbits to big bore handguns for whitetail and feral hogs, I have fallen in love with the challenge of hunting with a handgun. 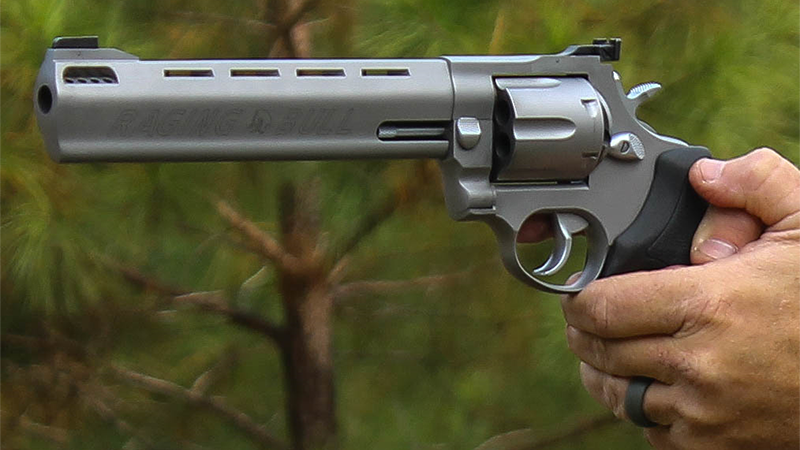 When delving into this several years ago, well, I guess it is more like several decades ago, I had to learn a lot about handguns, pistols, and revolvers. I studied and studied calibers, ballistics, bullet weights and expansion tables to ensure I was using the proper gun, bullet and weight of bullet for my quarry. Indeed, there was a lot to learn. The same matrix that applies to rifle ballistics does not translate into handgun hunting. The same calibers may be used, but the ballistics are different due to the makeup of the gun the round is being fired from.

I will start with the definitions in a hunting scenario. Handguns typically refers to all handheld and hand-fired guns. Pistols, revolvers, bolt actions and single shots are all handguns. The ATF (Bureau of Alcohol, Tobacco, Firearms, and Explosives) defines a pistol as any handgun that does not contain its ammunition in a revolving cylinder. A revolver is a handgun but is, well, a revolver. Handguns, such as the Remington 100 and the Savage Striker – both bolt action handguns that shoot typical rifle rounds, are pistols. The same is true for the T/C Contender, Encore and G2 single-shot pistols. All handguns that do not have rotating cylinders are pistols.

After years of hunting with pistols and revolvers, I must admit, I love them both! But I am drawn to the wheelgun. There is something romantic about the gun that won the West that appeals to me. When hunting pigs, deer and the like, I reach most often for one of the revolvers.

After much research, the calibers that I personally stick with are those designed for pistols and revolvers. A favorite is the .44 Rem. Magnum. This caliber is readily available, affordable and comes in a wide array of configurations. From the behemoth 300 grain blunt nose to the Hornady LeveRevolution in 225 grain, a personal favorite for whitetail deer.

Recently, I had the chance to get my hands on a Taurus Raging Bull. When I first took the Taurus Raging Bull from the box to write down its serial number, I couldn’t help but notice the weight of the giant handgun. As someone who enjoys hunting with handguns, the fit and feel of the gun are of utmost importance. The fit and feel of the Taurus 444 is what you’d expect in a big bore handgun.

One of the Original Raging Bulls, the 444 is still among America’s favorite hunting handguns. Chambered in the popular and powerful .44 Rem. Magnum, the 444 is built for a lifetime of use. Offering award-winning designs, the 444 features crisp trigger break when fired in single action as well as a smooth pull in double action for enhanced accuracy.

The gun I tested arrived with an 8 3/8” barrel and a matted stainless finish, which I personally really like. It sported a manufactured muzzle brake and cushioned grip to make shooting a lot more comfortable. First impressions were stellar.

One of the key elements that I personally love about Taurus handguns is their patented and unique Taurus Security System (TSS) using a unique key that is provided with each handgun. The TSS enables users to lock the hammer, making the gun unusable and completely safe. Taurus describes it like this: “When the Security System is engaged, the pistol cannot be fired or cocked, and the gun’s manual safety cannot be disengaged. As with our revolver Security System, the device is part of the firearm and cannot be lost, and the same special Security Key works for both the revolver and pistol Systems (two keys come with most guns). To engage: simply insert the Key into the button on the rear or side of the pistol and rotate one-quarter turn clockwise. This engages the Security System…To disengage: simply rotate the key one-quarter turn back. This releases the Security System.”

Coming in at 63 ounces, this is one beast of a handgun, which is exactly what hunter’s demand. The “Dual Lock-up Cylinder” provides stability under extreme pressures. The weight, coupled with the porting, and cushioned grip allows the gun to absorb a sizable portion of the recoil. Having shot a lot of big caliber handguns, the cushioned grip, muzzle brake and weight of the Taurus make this Raging Bull a pleasure to shoot. As with all handguns, and guns in general, you will definitely need your hearing protection when shooting this cannon.

At the range I shot a variety of ammunition through the Taurus Raging Bull 444. I began with some standard Federal Fusion 240 grain jacketed hollow point. Then I tried the Hornady 300 gr. jacketed hollow point and finished with a personal favorite, Hornady 225 gr. LEVEReveloution. Shots were performed at fifteen yards, twenty-five yards and fifty yards respectfully. As an older hunter who enjoys using handguns, I am limited with iron sights. The Taurus 444 does not come drilled and tapped for scope mounts, but there are several aftermarket rails available for reasonable prices. I would recommend for hunting purposes that optics be added to increase accuracy at distance beyond forty yards.

Target acquisition on follow-up shots in double action were fast and accurate. The smooth trigger coupled with the muzzle brake allowed extremely fast recovery and fast follow-up shots. With no adjustments to the sights, I was able to put three shot groups in the center of the target at both fifteen and twenty-five yards. I did have some difficulty at the fifty yard distance, but that could easily be attributed to my eyesight and not the gun.

Shooting the Raging Bull gets everyone’s attention at the range. The report, recoil and massive holes in the targets draws a crowd with some asking for the opportunity to get their chance at firing a Raging Bull. Being selfish, I kept the Taurus to myself. Carrying such a big and heavy gun requires a large, beefy holster. The new tactical drop hip style and the bandolier style are best suited for a gun of this size and weight.

As a hunting handgun, the Raging Bull is an excellent choice. Most hunting is done in single action. Whether sitting in a stand or blind, the relatively quiet cock of the hammer and the crisp trigger made firing this cannon easy and comfortable. Having taken a variety of game with handguns, I am sure the 444 would pass the test against any animal in North America and beyond. I look forward to the opportunity to move from the range to the field with a Raging Bull and see how it performs on large game.

The Taurus 444 Raging Bull is without question one of the best hunting handguns available on the market today. If you love hunting with handguns, this needs to be in your arsenal.