Skip to content
blog.GritrSports.com > Conversations > What Is The One Firearm You Can’t Live Without?
Conversations 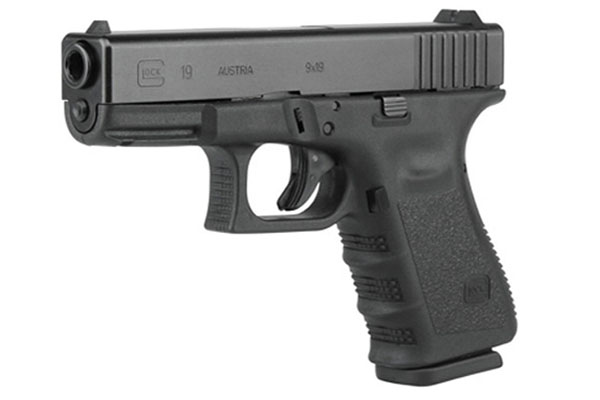 When you think about the most important weapon in your gun safe, what would be the one gun you can’t live without? Let’s set aside family heirlooms and rare guns and just talk in basics for a while. Factors like the place you live, the shooting activities you love, self defense options, and yes even end of the world or survival preparations have to be taken into account when discussing this scenario. Let’s examine the three basic answers before we make a final determination.

A handgun is likely the first firearm that comes to mind when you think of a weapon you can’t live without. Conceal and carry applications are arguably more important than ever before, and a handgun offers a distinct advantage because of it’s portable size. A handgun is also the obvious choice for home defense, and depending on the model and type, you’ll have 6-12 rounds to work with in self-defense situations. When it comes to hunting and survival applications, the choice of a handgun is not ideal to say the least. Long range and/or big game hunting will be very difficult, and you could potentially waste precious ammo hunting if you were in a survival situation. Still for many the handgun remains the first choice if they could only own one firearm. Revolver or semi-automatic handgun will be a matter of personal preference, but when it comes to simplicity and dependability, it’s hard to argue with a trusty revolver. On the other hand, a semi-auto handgun will give you the option of more rounds and faster reloading times. It really depends on what the owner values more.

We’ll group these two rifles together even though they really differ in several ways. It is important to note that while an assault rifle can double as a hunting rifle, obviously a hunting rifle does not double as an assault rifle. However, certain hunting rifle models are vastly superior at longer range shooting, and that could be the deciding factor when hunting for food in a survival situation. The assault rifle on the other hand is the premier combat weapon should you ever need one, and low recoil and high accuracy is a combination that works for pretty much any scenario except conceal and carry. Home defense may get a bit tricky with an assault rifle when opening doors etc., but it will still pretty much serve the purpose. As you would guess, a hunting rifle cannot be considered much of a practical home defense weapon. All in all the assault rifle appears to be the better choice of the two since it can still offer survival and hunting options in a pinch.

While a shotgun may be tailored more for hunting and sport shooting applications, it is just as useful as a home defense weapon should the need arise. Again, since you’re utilizing both hands while holding the shotgun, opening doors can be a bit tricky, but it is possible with practice. A shotgun would be a great weapon to have in a survival scenario, but unless you’re clever, a shotgun isn’t the best combat weapon unless you’re firing slugs or buckshot, and even then it doesn’t match up well against a firearm like an assault rifle. The ability to fire either slugs or shot does give the shotgun a distinct advantage when it comes to both close and medium range hunting scenarios. All in all the shotgun is a very versatile tool, and really only loses out because of it’s size when it comes to conceal and carry options.

The best choice is overwhelmingly a shotgun in our humble opinion, but that doesn’t mean it’s the right choice for you. While a handgun probably finishes a close second, it doesn’t normally fulfill the hunting requirement, and hunting remains one of the primary uses for firearms. The assault rifle is right behind handguns in third place, but since an assault rifle is expensive,  and not always the preferred choice for every shooter, it can’t be considered the universal “must have” weapon. Finally, there’s no doubt the hunting rifle is great for its intended purpose: hunting. But it can’t be considered a versatile firearm by any means. This leaves the trusty shotgun. Shotguns can provide great performance at both close and medium range, and they are very valuable in both hunting and survival situations. While it can’t be concealed, the shotgun still acts as an adequate home defense weapon, and that purpose is arguably more important than everyday carry. In our opinion, the shotgun has to be the choice if you can only choose one firearm.

However unrealistic the scenario is of having to choose one gun, it does make you think about what your go-to firearm would be. What do you value more? What is the most reliable weapon you own? These are questions you should ask yourself as a gun collector. In extreme circumstances, there might not be time to pack up your entire gun safe, and it pays to know which firearm you should grab when time is scarce. Once you’ve decided what weapon that is, do yourself a favor and invest in it. Purchase some accessories to make it better than ever, and ensure there is an adequate amount of ammunition for it. It is after all your go-to weapon, treat it like one.