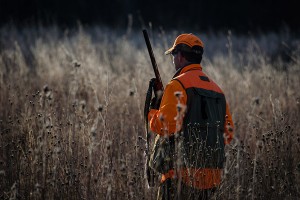 While you don’t need a ton of gear for pheasant hunting, choosing the right shotgun, shells, chokes, clothing and more will make a big difference out in the fields!

When compared to many other hunts, the pile of gear you need when pheasant hunting is significantly smaller. This comes as a big relief to many hunters, and it makes pheasant hunting even more rewarding. 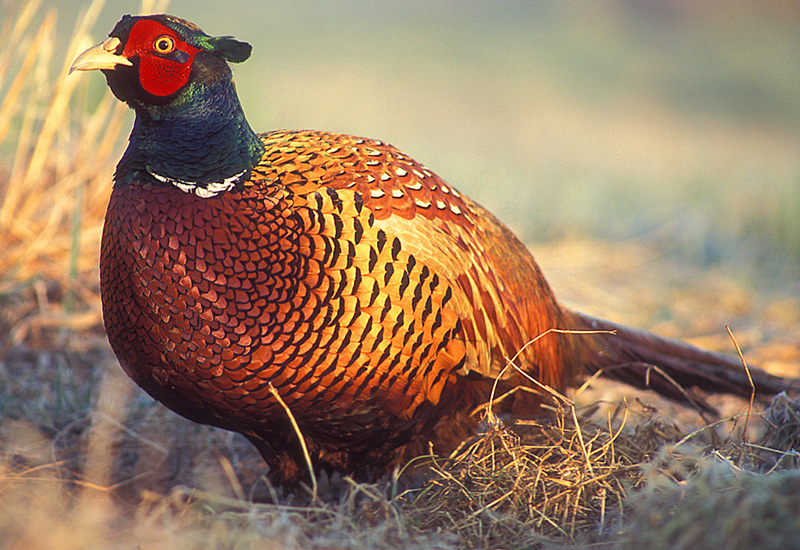 You don’t need to worry about finicky contraptions that require batteries, scent protection, decoys or sprays. For the most part, hunting pheasants is about the hunter, his gun and his wits. However, there are some things that can make your hunt more enjoyable and add to your chances of success.

At the end of the day choosing a great pheasant gun comes down to one thing: comfort. You can buy the most expensive shotgun with all kinds of add-ons, but if you’re not comfortable shooting it, it won’t be the right gun for you.

The 12 gauge shotgun is the top choice for most pheasant hunters; however, some hunters feel more comfortable with a 20 or a 16 gauge. While there are advantages and disadvantages to each gauge for pheasant hunting, they will all get the job done. 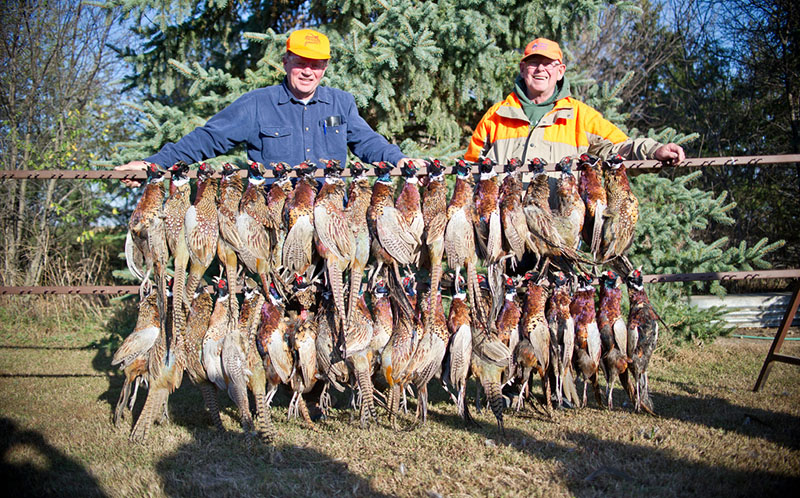 Once you choose a gauge, the next choice revolves around the action. A good pump-action shotgun offers a great starting point. Pump-actions are usually more budget-friendly than other action types and they are known for their reliability.

That being said, when most experienced hunters think about a classic pheasant hunting shotgun, they think of a lightweight over-under. Over-unders allow you to fire two shots without cycling a round, and they are comfortable to carry through the fields for most hunters.

Other hunters prefer semi-auto shotguns for pheasant hunting since they give you another shell no pumping required. However, semi-autos are typically the heaviest of the common actions and that makes a difference when you’re walking through field after field. It is also important to remember that the pheasants are usually going to be out of range by the time you get the third shot off.

Other than turkeys, pheasants are some of the heaviest game birds hunted in North America, and the pheasants on a game farm are going to be even bigger. Target loads are just not going to provide a consistent kill on most pheasants.

While you may go through several boxes during an active dove hunt, pheasants don’t typically cause as many missed shots and their daily bag limits are significantly lower in most states. Since you won’t be going through more than a box or two during a season, spending a little extra on high brass 4 or 5 shot shells is a good investment.

While lead shot continues to maintain the top spot among pheasant hunters in North America, non-toxic shot loads are gaining popularity. Also, keep in mind that many states and all federal lands require non-toxic shot.

Your choke can make a big difference during a pheasant hunt, so it is important to understand how they work. Choosing the right choke is all about estimating the distance of your typical shot. For example, an open cylinder choke is best for shooting at pheasants between 15 and 20 yards away. If you’re going to be hunting in tall cover, like an unharvested field, an open cylinder may be your best choke because you won’t have much time to take your shot before the pheasant disappears.

A skeet choke is the best choice when most of your shots will be between 20 and 25 yards. If you’re hunting with a dog pointing in medium cover and plan on standing 4 or 5 yards behind the dog, you will end up with a 20 to 25 yard shot by the time you get your gun aligned.

If you make the mistake of leaving your full choke in, you will most likely miss a lot of shots. Even if you do manage to hit a pheasant, the bird will probably be too damaged to eat or do much of anything with.

Before you hit the fields, you need to make sure you have the right clothing for the day. In most states, you must be wearing at least one blaze orange article of clothing above your waist. Your head is typically the first thing other hunters will see, so it is a good idea to start with a blaze orange cap. A blaze orange hunting vest is another good choice for safety.

Since the weather during pheasant hunting varies greatly from day-to-day and region-to-region, you should be prepared to wear a t-shirt or a jacket under your vest depending on temperature. In the northern states, it is important to have a good hunting parka to keep you warm on those cold and windy days. 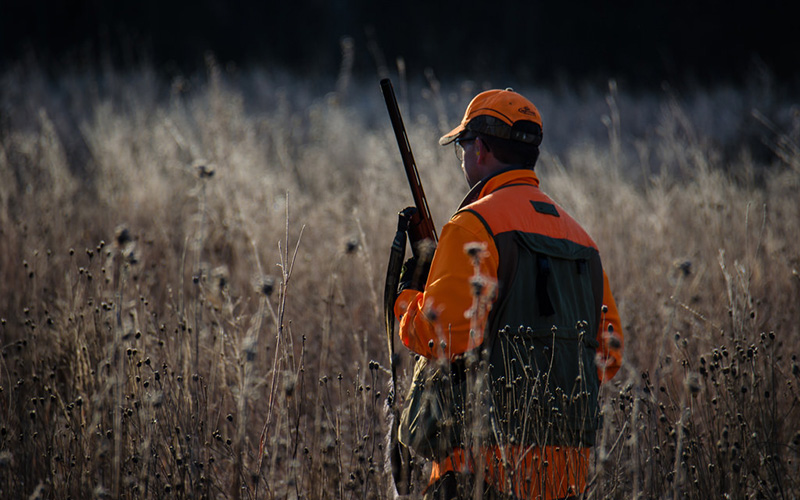 When choosing pants for pheasant hunting, always think rugged. Pheasants thrive in some of the nastiest habitats in North America. You will almost certainly encounter many different types of stickers, thorns and burrs when chasing pheasants through the fields. Heavyweight jeans are a good place to start, but you should also consider investing in some rawhide chaps for protection. You can also throw on a pair of leather shooting gloves to protect your hands.

High-quality hunting boots are another must-have for pheasant hunting. You will be doing a lot of walking, so some good insoles are also a great idea. Since the constant movement of your feet is typically enough to keep your feet warm, insulation isn’t as important as it may be when deer hunting.

Waterproofing, however, is very important. The morning dew can leave you surprisingly soaked without waterproof boots, not to mention pheasants like marshy cover in general. Walking the fields with wet feet is never fun!

A hunting dog is not a requirement for pheasant hunting, but a dog will make finding both live and shot birds much less time-consuming. The most common pheasant hunting breeds include: Labrador Retrievers, English Pointers, German Shorthairs, Spaniels and Weimaraners. 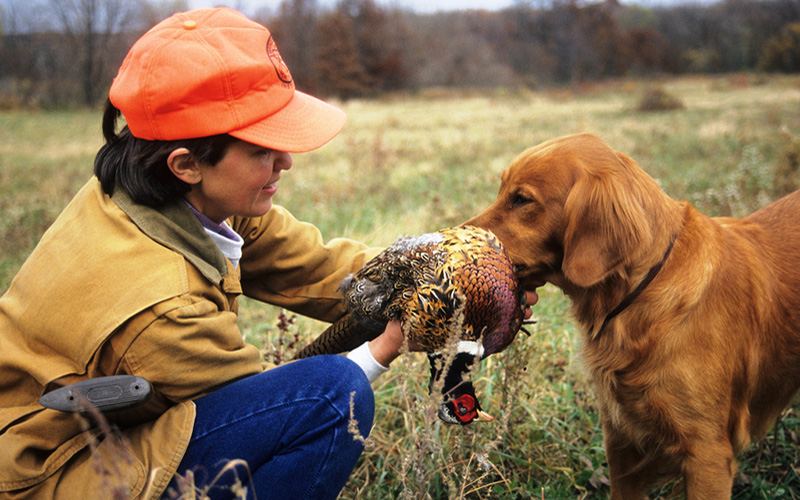 No matter what breed you have, it is all about training. You get what you put into a hunting dog, and training one takes a lot of time and work. If you haven’t put in the time, it may be better to leave your dog at home to avoid frustration.

There are many other items that can help you on your next pheasant hunt. Since safety should always be your first priority, shooting glasses are essential. They can help protect you from gun malfunctions as well as eye-level thorns and limbs. Hearing protection is also a good idea, and some simple ear plugs won’t cost you much.

Don’t forget to bring some drinks and snacks to keep you feeling good during the hunt!