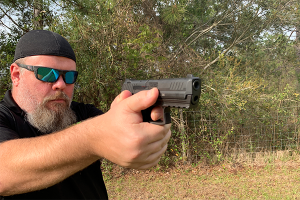 If you have spent any time around guns, you have most likely heard of Heckler & Koch also known as HK. This company is most notable for the iconic MP5 submachine gun, the world famous G3 battle rifle and the elite PSG1 sniper rifle. Aside from their amazing rifles, HK has also made its mark by producing battle proven pistols such as the P7 squeeze cocker and the HK Universal Service Pistol also known as the USP. In this week’s article I review another pistol in the Heckler & Koch dynasty quietly making its own mark in the historic program, the HK P30 in 9mm.

This German company was founded in 1949 and primarily made replacement parts for household appliances and bicycles during the early days. In 1955, HK shifted its focus to strictly making guns. The HK G3 infantry rifle was my first exposure to the brand in the mid 90’s. Since that first encounter at a gun show, I have held the company in very high regard. When I think of high-quality German engineering, I think of the legendary car companies that got their start in the same country. Heckler and Koch follows in that tradition and does not disappoint.

Another indicator of quality for me is the opening of the manufacturing facility in Columbus, Georgia. This facility allows them to bring down prices as they don’t have to ship overseas from Germany. By doing this, their guns can get into the hands of the average American wage earner much easier, increasing their market share and allowing them to keep making guns for a long time to come. This, I believe, is the epitome of customer focus.

The HK P30, introduced in 2006, comes in a standard plastic pistol case with the HK logo printed on it along with the model, serial number and UPC code printed on the handle. Inside the case is the pistol, two magazines, a magazine loader, two different size replaceable back straps, two different size frame inserts, the manual, and a cable lock. The standard magazine capacity is 15 plus one. This 9mm P30 comes with HK night sights that are not tritium but glow in the dark and a version 1 Law Enforcement Modification, or LEM, double action only trigger.

When you get the LEM trigger on HK pistol the hammer comes bobbed. The bobbed hammer makes it very unlikely to snag on clothing when unholstering. The trigger, when pre-cocked, has a long, yet very smooth, take up. The trigger breaks at about 6 1/2 pounds and has little to no over-travel. The reset distance is very similar to the Glocks that I own. In fact, after the initial take-up the trigger is very reminiscent of a good striker fired trigger. The added benefit of the LEM trigger is the re-strike capability. If the round in the chamber is struck and does not fire you can simply pull the trigger again hoping the next strike will cause the primer to ignite. The trigger pull on the re-strike capability is very heavy. My digital trigger pull gauge tops out at 12 pounds. When trying to measure the weight of this pull it gave me an error message. The feature is there, though, and could prove beneficial in some situations.

Back Straps / Other Features

The back straps and frame inserts are three different thicknesses each to customize how the pistol feels in your hand. Once I found my frame insert and back strap combination, the P30 is very comfortable to hold. The slide stop is a long lever on both sides of the frame to be truly ambidextrous. The extra length of the levers allows people with short thumbs (like me) to actuate them without having to change their grip. Field strip disassembly is a very easy. It very much reminded me of taking apart a standard 1911 style pistol but without the barrel bushing. Unlike most striker fired pistols you don’t have to squeeze the trigger on this before field stripping.

To begin the range session, there were two things I noticed the most. One was low recoil. Secondly, the P30 was noticeably quieter than other semi-autos of the same caliber. The softer recoil allows for faster follow up shots. This is very beneficial in competition or in self-defense situations.

Regarding the frame inserts, I placed a small insert on the left side of the grip. I left the medium insert on the right side of the grip as well as the medium back strap on the grip. With those inserts in place, and the three finger grooves on the front of the grip, the pistol molded to my hand. The grip texturing is a thoughtful addition as well. It is aggressive but not overbearingly so. It made holding on to the pistol with sweaty hands while shooting in hot temperatures much easier.

The ambidextrous paddle magazine release takes a little bit of practice, but now prefer it over the push button style. The ambidextrous slide stop levers are about two inches long. The extra length makes them great for people with short to medium length thumbs, like me. The Heckler & Koch three dot night sights despite tritium inserts are reliable. They glow-in-the-dark after exposure to ambient light and are easy to see. The front sight has enough of a vertical rear sight surface to make one handed reloads a snap. The accuracy of the HK P30 is undeniable. I was consistently shooting tighter groups with this gun over my others. This was not “new trigger syndrome” or “new gun syndrome.” I was more accurate with it even after several hundred rounds.

The Heckler and Koch P30 is one fine gun. It’s like having the winner of a beauty pageant also happens be a mixed martial arts champion. It’s low recoil and softer report make it an especially appealing option. Best of all, I experienced zero stoppages over the weeks of testing. The P30 exceeded my lofty, albeit realistic, expectations. 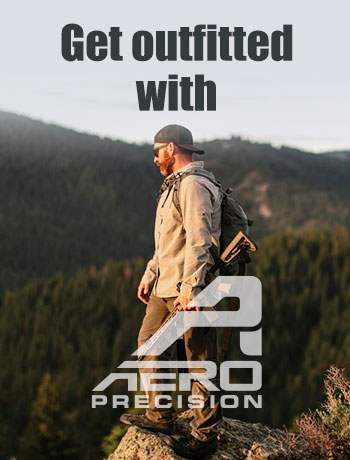 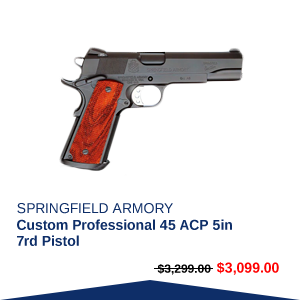 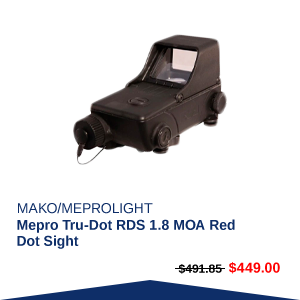