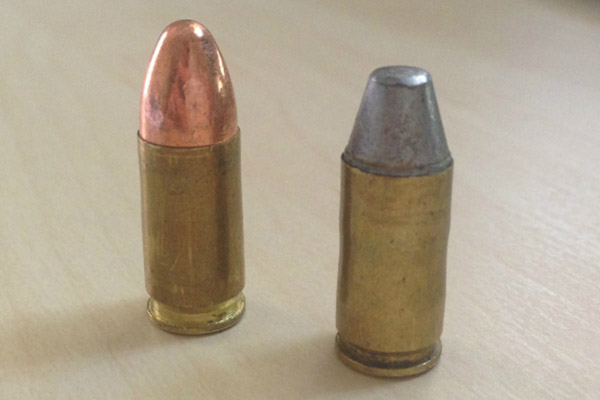 It’s nearly the summer of 2015, and by now even the most casual of shooters are familiar with the economically harsh realities of being an American gun owner during tumultuous legislative times. Ammunition in all calibers is expensive, and it’s not getting any cheaper, or easier to find consistently on certain shelves, anytime soon.

These facts have caused many an avid rifle and pistol slinger to turn to the age-old practice of rolling their own. Reloading metallic cartridges with the goal of saving cash (and many other good reasons) has been common in many circles for decades.

But after years of reloading experience, and countless pulls of the press handle, I’ve come to a realization: reloading isn’t for everybody. And just as there are many excellent cases for making your own ammunition, there are also some good arguments against it.

1. Reloading probably isn’t going to save you any money

If you’re wanting to get into reloading to save money, you might as well forget about it. I haven’t known a single person that’s cut down on their long-term ammunition costs by buying a full set of reloading equipment, even after their initial investment has been made back with the lower per-round cost. But, this is by far the most common reason shooters express interest in reloading. So what’s up?

While it’s certainly true that the cost per round goes down significantly for the do-it-yourself ammunition consumer, the overall cash outlay tends to stay static. I’ve found that my ammunition expenses were generally the same before and after reloading. The difference is that I pulled the trigger a whole lot more for the same dollar amount spent.

Purchasing reloading equipment with the intention to simply spend less is a nice thought, but I’ve just never seen it work out that way in the real world. Cheap ammo makes us want to shoot more… so we buy more reloading components. I’ve seen it happen every time.

Granted, it’s also important to also consider what you’re getting for your money. And, everybody’s situation and needs. A dedicated precision rifle competitor may very well see a significant savings when the loaded costs of his precision match ammo drops by 50%, but this is often inconsequential in light of the other expenses of that discipline. And a father who reloads for his three children involved in local USPSA matches certainly isn’t going to save any cash.

Now, a beginning hunter who purchases a modest set of reloading equipment and components to load a single cartridge for harvesting game will likely see savings. But this situation is going to be a much lower round-count scenario than the above depicted ones, and that leads directly into our next point.

2. Reloading is a huge time investment

The amount of time that must be invested in reloading is probably the biggest factor that shooters fail to take into consideration. This is perhaps because reloading is often seen as a secondary hobby. And there’s nothing wrong with that.

Reloading can be an enjoyable experience, but for many shooters (myself included) it’s simply a means to an end. I didn’t buy a fancy progressive press because I liked the prospect of standing in front of it like a robot, carefully operating the handle for hours on end. I bought it so I could shoot more!

Weigh what your time is worth. Reloading, even with the sleekest and most efficient of equipment setups, is a time-consuming activity. I’m still at the stage in my career where knocking out an hour or two of loading at the press a few times per month is cheaper than ordering my practice ammunition online. Your situation may be different, though. How does sacrificing your evening measure up to the cost of just driving to the sporting goods store and laying cash on the counter for a case of ammunition?

With this in mind, any way to turn components into finished ammunition more quickly and with greater efficiency is going to be a winning proposition, and one that usually comes with a hefty price tag attached.

Generally speaking, the more you spend on your reloading equipment, the less time you’ll spend actually loading. Efficient equipment is going to cost you, but in the long term is definitely worth it if your needs call for it.

3. Reloading can take up a lot of space

Once again, the more equipment you have, the less time you tend to spend on making ammunition. It’s quite possible to load your own ammo with equipment that can fit entirely in a medium-sized toolbox, but production is not going to be a fast proposition. And lots of equipment means lots of space.

It helps to be able to dedicate a sizable amount of garage or workroom footprint to your reloading habit. Even a small, single stage reloading press needs a solid workbench or counter surface to bolt to, and this also takes up room.

You’ll need a safe place to store your primers and powder (separately from one another, of course) and it helps to have a garage or workroom to run your case polishing equipment. In my personal experience, the lady of the house tends to frown upon things like dusty vibratory polishers rattling around on the apartment’s bathroom floor. Plan accordingly.

Speaking of apartments and reloading, don’t let your lack of space in an urban environment prevent you from getting started. It’s much, much more difficult to load in the tight confines and limited size of an apartment, as compared to a spacious garage, but still totally doable.

Having plenty of space to spread out can make it easier to be organized. And organization leads to better reloading safety practices, which is always a positive thing.

Once you total up the initial start-up cost for a complete reloading setup that meets your needs, it’s quite likely that you’ll realize that that sum would purchase a tidy pile of ammunition, especially once you factor in your time and the cost of reloading components.

It’s going to take time to recoup this “entry fee”, but there’s an easy way to calculate your break-even point. Simply calculate the loaded cost of your reloads, and subtract it from the price of commercially available ammunition. Then, divide the dollar amount of your reloading equipment by the savings.

For example, if it costs me $.15 in components to reload 9mm Luger, and factory ammunition is $.32, I’m saving seventeen cents per round. If my progressive reloader was $500, it means I’ll make the equipment cost back in around 3,000 rounds. And if I shoot a box of 50 rounds per week on my lunch break, it would take a little over a year for the investment to make sense.

Of course, this doesn’t factor in what your time is worth.

When the 2008 election-fueled panic buying first began in earnest, there was a huge surge in reloading interest simply because, for a while at least, the only way to get ammunition was to make it yourself. But, reloading components soon fell to the demands of the panic as well, and the shooting community was no better off than it was before.

Many reloaders were born because of the skewed supply and demand for factory ammunition, and it took much, much longer for those new reloaders to see a return on their investment than it normally would have. This was simply because there weren’t enough components to satiate demand. Those were dark days.

Consider your given discipline. If you’re a precision rifleman, getting high-demand match bullets might be an issue, which means it could take a long time to “make” your money back. Competitive handgun shooters, however, can choose from plentiful lead bullet suppliers and come out ahead much sooner, relatively speaking.

Simply put, proceed with caution, and evaluate your shooting goals and needs honestly. Where do you see yourself after the year (or more, depending on caliber and your level of shooting activity) that it takes for you to recoup your investment? And what could you have done with your time in the meantime?

5. Reloading is detail-oriented, and requires patience

A coworker of mine was once bemoaning the rising price of .300 Blackout ammunition. Having just purchased a short-barreled rifle, he was eager to start shooting it as much as possible… until he started ammo shopping, and saw scarce supplies and the subsequent high prices. I asked him why he didn’t invest in a basic reloading setup to help alleviate the drought, and his honest reply was somewhat refreshing: “I just don’t have the patience for that type of thing.”

Let’s face it. Reloading is about as detail-oriented as it gets when it comes to activities within the shooting sports. If you make one of the “bad” mistakes (like accidentally using pistol powder for a rifle load), you’ll destroy your firearm and probably a couple of important body parts.

Be honest about your personality. If you’re the type to throw you shotgun across the trap field when you miss a target or kick the family dog when the Cowboys lose, reloading probably isn’t for you. Risking your life, digits, limbs and eyesight simply isn’t worth it. Some people just don’t have any business reloading, and statistically speaking, you just might be one of them. Make your decisions accordingly.

This post is by no means meant to discourage or dissuade shooters from learning how to reload. It can be a rewarding pastime, both in its own right and in how it can contribute towards your shooting goals. But, it’s definitely a process that’s worth heading into with both eyes wide open. Thoughtfully consider your particular needs, then check back here often for more articles on reloading your own ammunition.