Skip to content
Blog.GritrSports.com > How to Guides > Understanding Bullet Weight For Big Game
How to Guides

When it comes to bullet weights for most hunters, it is really an afterthought of sorts. It’s true that for most of our adventures, bullet weight matters very little as long as you’re using the right caliber. On the other hand, if we want to get the most from our firearms, for hunting big game across North America, bullet grain weight becomes more important. For our purposes, a big game animal starts at a weight of around ninety pounds and goes up from there to the largest North American moose and the biggest bears that can weigh in at close to a ton. At the onset it may seem this only really matters to the engineers and type “A” personalities out there and there is little interest for the rest of us. For most hunters, bullet weight plays more of a major factor on accuracy and recoil to make that ethical shot effective than they realize. So how does one decide on the proper bullet weight for his or her application? There really is no easy answer, but there are some guidelines that can help. But since there are literally thousands of calibers available to hunters, we will look at the basics of the most popular calibers that are used across North America for big game.

Varmint bullets should not be used for big game hunting. They are not designed to withstand the punishment or size of the animals we are hunting. Neither are FMJ bullets designed for hunting and are illegal in most states and provinces. Most bullets actually have some diagram or picture on their packaging that will indicate what sized animal the bullets are designed for use on.

To begin with, what really is grain? How is it defined and why is it used to measure bullets?

Bullets are measured in a unit of mass called grains (abbreviated “gr.”). One pound is equal to 7000 grains, and there are 437.5 grains in an ounce. Bullets can weigh anywhere between 15 grains for the lightest 17 HMR bullets all the way up to 750 grains for the heavier .50 BMG rifle loads. The most applicable weights will be based on the caliber and the size of game you are hunting.

Even the most trained eye cannot determine the exact bullet grain by merely looking at a loaded bullet. You have to rely on the printed packaging from factory ammunition. And to confuse you even more, grain is also used to measure the propellant or gunpowder. But when reading a box, the grain indicated refer to the bullet weight only. The measurement of the powder is not printed on the box and really only a few shooters and hunters care when it comes to factory loads. Suffice to say that all factory hunting ammunition will have the bullet grain printed on the box. This is your starting point for selecting the proper bullet grain weight for your specific game. The best rule of thumb when selecting bullet weights is that lighter bullets are designed for smaller animals and larger bullets for larger animals. So the bullets below 100 grains are more suited for varmints while the larger ones for big game animals. 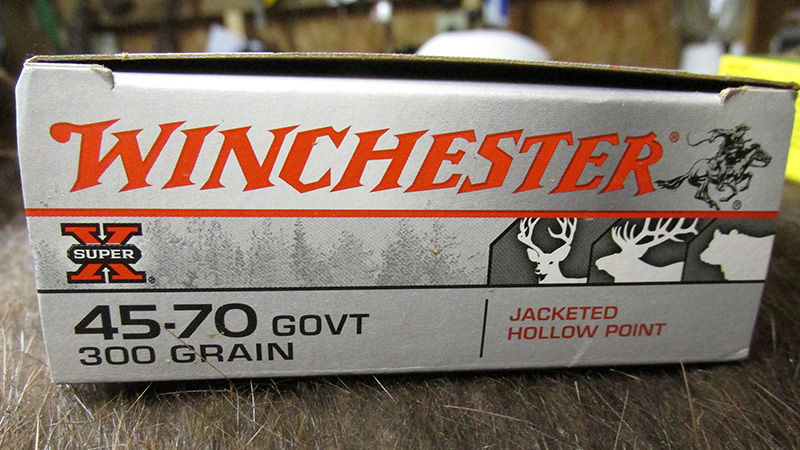 For example, the popular .30-06 has bullet choices ranging from 90 grains all the way to 240 grains. This wide range can make it difficult for some to decide. But when it comes to big game, we need to leave everything below 100 grains alone. I know there are some who will swear by the .22-.250 and its puny 55 grain bullet as devastating on smaller big game, but this is very questionable in most hands. For North American big game, we need to stay with the 25 caliber and larger. Sticking with the .30-06 as a point of conversation, even this deadly caliber is on the weak side when loaded with the 90 and 125 grain bullets. But put the 150, 165 and the 180 grain in its magazine and you have a great choice for an all-around weapon.

For all medium sized game from Whitetail deer, Mule deer, and Pronghorn, the 150 grain is very capable of killing them quickly and humanely out to reasonable ranges. The popular 165 grain bullet is also a great choice and caught on as a popular choice for the between bullets. Prior to the development of the 165, the .30-06 was available in the 150 and the 180 which caught many hunters between loads when they wanted one for everything. A deer hunter might prefer the 150 when hunting whitetail in the Midwest but want a larger 180 or 220 when hunting elk, moose or black bear. The 165 helped many bridge that gap. While the 180 is ideal for these larger animals, it is believed to be too big for whitetail especially when reaching out to longer ranges.

This same mantra fits with other calibers a well. But for clarity, let’s look as some specifically to paint as clear a picture as possible.

Other than the .30-06, the .270 is a very popular caliber today. This caliber has a wide range of bullet choices also. Ranging from the diminutive .65 grain to the largest 160 grain, the 140 is the most popular and probably the best all around. I am sure jack O’Conner would disagree, but outside of the smaller whitetail and some sheep species, the .270 is borderline when it comes to big game animals. Sure the .270 kills a lot of animals annually, but there are better choices today including the 7mm-08. This relatively new bullet design is a 7mm bullet (.270) shoved into a .308 case to produce one of the best calibers around. The 140 grain bullet in this offering is capable of killing almost anything in North America except perhaps the largest moose or bears.

Bullet weight and accuracy can be a myth or it can be magic. Accuracy is dependent on so many things, that to attribute it to bullet weight is a stretch. Accuracy depends so much on barrels, twist, optics, shooter ability and matching the right bullet to your gun. The latter is the place where bullet weight comes into play. To explain, let me relay something that happened to me that paints the picture accurately.

One of my Remington 700 rifles is chambered in .30-06. When I got the gun, I mounted my Bushnell Legend scope and placed into the chamber some Remington 165 gr soft tip bullets. After nearly forty shots trying to get the gun sighted in, I was very frustrated. Normal sighting takes me less than five shots and then I shoot a few for fun and confirmation. After my second box of shooting the 165 and getting no groups inside of four inches at one hundred yards, I realized that something was wrong. Not wanting to leave the range with my gun firing so poorly, I went to the truck and grabbed some additional ammunition. The only bullets I had left were some Remington Core-Lokt 150 grain. SO I loaded them and started firing. Three shots were inside .5” a slight adjustment to the scope and three more shots confirmed my zero at .34” at one hundred yards. The only thing I changed was my bullet and accuracy ensued. It may sound trite, but I have seen it many, many times-guns can be finicky when it comes to ammunition. 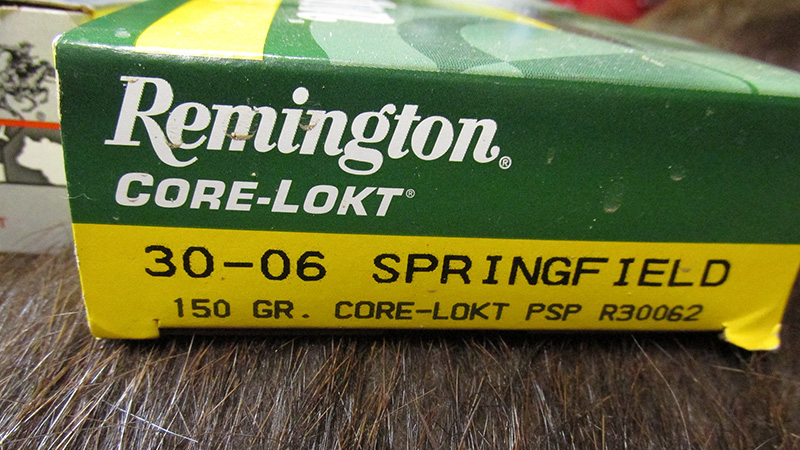 I have shot some 165 grain bullets in the .30-06 that were shear tack drivers and others that could not stay on the paper. The same is true with shooting different brands. Some of the Winchester brands shoot better in some guns, and Remington in others and still Hornady in others. If accuracy is what you are looking for, determine the bullet weight range for the proper game animal, then shoot those bullets. Try different manufactures and different bullet types until you find what works on that particular gun.

Granted it makes if frustrating that this gun shoots 150 grain Core-Lokt and that one shoots Federal 165 gr and the next is better suited for the Winchester 180 gr. But at the end of the day accuracy matters.

Understanding bullet weight for big game starts with a working knowledge of your game and the size, skin thickness and typical distance you will be shooting. Shooting whitetail at fifty yards and pronghorn at 400 yards can require different bullet weights in the same gun. But in today’s world, manufactures have made it easier than ever before to determine which is best for you.