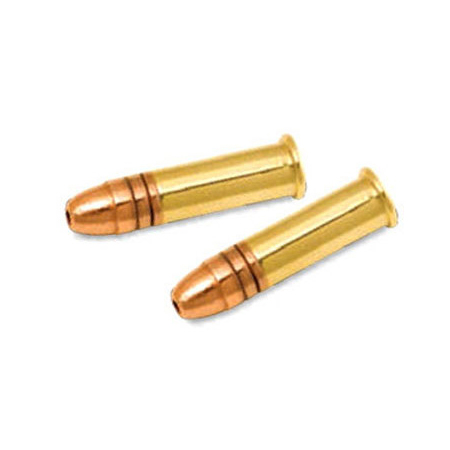 If you’re relatively new to shooting, it can be a great advantage to learn more about the different types of ammo available. You’ll be able to shop smart and select the best round and bullet for the job, but to get a full idea of the different options out there, you have to start at the beginning. Once upon a time, everyone used the muzzleloading method of placing powder loads, wads, and bullets down the barrel of their firearm. Yet as breechloading firearms, or firearms that broke apart in the middle, developed, so did the modern ammunition cartridge. But before we can go too far, we have to start with the two different primers available in modern ammunition: rimfire and centerfire. 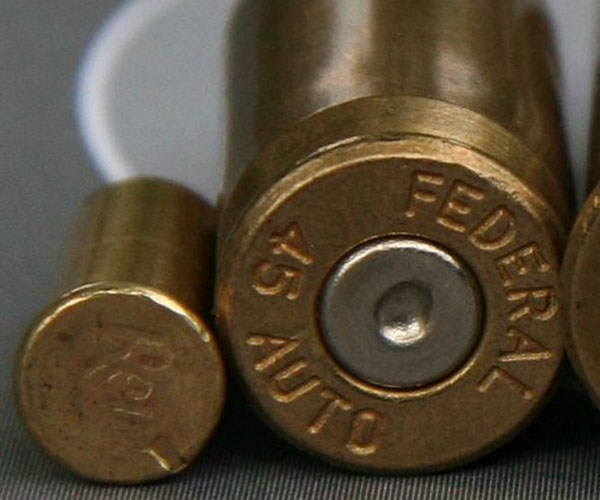 Although rimfire ammunition is the more basic of the two ammunition primers, most people are more familiar with the centerfire primer, and so that is where we’ll begin. True to their name, centerfire cartridges have a centralized primer that ignites the powder in each cartridge or shell. A primer is a small mildly explosive device that is used to detonate the larger store of powder in a shell. The chain reaction of the process is quite simple. The firing pin of a gun strikes the primer at the end of the shell, and then the powder is ignited creating extreme pressure that propels the bullet forward. Centerfire primers are centralized to provide maximum ignition and to keep the shell strong with a solid rim around the edges of the casing.

The centerfire cartridge is still the most reliable ammunition design we have today. It can withstand the pressures required to fire very large calibers like the .50 cal, and the majority of cartridges are easily salvageable for reload. A spent shell can be recovered, outfitted with a new primer, powder load, and bullet, and then fired again. The process can be used repeatedly as long as the cartridge remains intact. However, it is worth noting that certain cartridge materials are better suited to handle repeated reloading while others are cheaper and only manufactured for one time use. Brass is the material one should use for reloading, but steel and aluminum cases are generally regarded as dangerous to reload.

Nearly all major calibers use the centerfire design. These calibers range from .17 Hornet and Remington bullets all the way up to .50 BMG and even larger but rarer calibers like the .600 and .700 Nitro Express big game cartridges. Popular pistol calibers include the .32 S&W, 9mm, .357 Magnum, .44 Magnum, and .45 ACP, but there are countless other caliber variations designed specifically for handguns. Popular rifle calibers include .223 Remington, 30-06, .300 ACC Blackout, .308 Winchester, 5.56x45mm NATO, and 7.62x39mm, but there are a wide variety of variants and alternative calibers both historical and modern in centerfire rifle cartridges as well. Shotgun shells also utilize a centerfire primer similar to that of centerfire rifle and pistol ammunition. 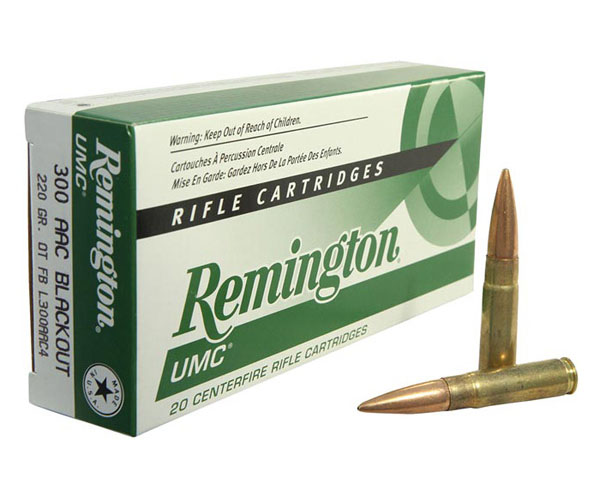 Since centerfire rounds are complex with many individual pieces and need to be constructed out of significant portions of metal like brass, they tend to be much more expensive than their rimfire counterparts. As the cost of ammunition continues to rise, centerfire rounds are the most impacted when it comes to cost per round, but this is not necessarily true when it comes to availability. The most sought after round in ammunition is not actually a centerfire round but a rimfire round. Let’s examine what makes this rimfire round, the .22 LR, the most popular and desired round in ammunition by exploring what makes the rimfire design unique.

The older and slightly less well known ammunition type is rimfire, and it was initially developed many years before the centerfire design. Nearly all shooters are familiar with the most popular version of the rimfire catridge, the .22 caliber round, but how exactly it works is generally less understood. The rimfire concept began with the idea of placing an ignition compound in the rim of a shell. In contrast to the solid metal rims of centerfire rounds, the rimfire rim is hollow and a small charge of ignition compound is inserted inside. Rimfire firearms are different from centerfire arms in the way that they strike the shell. While the firing pin of a centerfire gun is designed to strike the center of the cartridge, a rimfire firing pin is designed to strike, you guessed it, the rim of the cartridge. However the chain reaction is pretty much the same as what happens in a centerfire round. The firing pin strikes the edge of the cartridge detonating the ignition compound, and then the powder load is also ignited creating pressures that propel the bullet forward. 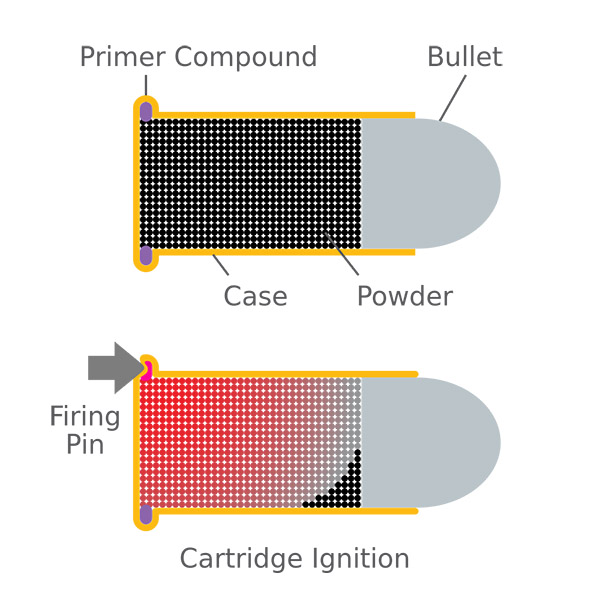 The main drawback of the rimfire cartridge is that it cannot sustain the higher pressures required to propel larger bullets. Rimfire cartridges are made of fairly thin metal that allows the firing pin to indent the rim and ignite the priming compound. As the rimfire concept was developed, it became clear that it was not ideal for larger loads, hence why the centerfire concept soon followed. Rimfire casings can’t be salvaged for reloading either because of their thinner casings and the fact that each round has to be indented to trigger the primer.

Popular rimfire rounds include all the variants of the .22 caliber like short, long, long rifle, and extra long, but there are also other somewhat widely used rimfire rounds like the .17 Hornady or the .22 Winchester Magnum. In the past, the rimfire design was used with larger calibers like .32, .38, and .44, but today the majority of rimfire cartridges are either in .17 or .22 caliber. The .22 round can also be outfitted with shot pellets or “ratshot” in place of a bullet, and these rounds have a short range and are used primarily for small pest control. These shells are either crimped at the end or plastic containers of pellets are affixed to the end and broken open by the force of the powder. 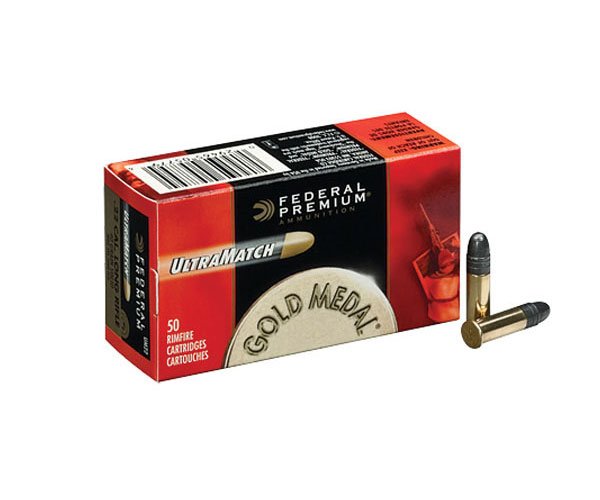 The most popular by far remains the .22 LR, and it is the most produced and most used round in the world. This has to do with its low recoil which makes it easy to control and therefore fun to shoot for people of all ages. In contrast to the high costs of centerfire rounds, rimfire rounds are also cheaper to produce because of their simpler design. This is the other reason why .22 LR rounds are the most sought after in the world. The .22 LR is probably the best round to start a young shooter with, but an older shooter can have a long rewarding day of plinking at the range with several boxes of .22 LR at their side as well.

Knowing the difference between rimfire and centerfire ammunition makes all the difference when you’re starting out as a new shooter. Each have their distinct advantages and disadvantages. While rimfire rounds are less expensive and are easy and fun to shoot because of their low recoil, the availability of rimfire rounds has been spotty in the past few years. Rimfire rounds also cannot be salvaged for reloading. On the other hand, centerfire rounds can be used for a variety of purposes that rimfire rounds cannot because of their higher velocities that allow for larger bullet sizes, but they are generally more expensive to shoot than rimfire rounds. Whichever type you choose to shoot, have fun and be safe out there.

Images one and three courtesy of Wikimedia Commons.