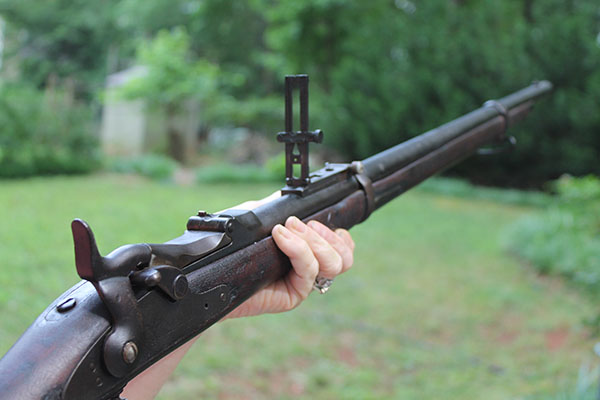 Every year gun manufacturers introduce new and exciting models for hunters and shooters to get excited about. Different calibers, different designs, actions, stocks, triggers, etc. More and more enticing features to cause us to line up and spend hundreds and thousands of dollars to get the new and best thing.

As a hunter I am thankful these companies do not get lazy or sit back and just let things rock along. It is exciting to get a new caliber to test, or a new design to try out as we ply our skills to our sport. And even with these new and exciting models coming out every year there are some that while they may have faded with time, are still great guns and exciting to shoot. Some even played a huge role in our American heritage. From the Winchester lever action, to the M1 Garand all have a place in history that make them exciting to own and shoot. One in particular is a true joy to shoot, both for its nostalgia and its accuracy among antique firearms. The 1873 US Springfield Trapdoor chambered in .45/70 is a true American classic and perfectly capable of taking large sized game today. In fact this very gun was used to almost completely wipe out the largest land mammal in North America.

After the Civil War, Springfield armory won the bid to manufacturer weapons for the US Army. The trapdoor was the first standard issue breech loading rifle adopted by the US Army.

While it was still a single shot, it was built solidly enough to handle a large volley of shots over a short time with skilled shooters able to get 15 shots off in one minute. And the 405 grain bullets were accurate out to by many estimates three quarters of a mile or over 800 yards. That is a long way using today’s modern optics. It is an extremely long way with iron sights. 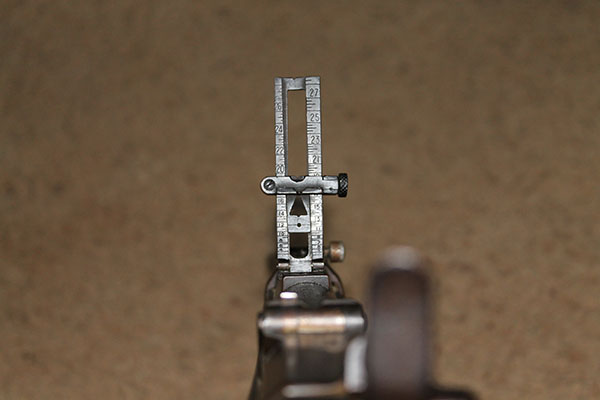 The 1873 US Springfield is a hoss of a gun. It was made mostly in two configurations, the carbine and the long version. The carbine with its slight 22 inch barrel was used more by the Calvary who shot them from horse back, and the long version touting a 32 5/8” barrel and fifty two inches overall, was used by infantry men and buffalo hunters who wanted the longer barrel for more long range accuracy. The carbine version became famous for its inability to extract shells at the Little Big Horn, where the seventh Calvary was defeated by Sitting Bull and his band of Indians. Prior to the Little Big Horn incident, the US Springfield ammunition was manufactured with copper shells which proved to expand too much when fired causing the casing to get stuck in the breech and needing a ramrod, or other device to extract the shell. Ironically, the carbine version did not come equipped with a ramrod. While this did not cause the defeat of General Custer, the US Army believed it played a part in the defeat and subsequently the .45-70 ammunition was redesigned with a brass case which is still used today. 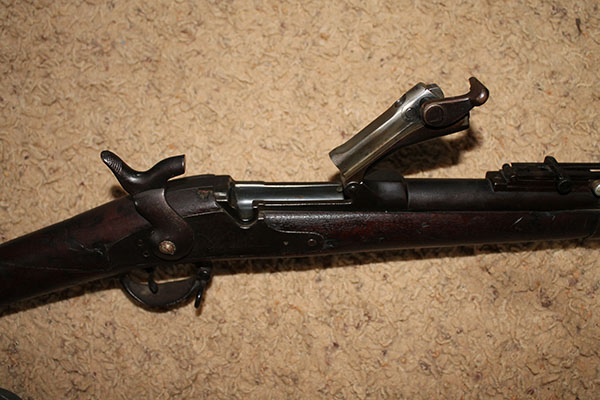 The ballistics of the US Springfield in the long version produce muzzle velocity at just over 1,300 ft/sec while pushing the 405 grain bullet. Today, there are many different bullet weights available in the .45-70 for use in the US Springfield. NOTE: When shooting any antique gun, make sure you use ammunition designed for use in these guns. The 1873 must shoot ammunition that is designated at “.45-70 Gov’t” this designation indicated that it has less pressure than modern guns and is loaded with appropriate powder to keep the pressures reduced. Firing a .45-70 without the Gov’t designation can cause serious injury to the firearm and the shooter.

One of the joys of the US Springfield is that there are still many available today having produced just over 700,000 guns during its life cycle. Coming in at just over nine pounds these hefty guns can really handle the loads. Firing a 405 grain bullet it no more intimidating that firing a twenty gauge shotgun. Everyone that shoots mine is amazed that the recoil is so light for the size of the bullet.

Learning to shoot the 1873 can be a bit of a challenge. These guns were designed for long range shooting with different ammunition than can be found today. With the rear sight folded all the way down, the gun still shoots very high at one hundred yards. This is due primarily to the ballistics of bullets, but also, because the close quarters that these were designed for was considered at 250 yards and the lowest setting on the rear sight reflected this yardage. There are two ways to fix this issue if getting 100 yard accuracy is really important to you. First, is to replace the front blade with a 3/16’ blade and gently file it down until you get to where you want it to be. This is the easiest method. The other is to reload your own ammunition and adjust the speed to get your loads into the accuracy range you are looking to obtain. But for those of us who do not reload and do not want to change the authenticity of our guns, we have to compensate by stacking out targets. What this means is to place a series of targets one on top of the other to see just how high out the gun is shooting and then learn how to ply Kentucky windage when in a hunting situation. 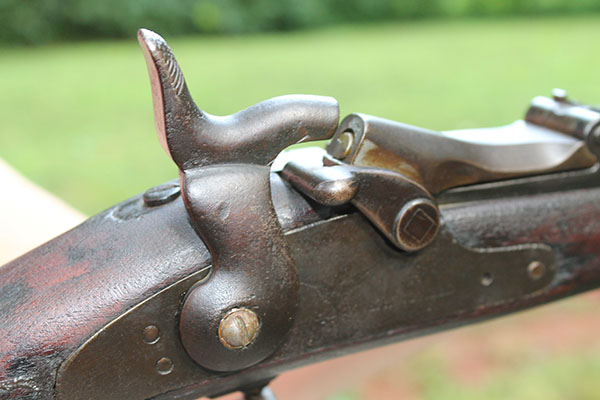 My personal 1873 shoots a Winchester 400 grain bullet eleven inches high at one hundred yards at its lowest setting. But is a dead center at 250, and after learning how to read the elevated sight, can hit steel targets out to five hundred yards (That is as far as I can see them so I do not know if the gun would still be accurate out further….) While I have not hunted with my 1873 yet, I have shot it enough to be comfortable hunting with it out to 250 yards. Learning where to aim and being confident in my ability to shoot it have played a role in the decision that 2015 will be the year I harvest a whitetail deer with my 142 year old gun. The same gun that won the west, annihilated the bison, will once again be used to hunt and kill game in North America. 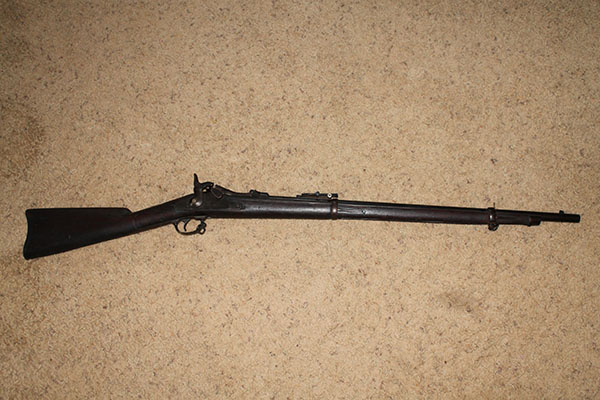 When looking for a new gun for your safe, the new and exciting guns that are introduced are always good choices and with the onslaught of black guns, or modern firearms as they have been called. Don’t overlook the tried and true, those guns that made America great, and the ones that won the west or conquered a continent. They are available, and fun to shoot. The US Springfield 1873 Trapdoor is as much fun to shoot as any gun I have had the pleasure to hold and fire. Consider a classic the next time you have the hankering to own another firearm.