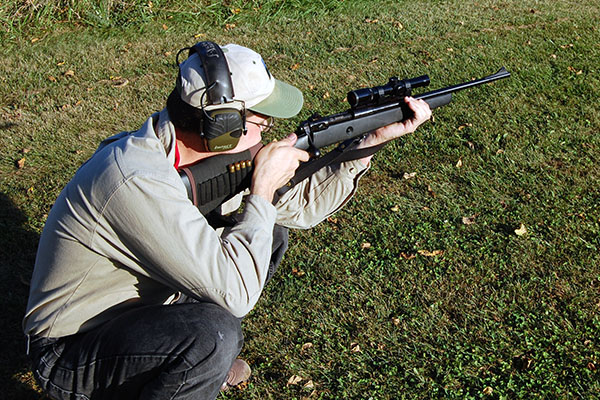 There is never a practical need for a field or hunting rifle to touch a benchrest. Never. True, you often see benchrests used on ranges (in America, at least) and discussed in gun literature, but this is a result of institutional inertia and not based on effective marksmanship. With two special exceptions noted below the benchrest serves no useful purpose. Protests are likely to be raised but they are invalid.

The main reasons stated for “needing” a bench is testing equipment and zeroing. For an able bodied, competent marksman, the bench provides no benefit in either case and may be a hindrance.

In his superb masterwork, Book Of The Rifle, Jim Carmichel discusses the history of benchrest shooting and how it shaped equipment available today. Through the world wars, manufacturers were concerned with making safe arms and ammunition in sufficient quantity. Benchrest competition created an accuracy standard and the learned means to achieve it, which ultimately filtered down to improvements in equipment.

Hunters at the benchrest today are like Hiroo Onoda, still prepared to fight decades after the armistice. Minute Of Angle (MOA) Accuracy Out Of The Box, a report of testing conducted by Paul Helinski and Ben Becker at Guns America, noted that, “All of the rifles we tested (and we didn’t just test rifles that advertise MOA) shot into or nearly into a minute of angle at 100 yards. Some even did it for 10 and more rounds in a row, without cool down. … Even five years ago nobody would have expected to buy a rifle off the shelf and get the accuracy you see here in our tests for under $1000, which all of our rifles come in under. You used to have to pay a gunsmith hundreds of dollars to custom bed your rifle to get MOA, and as you will see from my tests, most of these rifles are shooting sub-MOA right out of the box with regular thickness barrels.”

Even without these advances in manufacturing a bench still makes little sense. Here’s my law on testing: If a benchrest is required to conduct a conclusive test of practical/field shooting equipment, you don’t need a benchrest. In other words, for practical field rifles the necessity of a benchrest to discern precision capability or differences means a benchrest isn’t needed at all because there is no useable difference.

During a first session with a new rifle you can learn its personality. What kind of precision potential does it have? Does the point of impact “walk” as the barrel heats or becomes more fouled? Do sight adjustments yield predictable and true changes? This can be learned by shooting groups during normal slow fire position practice. If you can’t tell if there are issues with precision and repeatability without resorting to a bench, there isn’t a problem worth worrying about.

Say you’re worried about choosing or loading the best ammo for your hunting rifle. You’ve narrowed it down to your top three choices. Accuracy is nearly identical, within a few tenths of a minute or so, and you’re concerned prone sling or prone supported isn’t sufficiently stable to sort which is most accurate. The true answer is, concerning raw precision, there is no effective difference. Instead, choose for a different factor such as price, availability, performance on game, ballistic coefficient or some other reason. Worrying about accuracy differences so slight will not make any difference in field shooting.

This assumes your personal shooting skill is sufficiently high enough that you can shoot up to your rifle (or very close) in slow fire from prone supported or with a sling and call your shots. If this is not the case then you really don’t need a benchrest and should remove silly concerns over trivial equipment differences because your biggest shooting problem is a lack of usable skill.

Consider High Power competitors on the various military sponsored shooting teams. The 600 yard MR target has a twelve-inch ten ring surrounded by an eighteen-inch nine ring. Good team shooters routinely score in the high 190s with twenty record shots and possibles (200 points) are not uncommon. A shot in the nine ring is still sufficient accuracy to smack a large game animal in the vitals at 600 yards and good shooters cuss those shots.

Annually, the Army Reserve team batch loads thousands of long line rounds, all to be shot at 600 yards in several dozen different rifles. Everyone is shooting an identical load. The only custom handloading provision the team makes is to seat the projectiles long so individual shooters can adjust them with a hand press to their specific chamber’s leade. Some teams don’t even bother with this. There are some successful shooters using factory-loaded ammo exclusively across the course.

In “Accuracy and Hunting” (RifleShooter, September 2010) David Tubb notes, “The freezer gets filled when hunting and target shooting meet. Test your hunting rifle from a shooting position, not from a bench rest. … If you’re shooting from a bench rest with little pressure against the rifle, it’s a near certainty that the bullet’s point of impact will be different once you’re shooting the gun in the field.” Novice shooters obsess over equipment. Match winners obsess over training and practice.

Hunters conduct “sighter ins” right before opening day and I’m convinced many of them don’t know what zeroing means. “Zero” implies no deviation from the point of aim to the point of impact. Because line of sight is straight and trajectory is not, zero is used in reference to a number of different things. A no wind zero is a windage setting for a given lot of ammo disregarding environment, an elevation zero is an elevation setting for a specific distance with a given lot of ammo and environment. A true zero is a specific sight setting for a specific shot in a specific environment. Competitors will have an event zero, being the sight setting for a given stage of a match. Most useful for field shooting is a point blank range zero, which gives an elevation and no wind setting that allows the shooter to ignore the distance to a target of a certain size just beyond the distance zeroed for based on the cartridge’s trajectory.

Ultimately, we have adjustments on two planes and optimum settings there give consistent predictability. A shooter that can correctly predict where his fired shot went before looking at the target has a good zero.

Zeroing off a bench gets you a zero from the bench and this ignores possible point of impact changes caused by position. The book definition of a true zero and an event zero also includes the position fired from. Gun owners not participating in competitive shooting, like your typical hunter, would likely be shocked to learn that Smallbore and High Power shooters sometimes adjust their sights when changing position to an established event zero recorded in their data book, sometimes even when shooting the same target, distance and rifle-ammo combination.

For me, going from sling-prone to sling cross-legged sitting with a field rifle (Savage Scout with a Ching Sling) moves my POI to the right about one minute at 200 yards. Shooting an open legged sitting, while slightly less steady, doesn’t give me this shift. In Highpower Rifle David Tubb notes that a service rifle shooter may need to cant a bit at 7 o’clock while sitting for maximum stability and this will reflect in the event zero.

In “Wandering Zero Quick Fixes” by Wayne van Zwoll (Rifle Firepower, July 2012) the author noted his bench-zeroed rifle with “…tight, centered groups at 200 yards gave equally tight groups from prone with a sling – but impact shift was a full 4 minutes (8 inches!) to 7 o’clock.” Considering the author is skilled enough to have been in the hunt for a slot on the US Olympic shooting team some years ago, we can safely assume his marksmanship ability is solid. Most hunters with less consistent positions might note even greater point of impact shifts. The zero has to be tweaked from position anyway, so why bother with the bench at all? In that same Rifle Firepower issue, Richard Mann reports on a Gunsite rifle course (“Kill -Zone Class”) with a lesson learned: “We started zeroing our rifles at 50 yards from a prone position. Later, we fine-tuned this zero at 100 yards but never shot from or even saw a shooting bench.” These are observations from an Olympic-level rifle shooter and top-notch shooting class.

Point of impact shifts from different positions are not ordained. Jacob Bynum of Rifles Only has a series of YouTube videos demonstrating how little POI might shift when shooting a quality, precision rifle from different positions. Depending on skill and equipment, you might not see any difference going from bench to sling, shooting stick or other field supports, but until fundamentals are tested from field-useful positions you simply don’t know. You certainly won’t learn keeping your butt glued to a bench.

The benchrest is useful in two situations: Working with an infirm or feeble person incapable of properly supporting a firearm, and formal Benchrest competition shooters.

The first group has real needs and a bench can help them enjoy shooting. They aren’t going to hike after big game in rough terrain or compete at Camp Perry so the position used isn’t important, provided the shooting is safe.

Competition Benchrest, such as IBS (International Benchrest Shooters) and NBRSA (National Bench Rest Shooters Association) events, is its own discipline and is more like gunnery with the tripod and bags working like the carriage of an artillery piece. In both cases, the gunner manipulates the pedestal/carriage to lay the weapon. The Benchrest competitor isn’t really holding like a rifleman, instead, he is obtaining a lay for his piece based on the target and conditions.

Benchrest competition has taught us many things about the accurate construction of firearms and ammunition. The level of improved precision inherent in modern factory rifles is due to these competition shooters. However, Benchrest gunnery is a world apart from practical and field marksmanship. The hunter, practical, and field shooter needs to work on position shooting, that is, marksmanship practice where the shooter’s body is the primary, and sometimes only, source of support. If the support isn’t available in the field, such as a shooting sling or similar, then it shouldn’t be used on the range.

Let the Bench Rest competitor worry about gilt edged accuracy and load testing because it is what they are best at. Attempting some half-ass version of this with a hunting rifle that is supposed to be shot in the woods from a held position is a waste of time. High Power and Smallbore shooters don’t use benches and their marksmanship and precision standards are much higher than any field shooter or hunter.

With the exception of those wanting to win formal Benchrest competition and the infirm, don’t use a bench rest. In the world of ultimate precision competition the bench is king, but when I go to a range and see apparently healthy men sitting down to shoot, I wonder what else they have to do sitting down. 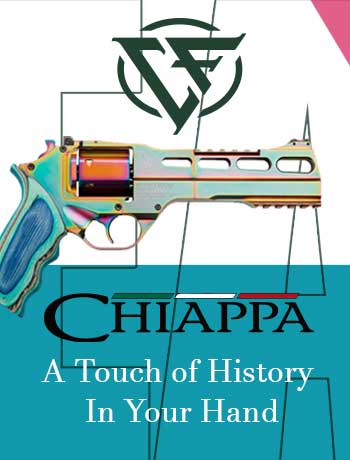 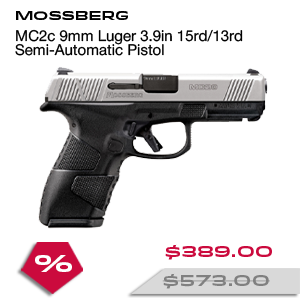 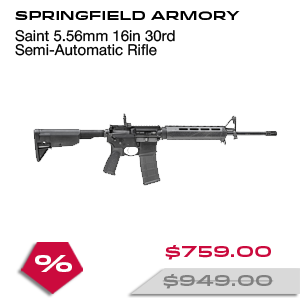 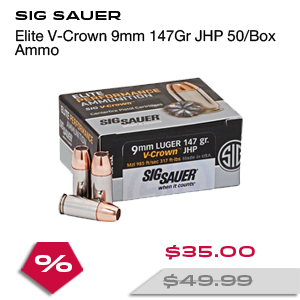