Skip to content
blog.GritrSports.com > How to Guides > Profiling – A Realistic Tool
How to Guides 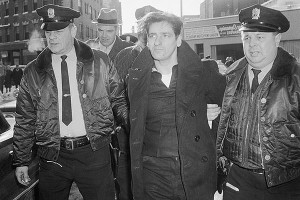 “There is an old saying that a man is known by the company he keeps: his reputation depends on what sort of people he is seen with. The saying holds a larger meaning: a man knows himself through the people, the companies, he feels part of. Everyone belongs to a number of them: family, clan, town, country, church, race, class, party. Some we are born into, others we choose for ourselves, but both affect our sense of who we are and the way others identify us.” These words were written by Edmund S. Morgan, a Professor of History at Yale University, to describe Benjamin Franklin, in his book of the same name.

My degree is in Criminology, the study of Crime Causation. Part of that study delved into the use of Profiling. The beginning of political correctness changed the name to the study of Body Language. Today it’s called Threat Assessment. It makes no difference which title you use, its purpose remains the same which is to detect those criminal elements which may cause crime. It is used today for many other purposes besides fighting crime, but to understand how we’ve arrived at today’s dilemma, we must understand its history. Profiling began with the publication of the Malleus Maleficarum, a text written by the Catholic Church on August 14, 1490. Its purpose: to identify and eradicate witches.

A version of this appeared during The Spanish Inquisition (1478 – 1834) when a non-believer was considered a heretic and any behavior not approved by the church was considered deviant and needed to be eradicated. A movie depicting this profiling is called The Name of The Rose with Sean Connery. Certain behaviors were acceptable and certain behaviors were not. Your daily life was planned and surveilled. Deviance from the norm was not tolerated. It was considered heresy and the punishment was gruesome. This movie displayed the actual fanaticism and hysteria of the time.

Profiling was the first systematic approach for identifying peculiar individuals. It was based on how a person looked, what they believed and expressed, what clothing was worn or not worn or what behavior was exhibited. The punishment was death by burning at the stake and in some instances, hanging by the neck. A short period of time in American History (1688 – 1692), the Salem Witch Trials used these techniques to eradicate those women and men whom they feared would infect the community with their evil thoughts, words and deeds.

Burning at the stake was extreme, but the method made a visual point with the desired effect of absolute obedience from the multitude. Though brutal, it laid the foundation for thoughtful intellects to consider what made people tick and what motivated them to be different or in many cases deviant.

In the late 1700s Franz Gall introduced “Phrenology,” assessing a person’s psychological characteristics by studying the skull. Visible bumps and contours on the skull revealed a person’s personality. Gall’s “phrenology” included criminal propensities. Most notably, he argued that there was a “murder organ” present in murderers which was found in “morphological features of the skull.”

This was followed in 1876 with Cesare Lombroso’s paper called The Criminal Man. Lombroso, an Italian Criminologist, produced a typology of criminals based on race, age, gender, physical characteristics, education and geographic region. This philosophy was used by a police surgeon involved with the investigation of Jack the Ripper’s homicides in the late 1880s. Dr. George Phillips reconstructed crime scenes and the wounds of the victims to gain a greater insight into the offender’s psychological make-up. During this time, the French developed traits based on physical characteristics inherent in the depraved and criminal element.

In 1956, psychiatrist James A. Brussels produced a profile of New York’s “Mad Bomber.” The report he provided was based on psychoanalytic interpretation of the crime scene as well as an intensive study of the Bomber’s letters. Brussels could predict correctly the size, weight, age and marital status of the Bomber and what he might likely be wearing when arrested. This theory eventually assisted in the development in 1972 of the Behavioral Science Unit (BSU) of the Federal Bureau of Investigation, when the Boston Strangler Case placed a considerable demand from the public to solve serial homicides. The FBI developed the field of criminal profiling to help Law Enforcement professionals apprehend criminals by narrowing an often-overwhelming list of suspects.

Society is afraid of the word “Profiling” because people believe that they will be categorized because of their appearance, speech or associations. History proves that profiling is and has always been used to categorize people for many different reasons. I profile for my Personal Protection and I teach all my students that it is not a dirty word. I’m not alone in this reasoning. Though the word is avoided by the following individuals, the application is the same.

Judith Orloff, M.D. an assistant clinical professor of psychiatry at UCLA writes that as a psychiatrist her job is to read people. “Interpreting verbal and nonverbal clues, I want to see past their masks into the real person.” In a Psychology Today article, Dr. Orloff refers to those people with “super-senses” who read other people and develop intuitive insights. She has developed three techniques in the art of reading people.

The First Technique is to observe body language cues.

The Second Technique is to listen to your intuition.

The Third Technique is to read emotional energy.

According to Dr. Orloff, words account for only seven percent of how we communicate. Body Language accounts for 55 percent and voice tone 30 percent.

The Gift of Fear, by Gavin De Becker shows you how to spot even subtle signs of danger – before it’s too late. He offers specific ways to protect yourself and those you love, including how to act when approached by a stranger, when you should fear someone close to you, what to do if you are being stalked, how to uncover the source of anonymous threats or phone call, the biggest mistake you can make with a threatening person, etc. “Learn to spot the danger signals others miss. It might just save your life.”

Left of Bang, by Patrick Van Horne and Jason A. Riley is based on the Marine Corps’ Combat Hunter program by Marine General James Mattis. This program is a comprehensive and no-nonsense approach to heightening each one of our senses. “You walk into a restaurant and get an immediate sense that you should leave. You are about to step onto an elevator with a stranger, and something stops you. You interview a potential new employee who has the resume to do the job, but something tells you not to offer the position. These scenarios all represent ‘left of bang,’ the moments before something bad happens.”

Fight Like a Girl . . . and Win, by Lori Hartman Gervasi discusses twenty-six self-defense decisions that need to be made to save your life. As a martial-art black belt, she believes that “your intuition is your guide, but you must respond physically to be successful. When something isn’t right, act, change plans, redirect yourself and control your destiny.”

Profiling is used for daily commerce. It is used in all societies to sell advertising, to market products, to predict the weather, to diagnose illnesses and diseases, to design structures and collect data for commerce. Every time a new phone or a new computer hits the stores, a profile of the consumer was used to market the item. The government profiles with the Census. The information collected is used to determine housing and educational needs, road construction, population distribution for redistricting for Congressional representation, as well as your personal genealogical needs. To deny the existence of profiling is to make obsolete an essential tool.

Profiling, although used by police to solve crimes, is also used by civilians to detect potential criminal threats and to avoid dangerous situations. Every time you answer the phone or the knock at the door, you’re forming a conclusion based on what you observe from the person you encounter. Every time you engage in a conversation you’re forming an opinion based on what is said and the way it is said. Every time you are with a group of people your appearance and your mannerisms define you. Profiling is not a dirty word, it’s reality!