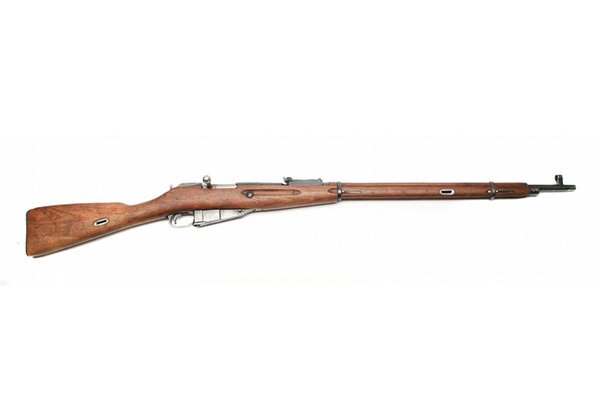 Some firearms never go out of style. Whether they are well-kept originals, restored classics, or new production models of longstanding designs, collectors and firearm enthusiasts should always keep the following firearms on their wishlist. Let’s examine some classic firearms that are great to own, stand the test of time, and are still a blast to shoot today.

The first on the list is an obvious choice, and this gun is without a doubt one of the most popular and longstanding firearms ever manufactured. John Browning’s M1911 was released over 100 years ago and it still appears near the top of best selling pistol lists today. The historical value of the M1911 is significant, and it enjoyed standardization as the US Military sidearm from 1911 to 1986, but the pistol is still used by certain branches of US and foreign military forces today. The M1911 fires the powerful .45 ACP cartridge which is still widely available today. An increasing variety of firearm manufacturers have produced their own variants of the M1911, and many companies are still producing their own take on this storied design today. Price points for the M1911 can range from under $300 to $1000+, and there is no shortage of options available on the market today. In addition to wide availability, there is also a rich offering of aftermarket and customized accessories for this handgun. There has been some criticism levied at the reliability and overall performance of the M1911, and while you can’t expect a cheaper variant to be free from jams, the bulk of owners experience very little problems with the handgun. This is truly a pistol that any serious enthusiast cannot go without. 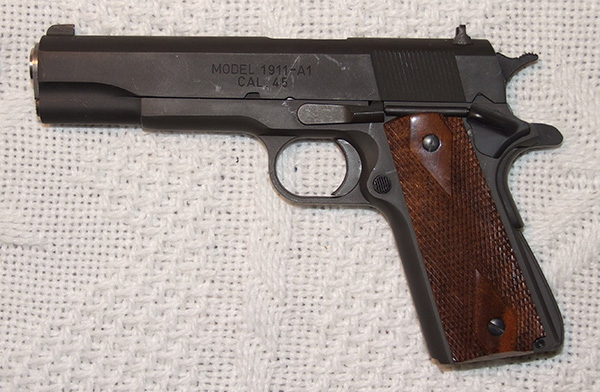 No list of classic guns to own today is complete without a mention of the AK-47. This is the most produced firearm ever, and the total number of AKs in the world today is estimated at over 500 million. The brainchild of firearm designer Mikhail Kalashnikov, the AK-47 was developed in 1945-46 and officially ushered into service with the Soviet Army in 1949. The strengths of the AK-47 are numerous as it is cheap to manufacture, very light at around 9 lbs with a loaded magazine and extremely dependable even when subjected to harsh temperatures, water, and sand / mud. The AK-47 is chambered in the popular 7.62x39mm round which is still lauded for its superior ballistics and performance. While the availability of Russian made AKs is difficult for American enthusiasts these days, there are a number of other companies that produce clones and variants of this popular rifle.

The other of the Russian classics still popular among modern shooters is the older bolt-action rifle design of the Mosin-Nagant. It was first used in service by the Russian Empire in 1891. The name of the rifle is actually a bit misleading since the Russian military never formally referred to it as the Mosin-Nagant. After a crushing defeat in the Russo-Ottoman War where Russian forces were outgunned by Winchester repeating rifles, the Russian military began tests to upgrade their service rifle. Of the three designs accepted for trials, the rifle concepts of Sergei Ivanovich Mosin (a Russian Military Captain) and Leon Nagant were the two finalists. Nagant’s rifle was initially selected as the winner, but after the officer heading the rifle tests requested a further inquiry, it became apparent that Nagant’s rifle had glaring weaknesses. Mosin’s rifle eventually won recognition as the better of the two, but Nagant filed a patent suit against the Russian military and was awarded damages. At the end of the day, the final design turned out to be a hybrid of the two designs, and the Western media at the time dubbed it the “Mosin-Nagant” even though it was really just the “Mosin” rifle. The name stuck, and it is still the popular designation of this rifle today.

Similar to the AK-47, the Mosin-Nagant has been widely produced, and it has shown up in a variety of conflicts over the years. While not as popular as the AK-47, the Mosin-Nagant is still a popular collectors item with a variety of custom parts available to upgrade the platform. The use of the 7.62x54mm round isn’t as available as some other rounds on this list, but it’s certainly not impossible to obtain a good deal of ammo for the platform. You’ll find many refurbished models of this rifle as well as some new production models available from a few select manufacturers today.

These days the M-1 Garand is making a significant comeback as a collector’s item and a sporting rifle, although one could argue that it never really went away. The M1 was the first semi-automatic rifle designated as a service firearm, and the US Military first ushered it into service in 1936. The M1 utilizes the 30-06 Springfield cartridge, but there are also some .308 Winchester variants out there. The M1 had a significant impact in WWII since Axis forces were still utilizing bolt-action rifles while US forces has the advantage of faster firing rates with the M1. The M1 is a very reliable rifle, and it has enjoyed a sterling reputation among military historians, hunters, and target shooters. Note that the M1 Garand is not the same rifle as the M1 Carbine. M1 Garands can be a bit tricky to locate, especially since the import of them from other nations that the US previously sold or lent them to was outlawed in 2013. Refurbished models are the most available, but they can be fairly expensive. Word has been circulating that one or more companies may begin producing new models of the M1 Garand soon.

Peter Paul Mauser was one of the premier firearm designers of the 1800s. His bolt-action rifle designs were wildly popular once introduced in the mid 1800s, and many different rifle and pistol models have been used and standardized by various military forces over the years. The Mauser 1898 rifle remains the most popular and far reaching of Paul Mauser’s bolt-action rifle concepts, and it still enjoys a wide surplus and collector’s following today. The Mauser 98 was designed for the German military in the same year as its name, and it was utilized in both World Wars. It was designated as the Gewehr 98 by the German military and is still commonly referred to by that name as well. The Mauser 98 utilizes a powerful 7.92x57mm Mauser round that was an update from the previous use of the M/88 round by German forces. The 7.92x57mm Mauser round is still available today for use in sporting purposes. Several variants of the Mauser 98 were created for hunting and sporting purposes, and the rifle was used by certain foreign military forces up until the early 1960s. The Mauser 98 is still a collectors item today, but you’ll only find surplus or refurbished models for sale.

Images one, two, three and thumb, four, and five courtesy of Wikimedia Commons.