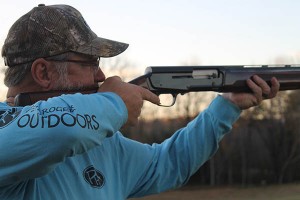 If there was ever a gun that I admired growing up it was the classic Browning A5 Shotgun, also known as “Humpback,” “Humpy,” or just the A5. This was and still is an iconic shotgun. Designed by John Browning in 1898 and patented in 1900, the Browning A5 was continually produced until 1998. It captured the imagination of young boys and grown men alike. No gun rack was complete until it contained an A5. The original was produced in the standard 12, 20 and the venerable 16 gauge. The design was so popular, John Browning agreed to license the design to both Remington and Savage. Each produced their own version for decades. Today, the Remington model 11, also known as the Remington Sportsman is not recognizable from the original A5. 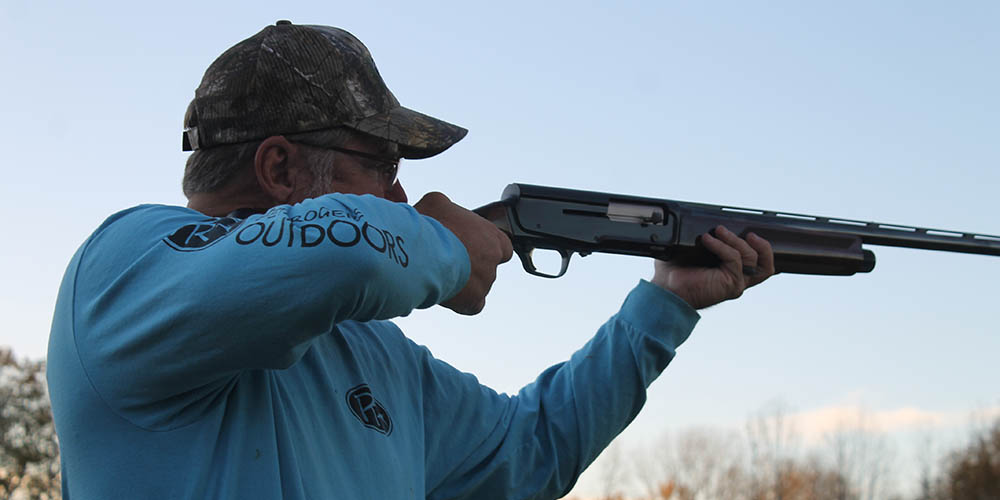 When the opportunity arrived for me to get my hands on one of the new versions, I jumped at the chance and grabbed up a hunter version in 12 gauge. The Hunter version is the classic Turkish walnut wood and gloss blued receiver and barrel. Taking my new Browning A5 to the sporting clays range was a great test for the gun. Being able to load and fire round after round from my new A5 was one of the best thrills of my diminutive shotgunning career.

Paired with some real icons of shotgunning I was a little intimidated. I have never been what one would call a “good shot.” I was relying on the gun to outperform me. Thankfully Browning had me in mind when this new version was designed. The first station at the range where I first fired the gun, I ran the station – not missing a bird. This didn’t happen again throughout the course, but I did manage to shoot my personal high score and win our little side bets by one bird. The Browning A5 shot light loads without incident. It even fired one box of high brass number 7.5’s that I ran through it just to see how it would handle the loads. There was not any noticeable difference between the different rounds. Whether cycling heavy 7.5’s or lightweight number nines, the Browning A5 Hunter version performed exquisitely. Although I didn’t change them at the time, the A5 has several removable chokes to choose from. 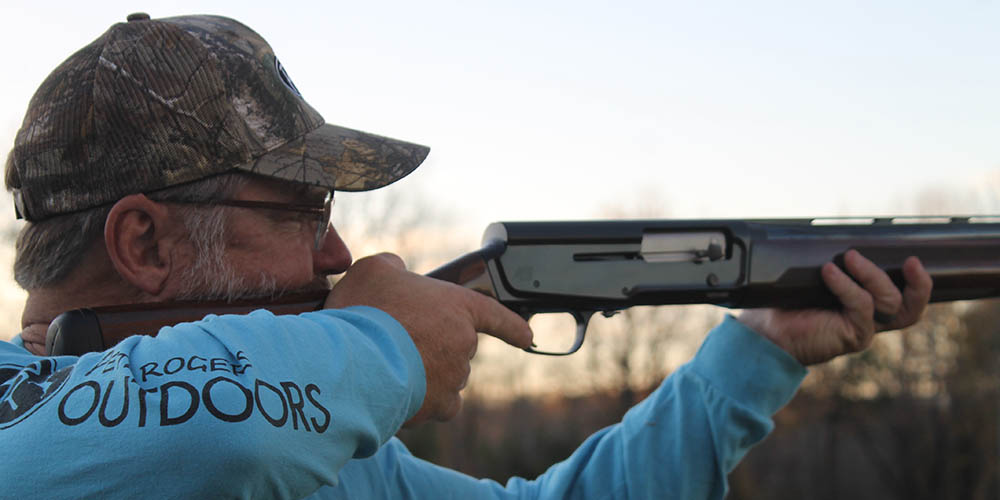 Easily recognizable by its distinctive “hump” on the back. The long recoil operation of the original A5 created a chamber that was in-line with the barrel to produce the long recoil needed to extract the spent shell and reload a new one. This unique look by Browning makes the A5 easily recognized at a distance.

John Browning’s patent was the first semi-automatic shotgun to hit the market, and it was the most popular for decades. Still today, the older version of the A5 is out there holding its own in the market, bringing between $700- $1,200 for a used good condition A5.

In the late 1990’s Browning was moving, as was most of the shotgun manufacturers, to purely gas operated shotguns. The popularity of the Gold hunter and Silver hunter versions assisted in this transition. When Benelli introduced their Inertia-Driven semi-automatic shotguns, shooter and hunters were clamoring for them. This got the attention of the designers and marketing engineers at Browning.

The biggest difference between the gas operated and recoil operated is that a gas operated shotgun captures the gasses as they are leaving the barrel and uses those gasses to drive the action. An inertia or recoil driven action harnesses the energy of the shell to drive the action. While the gas action reduces recoil, the inertia or as Browning calls it, the Kinematic Drive System, drives the action. The new design and modern parts also help reduce the felt recoil over the older model.

With more hunters and shooters requesting a semi-auto that was not gas operated, Browning finally re-introduced the new A5. It may carry the same name, but it is not your grandfather’s gun. Not by a long shot. 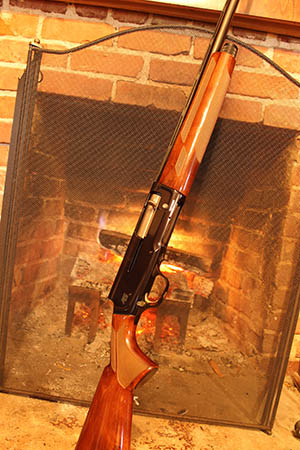 The new A5 comes in a hunter model (my personal favorite) the Stalker, Wicked Wing, and several camo editions. The hunter and ultimate hunter feature fine wood, laser engraved checkering and a set of choke tubes, all packaged neatly in a hard case. The other versions also come in hard cases but with different camo patterns and designs to fit most every need and desire.

The new Wicked Wing offerings offer a Burnt bronze Cerekote finish on the chamber and magazine and oversize bolt release. This is designed for the waterfowler in mind who needs these weatherproof finishes and oversized release for gloved hands. This weatherproof finish is highly prized by those who use their guns in harsh conditions.

The A5 is available in 12 gauge and the newest Sweet 16 gauge. As I have written before the 16 gauge is a personal favorite, and it will not be long before one of these holds a special place in my safe. The sleek lines of the A5 and somewhat retro hump give it a great look and feel. The twelve gauge is noticeably lighter than the original, and it comes in at 6 lbs. 11 ounces. It is balanced and easy to carry all day in the field. Like its predecessor, the A5 gets its name from the ability to hold five shells. One in the chamber and four in the tube. It accepts three inch shells as a standard but some new models can handle the 3 ½” versions for those who feel the need.

The Sweet 16 is not a smaller gauge on a 12 gauge platform. On the contrary, the entire gun was designed and scaled down to the different gauge. Weighing 5 pounds 13 ounces the Sweet 16 is a great upland gun. It features a polished black receiver, Turkish walnut fore end and stock. It is a true beauty to behold. Both versions come with a 5 year/ 100,000 round guarantee, which is unheard of in the industry. If you are chasing bunnies through corn stubble, busting pheasants in CRP fields, or clambering hills for grouse, the Sweet 16 is a gun to consider. There is no finer shotgun being made today for the upland hunter. 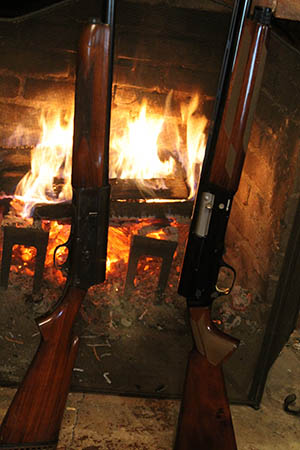