Hunting camp. The place men and boys go each fall to hunt, play poker, eat deliciously unhealthy food and play poker, right? Times have changed. Putting wild game on the table has gained a new level of importance in the last ten years, and it has the attention of a new breed of serious hunter – women. The overall number of hunters is dropping but the number of women taking up hunting and other outdoors activities is on the rise.

Manners matter but ladies, don’t expect men to entirely change their habits while hunting. They’re there to unwind and have a good time as much as they are to hunt. Watch your manners, too.

Oh the food! Our family camp has been the hunting camp for Dad and his friends for 40 plus years. They eat incredibly well and they eat a lot. They’re going to eat what they want. If you want skinless chicken breast and salad, go for it. Or forget about your waistline and eat two pieces of lasagna. You’ll probably walk it off while you’re hunting but if not, you’ll be home and back to your workout routine soon.

We have a set of rules at hunting camp. If you kill it you will also clean it, carry (drag) it, and cook it. You are the hunter. Ladies, don’t expect men to do the dirty work for you, and men, don’t expect to have to do it for us. We are as capable as we choose to be. A lot of women are in the learning phase of field dressing because we didn’t grow up hunting. We can work together to teach and learn hunting skills when opportunities come up. I was grateful in 2014 when friends showed me how to skin and field dress my first bear and deer. “I can’t” means “I won’t” or “I’m not willing to learn.” Gender is no excuse until it comes to physical strength. Women appreciate a hand getting the deer or bear hoisted up when we’re struggling. We’ll lend our strength to help you when we can. 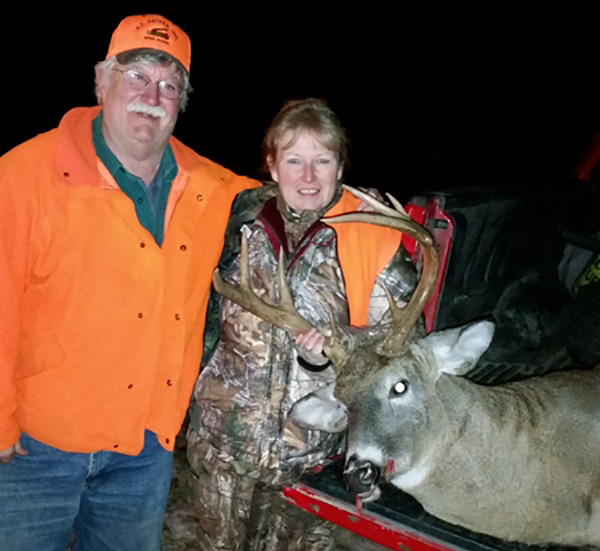 Women don’t want to do all of the cooking and cleaning up but we do expect to pitch in to do our fair share. We also expect to split and carry in firewood and tend the fire so we’re all warm in the morning. And if it snows, we do know how to shovel.

Protect your reputation. Women in hunting camp are there as huntresses. This is no place for flirting on anyone’s part. One angry spouse, boyfriend or girlfriend who hears about inappropriate behavior is all it takes to have the camp door slammed shut and locked to mixed sex hunting camp. If someone’s significant other hears a rumor you can keep a clear conscious and know you’ve done nothing wrong.

Respect for your campmates, regardless of their gender, goes a long way toward having a good time. Tossing your bra up to the trophy buck’s antlers might be part of an all-women hunting camp but there’s no place for it in mixed company. There’s no need for anyone’s underwear to be on display.

On the same note, be mindful when you come in from hunting on a cold day and start removing layers of hunting clothing. You can easily take off top layers in mixed company but when you get close to the form-fitting layers it’s better to do that in private. Avoid creating any sense of temptation. I walk around in thermals in front of my girlfriends but never in front of my husband’s friends. I appreciate the same from men in camp.

Having a drink or two at the end of the day is great. Women typically drink less than men because we are smaller. Don’t offer more alcohol than we can physically handle. Keep it under control. “Liquid courage” has no place when there are women in hunting camp. Pace yourself. Don’t drink on an empty stomach. The same rules that work at home apply at hunting camp. Watch out for your friends. It’s alright to step in when someone’s on the verge of one too many drinks.

The hunting camp I go to each November had a separate set of expectations for women and children. If you’re shooting your first deer, regardless of your gender, a small buck was acceptable. Otherwise, men were expected to let smaller bucks walk but it was perfectly acceptable for women and children to shoot any legal buck. I put that to rest when I shot my first ever deer in 2014, an eight point buck weighing 220 pounds (live weight, 188 pounds field dressed). Being female doesn’t mean I should shoot a smaller deer. Hunting is hunting, and best management practices aren’t determined by a hunter’s sex. We don’t have to lower the standards for women in hunting camp. 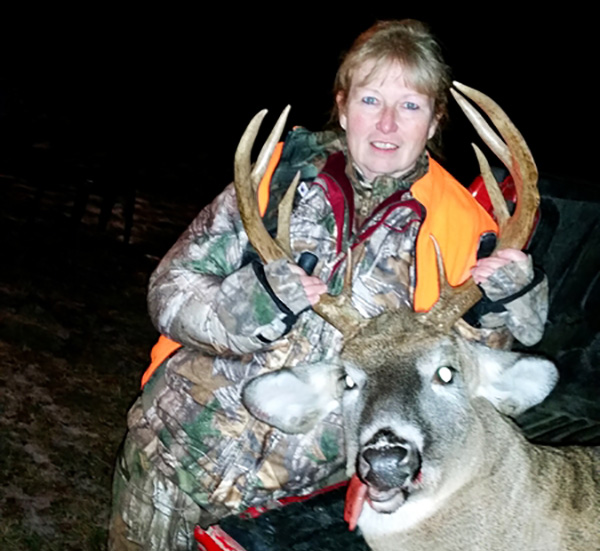 I hunt in a Wildlife Management District in Maine that doesn’t allow for the taking of antlerless (doe) deer. In areas that do allow antlerless permits, women are often expected to take a doe first and “earn” their buck. Again, best management practices aren’t decided by the hunter’s gender. If you want a doe or that’s the permit you have, take her. If you’ve got a buck tag and that’s what you want, fill it and be proud. Either is an accomplish.

There’s a lot of work put into hunting camps. If you’ve hired an outfitter, you’ve paid for their work. If you’re hunting at a friend’s camp you should at least offer to put in time in the off season. Women should be learning about food plots and doing some of the work. Are there new tree stands to put up? We will learn how but we might need help with heavier stands. We can prune the apple trees in February to keep them producing well for the wildlife we want to hunt. We can also mow the lawn or paint the trim. When a tree falls in the yard at hunting camp, learn how to use the chainsaw so you can delimb and cut it up for firewood. Enjoy the process. The more you put into hunting camp in the off season the more you’ll enjoy your time there when the seasons open. 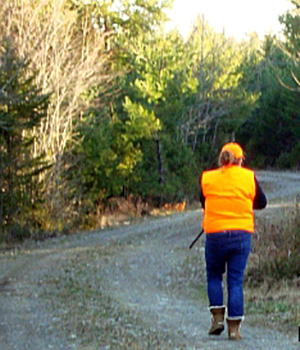