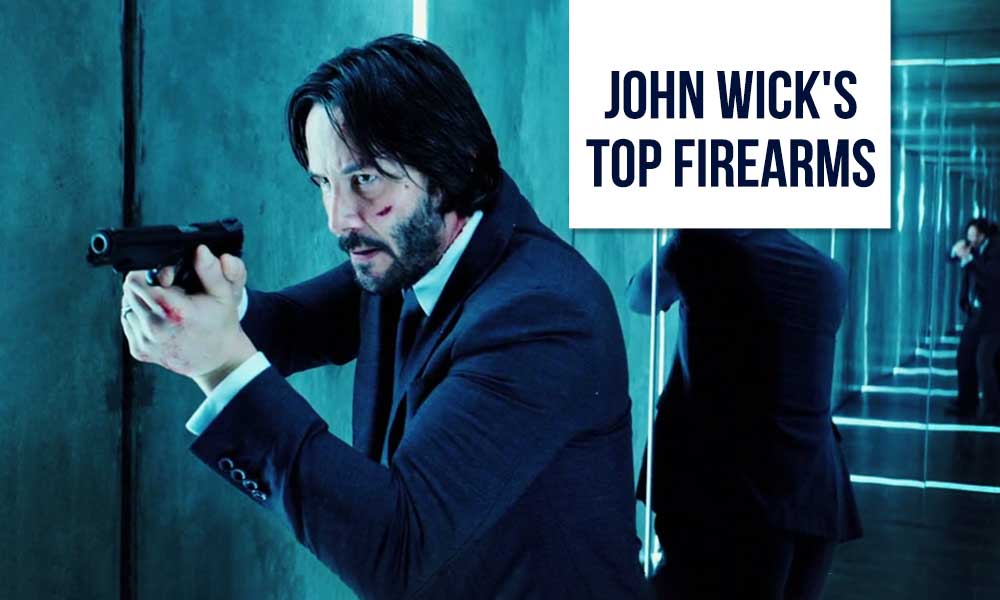 The John Wick franchise is one of the most influential action movie series filmed in the last decade, and its significance is quite hard to overestimate. Very rarely do we see movies featuring eye-popping fast-paced gun-fu scenes of such authenticity. Besides, thrillingly choreographed violence is decently edited, with no shaking cams and crazy cuts. It allows us to notice, process, and savor every movement. True eye candy! We are not movie critics, though. We want to tell those interested in action movie weaponry about John Wick guns here because it features A LOT. And that’s one more beauty of the franchise. But first, let’s talk about prop guns.

Prop guns used in action movies vary from airsoft guns to real-live models chambered in blanks depending on a particular scene and its complexity. In the Wick series, the actors use only real firearms for realism. So what about safety?

Though capable of firing live rounds, the Wick series prop guns use blank rounds that lack bullets. That doesn’t mean, however, that blanks are 100% safe. They do contain gunpowder and can sometimes have wadding that seals powder into the cartridge. When a person fires a blank round, there’s a muzzle explosion dangerous at close ranges.

So when you see a close-quarter combat scene, you see real guns cycling blank rounds, but their barrels are plugged, and muzzle flashes are added during post-production. 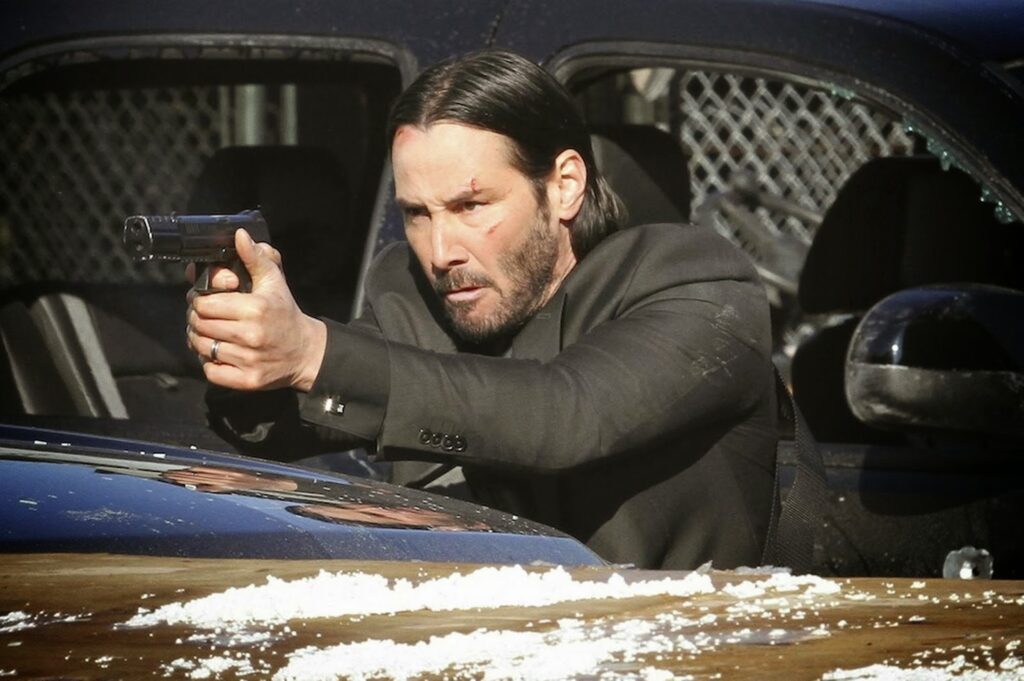 If you’re wondering what the original John Wick’s weapon of choice is, this is it – the HK P30L hammer-fired DA/SA 9mm pistol developed by the German gun manufacturing company. The firearm first appears in the digging scene and helps John in several firefights, including the iconic home invasion and nightclub chase scenes.

The model featured in the 2014 movie is chambered in the 9mm Luger cartridge and has a 15-round mag capacity. The barrel is longer than the original HK P30 and equals 4.45 inches. A long barrel gives a shooter several crucial benefits, such as more firepower and a longer sight radius for more accurate shots.

Returning to the digging scene, when John opens a case, we see the P30L pistols alongside two smaller Glock 26s. As a professional assassin, John knows that a compact pistol won’t hurt as a secondary arm. So we see this gun used at the beginning of the bathhouse shootout. He takes a few shots but then switches to the P30L outfitted with a compensator because it’s a more massive gun that is easier to control for accurate follow-up shots. Want John Wick’s pistol? Follow this link. 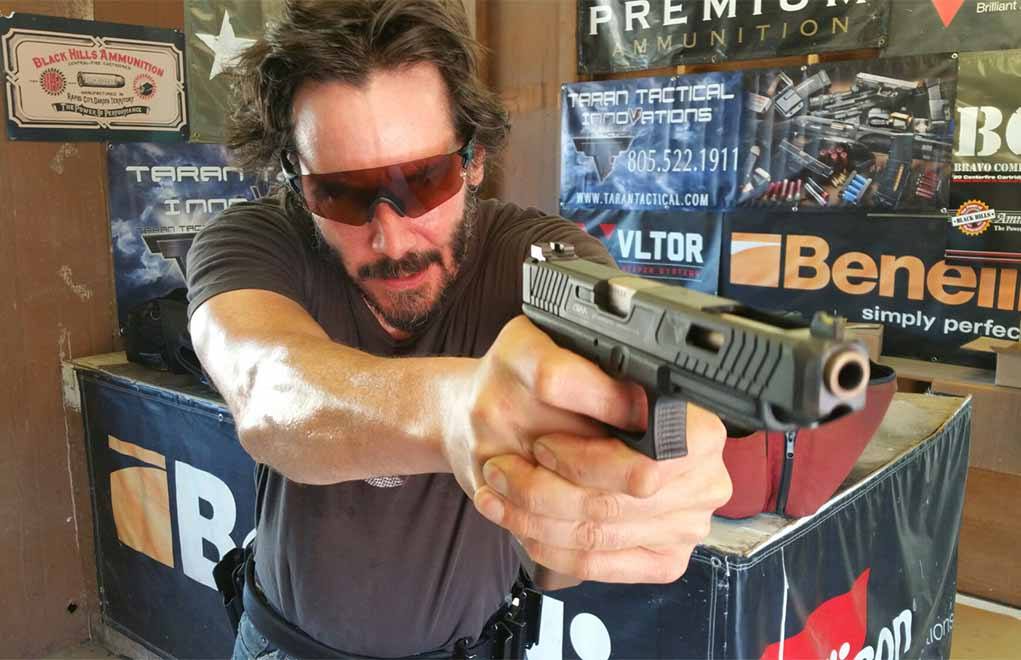 So what gun does John Wick use in Chapter 2? It’s the Glock 34, but unlike the original model, this one features numerous upgrades and modifications by Taran Tactical Innovations (TTI). Notably, the company developed upgrades for many models featured in the movie series, while the company’s director, Taran Butler, trained Keanu to make him the John Wick we all admire.

The Glock 34 is a competition-shooting version of the legendary Glock 17 full-size 9mm pistol. Thanks to a long barrel of 5.31 inches, the pistol provides a significant increase in accuracy and iconic firepower.

When you look at the Glock perfected by Taran Tactical, you barely recognize it because the modifications are pretty intensive. John Wick’s Glock boasts a flared mag well for faster reloads, recontoured grip, a competition trigger, slide porting, and an easy-to-pick-up fiber optic front sight. These modifications make the gun smoother, more accurate, and more powerful. 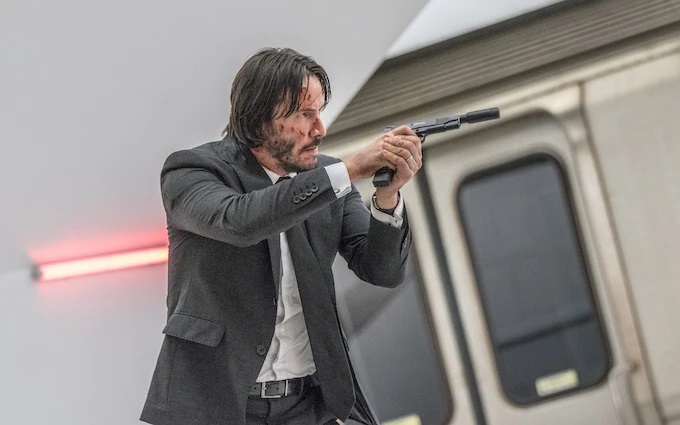 Because the 1911 is a legendary design, no wonder there are several 1911 pistols in the franchise. Some of them play a key role in the Wick movies.

In one of the most iconic scenes of John Wick: Chapter 2, where Wick and his fellow assassin Cassian, played by Common, fire at each other as they move with the crowd in the subway, the former uses a suppressed SW1911SC (E-series) manufactured by Smith & Wesson.

Well, the dramatism of the firefight and the fact that no one notices anything strange keep the audience on the edge of their seats, but generally, the scene is humorous because it’s not realistic. While a suppressor can affect the noise generated by the muzzle blast, it does nothing with the mechanical noise of the moving parts and the sonic boom caused by the bullet flying downrange (in the case of supersonic ammunition). So no suppressor is capable of completely muffing the gun.

After Cassian is done, Wick turns to the Bowery King, who gives him the Kimber Warrior (theatrically saying: “Somebody PLEASE get this man a gun!”). The Kimber Warrior is a 1911 pistol chambered for the .45 ACP, holding only seven rounds in the magazine. The Bowery King intentionally supplies Wick with this gun – one bullet for each million of the kill contract. Later, John masterfully uses the pistol at the beginning of the firefight in the art gallery. Several minutes later, he reloads his Kimber with a mag taken from a fallen opponent and does a one-handed press check with one fluid motion, which looks very cool.

We see another John Wick’s 1911 Kimber in the Continental lounge, where Wick kills Santino. The model is the Kimber Super Carry in .45 ACP outfitted with a compensator. This scene looks great because cold-blooded Wick does what he intended to do. 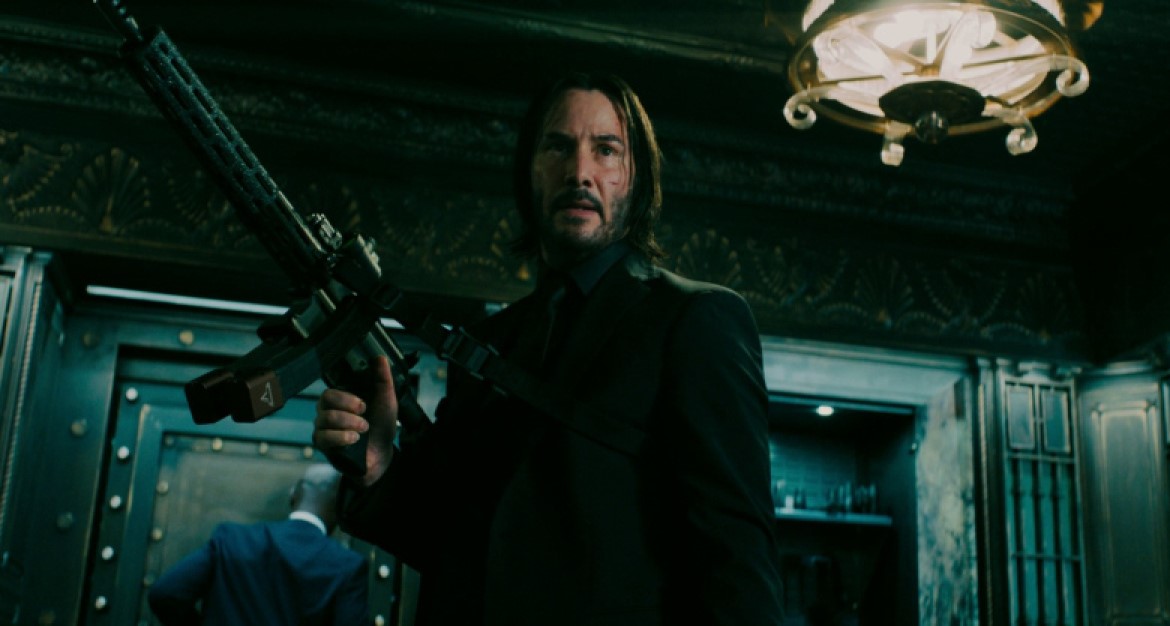 One of the most intense Chapter 3 scenes is the Continental shootout, where Wick annihilates his armored opponents. During this firefight, he uses several guns, including the SIG MPX carbine. The particular model from the movie is the MPX, heavily improved by Taran Tactical and equipped with the Trijicon MRO sight and a laser module. One of the most crucial TTI improvements includes the +11 base pad. 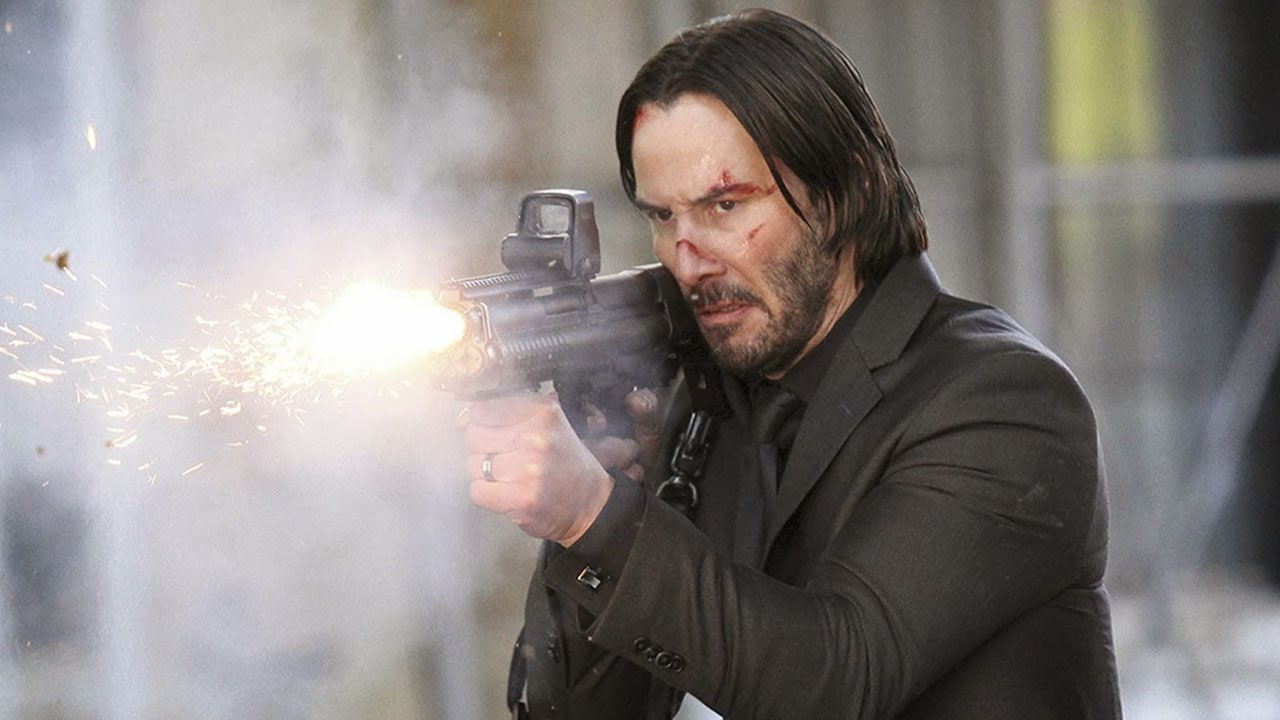 Compared to handguns, rifles, and PCCs, shotguns aren’t seen very often in the Wick series, but when they do appear, they are devastating. Kel-Tec KSG is one of the most unconventional John Wick shotguns seen briefly in the 2014 movie. It’s a slick tactical 12-gauge bullpup shotgun, which means the action is located behind the trigger, allowing for more maneuvering, less recoil, and more stability. The magazine of John Wick’s KSG shotgun holds 7+7 rounds.

Our list isn’t exhaustive. Dozens of firearms and weapons appear in the Wick movies, from the Glock 17 and Walther PPQ to the Benelli M4 and Colt 1860 Army – each is a genuine work of art. Yet, we’ve tried to collect the coolest and most memorable guns from the franchise and tell you a little about their place in John’s story. If you wish to purchase one of John Wick handguns, rifles, or shotguns, go to our store and take a look at what we’ve got.