Skip to content
blog.GritrSports.com > Conversations > Gifts for Home and Self Defenders
Conversations 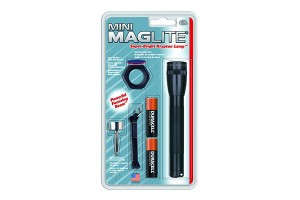 It is that season again, and as Christmas approaches, we are all faced with the yearly need to find gifts for our friends. While books and movies are entertaining, and electronics fill needs and wants, protective gear goes a step beyond. Let’s explore two specific areas, those who have decided to defend their home, and those who will defend themselves outside the home.

This is a wide category, as it includes those who are self defenders, carrying defensive gear outside their home, as well as those who only choose (or are only allowed) to defend their home.

The first selection is light! Predators prefer the dark, and may choose to cut electricity to the home. The usual response I hear is “I have a 2,000 lumen flashlight as part of my every day carry, and I keep it next to the bed!” Great – what do you do when the lights go out, and you are not in bed? For the home defender, I suggest a few lights around the house, and particularly one near each door. The nice thing is, these can be dual purpose lights, as illumination tools and ’less lethal’ defensive tools – impact weapons. I prefer 3 D cell lights, for their greater weight and length if needed in the defensive role. Do them an extra favor, and pick up some batteries as well.

Further into the less lethal line, depending on your living situation a less lethal tool near each door may be a good idea as well. If I lived in close quarters, like an apartment, condo, or mobile home, I would not want to be firing shots which could endanger my neighbors if I could avoid it. It becomes the old issue about “if all you have is a hammer, every problem looks like a nail.” An immediately accessible less lethal option like pepper spray or a Taser could be an excellent alternative. 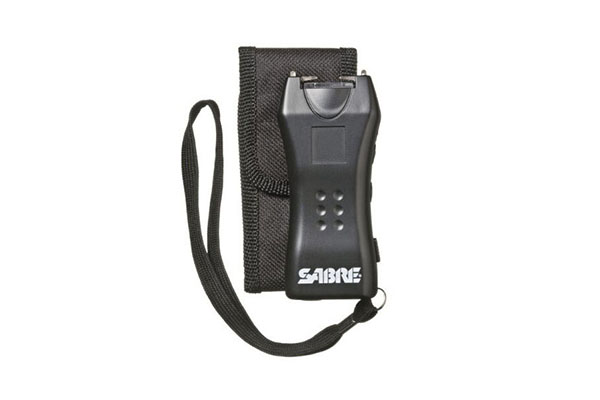 Whistles or air horns can also be used both to distract an intruder and alert your neighbors to an emergency. Another alternative is a dry charge fire extinguisher – imagine what it would feel like to get blasted in the face with fine sand at close range – the outlaw is likely to change his/her/it’s plans right away! Plus, should a visitor ask why you keep a fire extinguisher near your door, you can easily speak about your fear of fire, rather than your concern about attack. Even the least permissive environments, like San Francisco, New York City, or Washington D.C. cannot object to your having a fire extinguisher handy!

All of the above can be used to distract attackers while you retreat to your safe room, or obtain your gun. Of course, a firearm is your most effective defense – and the recipient of your gift may not have one close to each door. Before giving a gun, I would either find out what kind of gun they like, or better yet, give a gift certificate from your favorite shop so they can choose the precise gun they want.

I have seen some horrible choices as gift guns – a 24” barreled 12 gauge shotgun to an older, somewhat frail woman; a 2” .44 Magnum revolver to a very small statured man, who could not get his hand around the grip; and a .22 rifle to a woman who lived in an apartment – who never took it out of the box. All of these folks wanted a home defense gun, but these were the wrong choices. All the givers had their heart in the right place, but gift certificates would have been better gifts.

Also, gifts for after the smoke clears may be useful – a good first aid kit, with more than aspirin and band aids, is always handy if they know how to use it. A cordless phone is also a defensive tool, allowing them to call for help while watching the attacker.

I do not suggest restraints, unless the person has had training in how to apply them. Approaching someone who has tried to attack you is a BAD idea, unless you are well trained.

For the self defender, some of the above items still apply, but in smaller forms. Of course they may already have a small, powerful flashlight that they carry every day. But if their luck is anything like mine, it will not work when you need it most! So a secondary, smaller pen sized light can be a life saver. In fact, it may get used a lot more than the larger, brighter light. Who needs 2,000 lumens to look for the pen that rolled under your desk?

Smaller versions of pepper spray are also available – just the thing to have on your key ring, or in your hand while walking across a dark parking lot.

As a self defender, I also carry a small fire extinguisher near the driver’s seat in my pickup. I learned that many long haul truckers will, if they stop to help someone, exit their truck with a small extinguisher as they approach to see what the problem is. Some are forbidden by company policy from carrying guns, or they cross so many state lines, they are afraid of violating some state law or local ordinance. But so far, no government entity has outlawed fire fighting equipment.

As a lifelong trainer, I always include training on my gift list! You cannot have too much training, for their brain is the ultimate defensive tool! A gift certificate for a course, or going with them as a “learning vacation” can be the best tool there is!

These gifts allow you to literally “give life” to your friends – there can be no better Christmas Wish!