Skip to content
blog.GritrSports.com > Conversations > AUTOMATIC? How Can I Get One?
Conversations 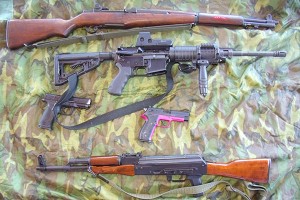 Continued from AUTOMATIC?! What Does That Mean?

Earlier I touched on the process – here it is in more detail. First, check your State laws – but don’t just ask a Cop, as they may not know the facts. Read the actual statues, as they can vary from state to state. Most states have a web site with the statues, which I suggest you print out and keep. For example, in Connecticut, it’s legal to own a fully automatic firearm, but not a selective fire gun. So, many full autos can only be owned if they are permanently modified so they only fire in full auto, but not semi-auto – which destroys any collector value!

Once you have read and understand the state laws, you can decide what kind of Title II firearm you want – for illustration, lets’ say you want a submachinegun – a fully automatic gun that fires pistol ammunition – you want a Thompson, the very first successful sub gun. There are various makes and models, ranging from the Auto Ordinance M1921 to the WWII M1A1, as well as some commercially made guns, so you need to do some research. At the same time, most of us need to start saving money, as the least expensive subguns cost $4,000 – and up – way up. For a Thompson, expect to pay $10k for a more “common” model.

A change in the law in May, 1986 divided all legally owned guns into 3 groups:

As a result, Post May dealer samples cost far less than transferable guns. But don’t even think about getting a dealer license just to buy machineguns for yourself. This is one area where you MUST engage in the business to make a profit, or risk criminal charges.

If you live in a state that does not allow machineguns – say California (movie makers are excepted) – you can create a trust in a free state, such as Nevada, with yourself as the trustee. But you must keep the gun in Nevada – no machinegun can cross the borders of California, even enroute from Nevada to Oregon – both states allow full autos! 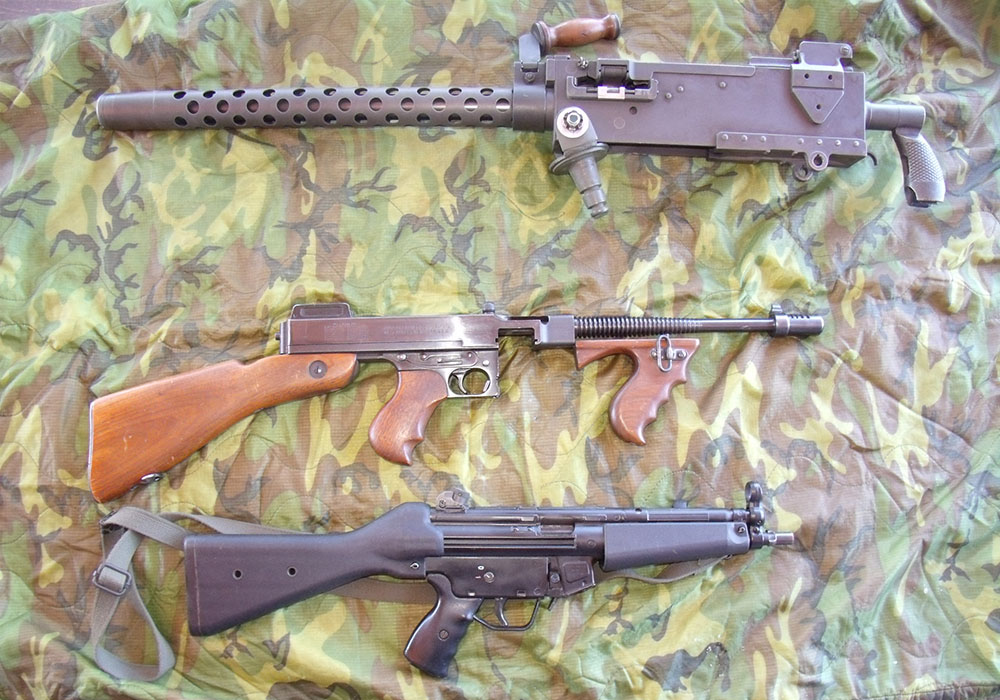 The Trust technique has been abused by some to avoid getting the Chief Law Enforcement Officer signature (more about this below), so they have tightened up on it. On the other hand, the CLEO no longer needs to sign, they only need to be informed of your purchase.

If you find THE gun in your state, you need to talk to the seller, and put down earnest money – usually ½ the price agreed. Then you obtain an ATFE Form 4. You submit the form with 2 sets of fingerprints, 2 photographs, and a money order for the $200 transfer stamp. In a very recent change, you no longer need to get the signature of your Chief Law Enforcement Officer (CLEO), but they need to be notified you are buying the firearm. After your form is processed – from several weeks to 9 months, depending on volume – you get the form back with the stamp, and the seller is notified that he/she can transfer the firearm. You pay the rest of the money and take your new possession home. Notice that you do NOT have to go through a dealer!

If your gun is in another state, it must be transferred to a dealer in your state, before it can be transferred to you. This must be a Special Occupational Taxpayer dealer – an SOT or “Class 3” dealer. This is to insure compliance with any state laws. The transfer is recorded in the National Firearms Transaction Record – or NFTR. While my state law does not require it, I always carry a copy of the form 4 when I leave my home with the firearm. The original is kept in a safe deposit box. I have even made reduced copies, which I placed in plastic bags inside the guns, so I know I always have one with me.

Where I live, lots of folks have Title II firearms, but I never expect a police officer to know the law. So I have notes on the exact portions of my states’ laws handy. I never argue with an officer, I just ask him/her to check those sections of the law.

What if you come across an “un-papered gun?” RUN, do not walk away! Possession of an unregistered Title II firearm can get you 10 years in Federal prison and a $10,000 fine. Some folks think they can just hacksaw the barrel off their shotgun, and no one will know. Others think it’s cool to defy the law. They get to share the same fate – years in prison.

Why put up with the paperwork? One reason is an investment – in the last 20 years, Title II guns have gone up 10 times their previous value? They have been listed in Forbes magazine as the best investment in the country! The only thing that comes close are collector cars.

Another reason is the pure fun of shooting your guns. As long as yours is not an un-fired example, and you use caution in your ammo selection and cleaning, you do not reduce the value. Ammo selection? Yes, I have known folks who buy expensive guns, and then look for the cheapest ammo to shoot through them. The sad fact is, if you destroy your gun, you cannot “just jack up the serial number and slide another gun under it.” If it’s not repairable, you need to look for another.

Of course, once you have the gun, you “need” books about them, historic bits & pieces like original cases, alternative stocks & grips, training manuals, slings, tripods, ammo cans, belts, and on and on. One fellow I met lives in California, so he collects, buys, and sells movie posters about machineguns. 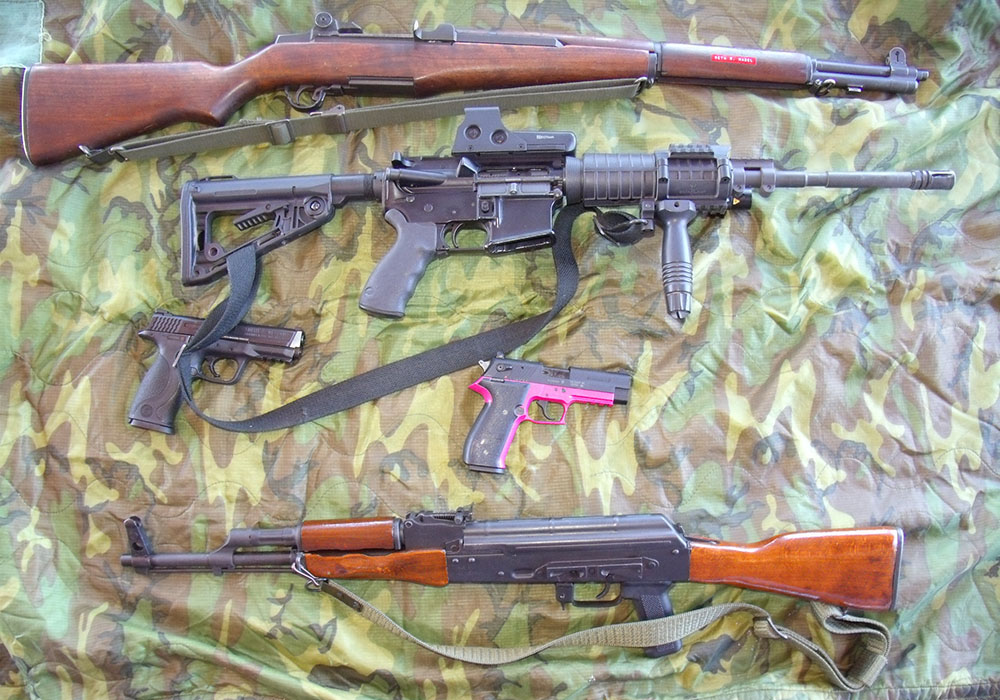 Perhaps the greatest pleasures of owning a Title II item is the huge grin your friends get when they have a chance to shoot it! It makes the paperwork all worthwhile. So start saving your money and doing your research, the Title II world is a whole other kind of game!

(Thanks to my unnamed friends who let me photograph their machineguns.)