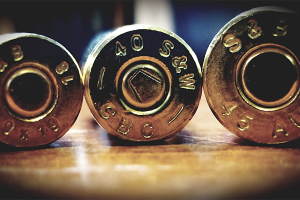 There are countless debates when discussing which round is superior over another for defensive carry. In addition to arguments over single versus double stack, or even open carry compared to concealed, one of the more commonly debated topics is about the dominant pistol caliber. Depending on who you speak with, you will find some enjoy the larger capacity available with 9mm setups, while others prefer the beefier .45 ACP. The choice is yours to make, and careful consideration should be taken when deciding your personal carry. Remember, firearms are one of the most personalized items on the market, second to clothing. This guide will provide more in-depth information pertaining to each round so you can make the best choice for you.

The 9mm round is noticeably smaller in comparison to its counterparts; however, this does not diminish its efficiency. After its introduction in 1902 for the Luger pistol, the overall goal of this caliber was to engineer around that retains its lethality up to 50 meters out. Nowadays, it is commonly used by first-timers, competitive shooters, and even by special operations teams. The versatility of this round also allows it to maintain a greater muzzle velocity with minimal felt recoil, leading it to become the primary choice for most beginners. A huge benefit to this round is that it is available in any gun shop you visit, and  you are bound to find that box of Sellier and Bellot 9mm 115gr on almost any shelf. This popular round is available in both range and self-defense loads.

Unbeknownst to some, there is a difference between the ammo you use at the range and what you use in a carry setup. Defense ammunition, otherwise known as hollow points, is made to expand on impact to minimize the risk of overpenetration and remain in your target. It is advisable to only use these rounds for defense as they cost more per round. To give an example, a 25-round box of Hornady Critical Defense 9mm 115gr (hollow points) will cost you roughly $17.50, whereas the Sellier and Bellot (range / full metal jacket) will run you about $10 for a box of 50. For rookies, you may experience some confusion when perusing the aisles as you will find conflicting names, including 9×19, 9mm Luger, or 9mm Parabellum. You can rest assured the difference between these is in name only, and they will all properly cycle through your firearm. Be wary of those such as 9×18 makarov, or +P rounds as you may permanently damage your weapon.

In this sibling rivalry, the 40 S&W is the middle child of the bunch. It’s an interesting story how this round came about, and we have the FBI to thank for the development of the .40 S&W. In April of 1986, two bank robbers engaged in a shootout which lead to two agents killed, and five others wounded. As a result, the FBI ran a series of tests to determine the 9mm bullet’s ability to penetrate and expand. This included the use of barriers that field agents commonly face when engaging threats. This later lead to the FBI contacting Federal Ammunition to develop a 10mm round with a 180-grain projectile with less recoil than that of the .45 ACP. In short, this round performed very well when placed through the FBI tests, and an order was placed with Smith & Wesson for pistols that could fire it. S&W later agreed to develop a smaller cartridge to match the 10mm, thus leading to the birth of the .40 S&W. In today’s age, this is one of the three most commonly sought after rounds for defense, and it can be found alongside most local police departments as their standard issue duty weapons.

In addition to the 9mm, there are a copious amount of options when seeking both range and carry ammunition in .40S&W. With the increase in power, you will notice an increase in price as well. For instance, a 50-round box of American Eagle 40 S&W 165gr FMJ will cost a bit more at roughly $15.99 compared to the $10 box of 9mm. You can expect the self-defense .40S&W rounds to be more expensive than 9mm hollow points as well. When looking at the ballistics of this round, it performs very close in similarity to the 9mm Luger; however, it has deeper penetration and a larger terminal wound channel overall.

Last, but most certainly not least, the noticeably larger of the bunch is the .45ACP (Automatic Colt Pistol). Developed in 1905 by John Moses Browning, it was created for use in his prototype Colt semi-automatic pistol. After rigorous testing, it was deemed the standard chambering for the M1911 pistol, earning the name .45 ACP. This round went on to work alongside servicemen in both World War I and World War II, building a reputation that is held to this day. This caliber has grown beyond the classic 1911 configuration to become widely available with almost every firearms manufacturer in the industry. From the full-size Glock 21, to the smaller, single stack Springfield XDS .45, it is easy to find a pistol that fires this beefy round.

As with all things great and mighty, it does come with its downsides. For example, those who wish to carry a weapon of this caliber must also be prepared to sacrifice the larger round capacity found in 9mm or even .40 S&W pistols. While there are 17 rounds available in the Glock 17, you will only find 12 available in the Glock 21. This is due to the significantly larger dimensions of this caliber, as each .45 ACP round takes up more space than that of a 9mm or .40S&W. One thing you can expect is greater damage inflicted on your target. Although this round travels with a much slower FPS than its counterparts, this round is sure to pack a punch and lead to a much larger terminal wound channel.

However, this is not something you should count your blessings on as a bigger may not always be better. For beginners, you may find this round is a bit more difficult to control given the larger size will result in more felt recoil. Another potential downside is the cost per round has increased yet again. Take your range ammunition for example; where a 50-round box of Blazer Brass 9mm will run you about $10 a box, Blazer CCI .45ACP 230gr may run you upwards of $17. You will also find that most smaller pistol calibers in bulk come in counts upwards of 300 to even 350 rounds, but the .45ACP may only allow for 200 per bulk case. Despite being the more economic choice, you can expect to pay a bit more for both range and carry ammo in the big brother of the pack. 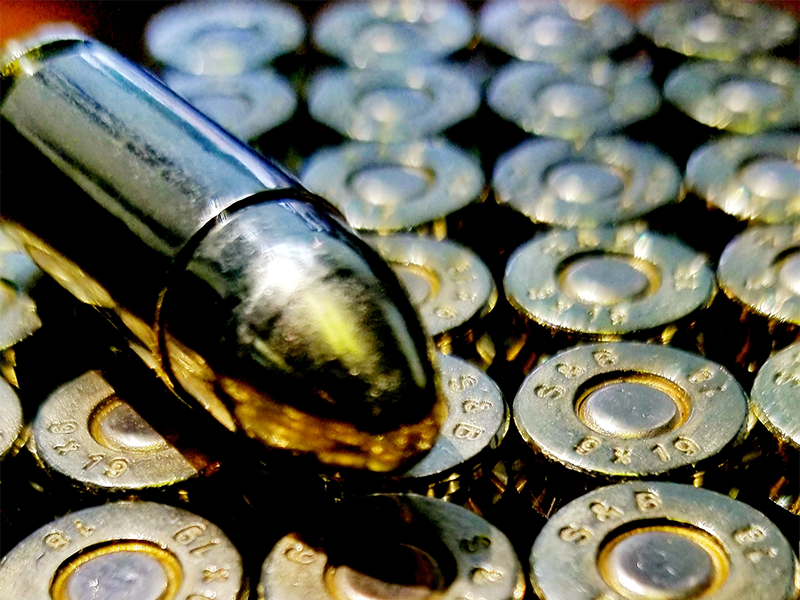 Once you have done your homework and gotten some time at the range, the moment to visit your local gun shop has arrived. Take what you have read into consideration; however, this is not to deter your opinion towards a particular round. Work with what is comfortable for you, what you enjoy shooting, and what you feel is best. If you would like to get a more in-depth and hands-on demonstration pertaining to the differences in size offered between these three calibers, visit our retail store in Arlington, Texas or browse our ammunition pages. As always, shoot straight and stay safe out there.