Skip to content
blog.GritrSports.com > Conversations > What IS the 4th of July?
Conversations 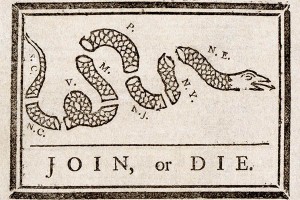 What, exactly, are we celebrating on the 4th of July?

A famous battle? No, we do not celebrate battles, although we do celebrate those who fought and died in them for us.

A great diplomatic move? Nope, not that either – in most part, we do not even remember diplomats, although we may remember their achievements.

The conquest of a foreign land? Negative – we have fought to free people, but then we have left, asking only for enough land to bury our dead.

We celebrate the accomplishment of some common men – merchants. farmers, and even some lawyers – in doing something unprecedented. They set forth, in plain language, the reasons for a rebellion. In fact by doing so they committed treason. Yes, TREASON, that most heinous of crimes to those in power. Never before in history had one group of people publicly declared the reasons that lead them to seek to overthrow, not just their ruler, but the entire power structure above them! 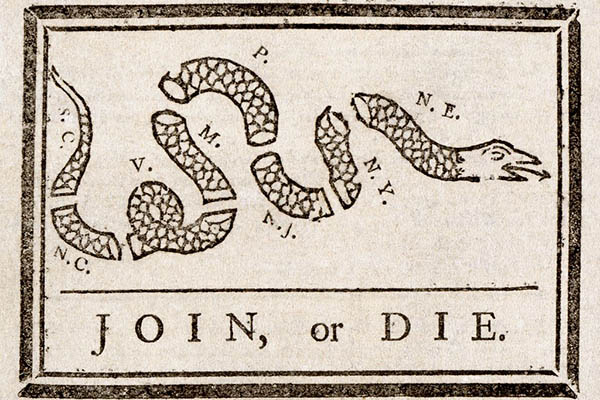 I said some “common” men, yet they in fact were uncommon. Most were educated to a greater or lesser extent. A few, like Jefferson and Franklin, were already well known for their scholarship or practical achievements. Others became famous after the 4th of July, 1776, such as John Adams. Their most uncommon attribute that they shared was concern for the most common of men – “The People.” They produced a document that did not bring them wealth or stature, that did not make them lords over others, increase their lands, or give themselves special rights that they withheld from others.

They produced a document that speaks to man’s basic needs – FREEDOM, the right to rules himself as they see fit, and form a new kind of Government, responsive to the needs, not of the wealthy, but of everyone. At the time, we were still a classed society, stratified into the wealthy (usually landowners), merchants, and farmers. And slavery still existed, the slaves being seen as sub-human. In fact the one great compromise, the great failure of these men was to allow slavery to continue. It was only later, at great cost in blood and treasure, that this infamous practice was ended. But as these men knew, it was the one compromise they had to make to form a country.

While we commonly say the Declaration of Independence was written by Thomas Jefferson, it was greatly altered by the input from all the delegates to the Continental Congress. It was hammered into something acceptable to all present as a declaration of human rights, applicable to all. 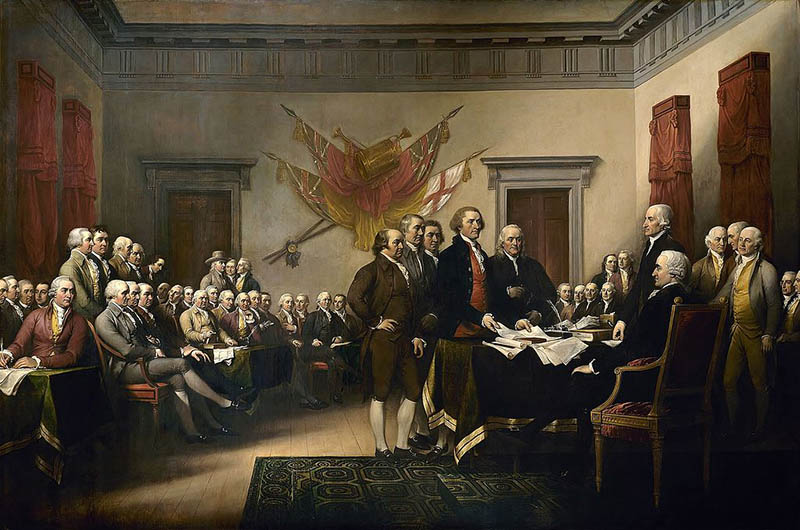 So, on this 4th of July, just as in all prior years, we celebrate something uniquely American, which changed the world. We celebrate the publication of a document, read in every town and hamlet and crossroads, that laid bare the conditions that justified TREASON to our rulers and REBELLION against an uncaring king.

It is time, in fact it is well past time, that we – each of us – think about those words which turned political and social structures up side down. It was the document that said power originates with The People, flowing upward to our elected leaders, not from one leader, who “grants’’ it to those under him. And we reserve the right to change those leaders when they are no longer responsive to The People.

Our recent election has shown that The People still have that right, still exercise that right, now peaceably through argument and election, rather than rebellion. For another stoke of genius by those men was giving The People the vote. Not all of them, at first, but enough to show this would be a Government of, by, and for The People.

So, this 4th of July, read the Declaration of Independence – read it out loud, the way that most people first learned of it. Read it to your children, so they can continue our tradition of discussion and election. Read it to your neighbors, who may have forgotten it real meaning. Read it before the ball games and the barbeques. And never forget what we are celebrating this 4th of July!