Skip to content
blog.GritrSports.com > How to Guides > Understanding Different Types Of Bullets
How to Guides

When you’re shopping for the right ammunition, it pays to have a good understanding of the different bullet types out there. The differences can be drastic, and if you select the wrong ammo for the job, you could end up placing yourself as well as others in a dangerous situation, even if you’re doing everything else right. Selecting the right bullet can also mean putting down the trophy buck in your sights or only wounding them and having them run off never to be found. Let’s examine the popular bullet types out there and how to use them to bring success to your shooting situation.

The natural place to start when examining bullets is with full metal jacketed rounds. FMJ rounds are coated with brass that completely covers the tip and most of the inner lead core. Since completely coating the end of the bullet in lead is deemed unnecessary for most civilian applications, the end of a FMJ round is usually left exposed. Yet when you handle a FMJ cartridge, it appears as if it is all brass since the exposed lead is covered by the shell casing. FMJ rounds have very good long range performance, and they can travel long distances because of their aerodynamic design and streamlined exit from the barrel due to the brass jacket. The solid brass point of the FMJ bullet also keeps the round from fragmenting upon impact, and this can cause the bullet to pass through multiple obstructions without losing much energy. 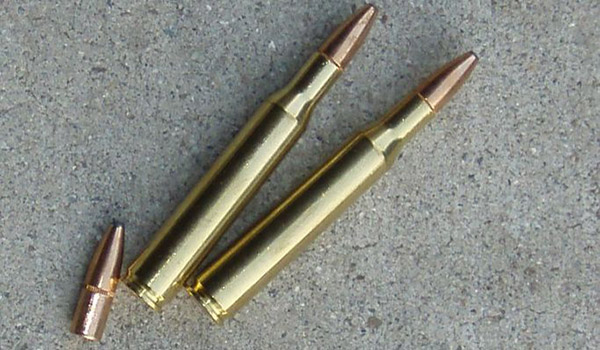 When it comes to ideal uses, FMJ bullets are generally just used as range ammunition in civilian applications. They punch through targets and typically don’t convey enough stopping power to be an ideal hunting or self-defense round. This is not to say that FMJ rounds aren’t lethal, the exact opposite is true. Their high energy and potential to penetrate many targets with a single round makes them very dangerous, and they are the preferred choice for military applications. FMJ rounds should never be used as self-defense rounds because of their penetration capabilities. They could pass through an attacker and potentially injure another bystander. In home use in self-defense situations is also very dangerous since materials like drywall create very little resistance for FMJ rounds.

A variant of a FMJ round is the soft point round also known as a jacketed soft point or JSP. Essentially soft point rounds are a reverse design of the FMJ round. The brass jacket is wrapped around the rear of the bullet and a small portion of lead core is exposed at the tip. These rounds are in some ways a mix between a FMJ round and a hollow point round, but they saw far more in the direction of a FMJ round when it comes to performance. They still penetrate with great force like a FMJ round, but eventually the lead tip does expand causing the bullet to slow and transfer more energy to the target. Soft points are a bit of a specialty round, and they can be of use in long range hunting applications, but there are better alternatives out there. It is also worth noting that some firearms are designed to exclusively use FMJ ammo, and hollow point rounds are incompatible with these guns. However JSP rounds work just fine in these FMJ specific firearms, and they represent the only way to bring some self-defense capabilities to the gun. Given the choice, JSP rounds are not ideal when compared to hollow points, especially in self-defense applications. 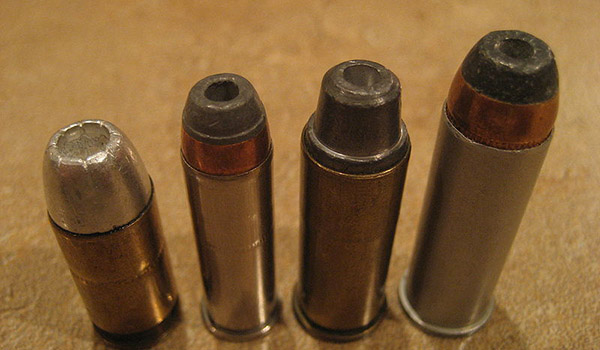 Alongside FMJ rounds, hollow point rounds are the most common bullets in use today. While it may seem like a FMJ round presents the most lethal and effective option against live targets because of their superior aerodynamics and penetration qualities, the answer is actually the opposite. Hollow point rounds offer better stopping power against live targets because they are designed to fragment upon impact. Instead of utilizing a brass tip like a FMJ round, hollow point rounds have exposed lead tips with a hollow cavity in the middle of the bullet. As the hollow point strikes its target, it begins to fragment immediately slowing its penetration and transferring the majority of its energy directly onto its target. Lead by its very nature breaks apart when it strikes another object, and this is the desired outcome when it comes to stopping power. An expanding hollow point has a better chance to make a wide hole that damages more tissue and creates more bleeding. Hollow points also tend to stay lodged in the target’s body instead of passing through the other side like FMJ rounds. This can be of particular use for self-defense needs since the round will offer maximum stopping power at close range, but it is less likely to pass through the target or adjacent objects and injure innocent bystanders. Aside from being the best choice for self-defense, hollow points also work well in theory for hunting applications, but their performance suffers over long distances due to the aerodynamic properties of bullet design. We’ll cover a better hunting alternative in a second. 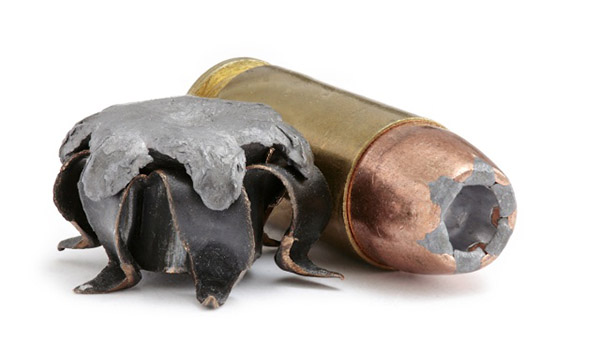 Just for the sake of examining some variants of popular bullet types, let’s touch on semi-jacketed hollow point rounds for a second. These rounds are somewhat rare and not commonly used these days, and once upon a time some states considered outlawing them, but a semi-jacketed hollow point has half of a brass jacket at its base and the open hollow point at its tip. The semi-jacket helps keep the round together when it strikes a target, and this results in increased penetration when compared to a normal hollow point. However, the bullet does eventually fragment and act like a hollow point. These rounds are not widely available anymore, but some collectors still seek them out. If they ever come up, you’ll at least know how they work, but chances are you’ll never been loading them into your firearm. 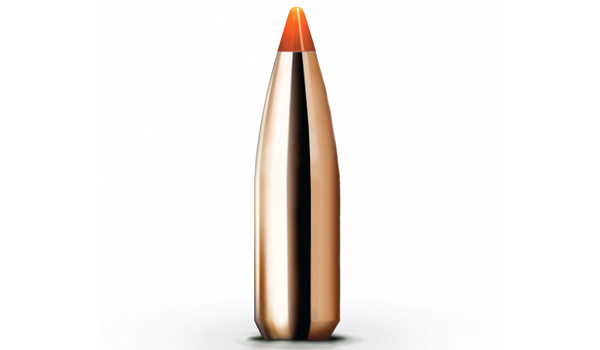 While there are other bullet types out there, these are the most common and the likely types that you’ll come into contact with as you become more familiar with shooting. Select the right bullet type for the job, and all that is left is to take a deep breath and squeeze the trigger.

All images courtesy of Wikimedia Commons: Thumb, one, two, three, and four.