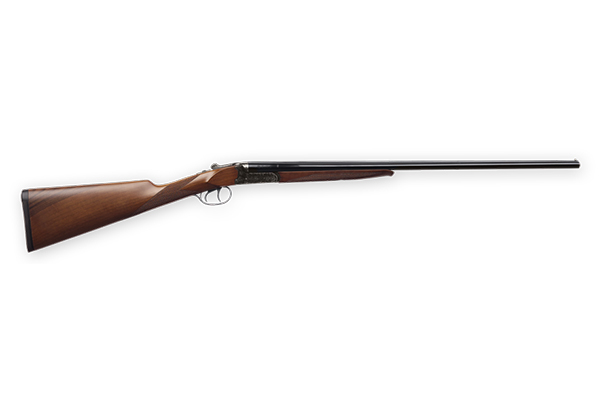 “Carries like a 20, shoots like a 12.” That was an advertisement I saw as a young lad in the window of Hageman’s 5 & 10 in Cheraw, SC and that slogan has stuck with me ever since. My first experience in shooting shotguns was a 16 gauge single barrel my brother and I bought for our dad for Christmas from the local Western Auto. This was back when children could buy guns for their dad’s and no one batted an eye.

That single barrel 16 gauge ushered me into the realm of hunter. I killed my first animal with that gun. I shot squirrels, doves, rabbits and anything else I could muster with that single barrel 16 gauge shotgun. As I have grown, both in age and as a hunter, the slogan seems truer today than it was in the 1970’s. Oh to find a good gun that would carry like a 20 gauge and shoot like a 12 gauge. To find a gun that would do it all – and we had it in our hands only to let it fade away.

Yes there are still some companies making the sixteen gauge. Some are available in the four and five figure ranges. Pristine doubles, matching pairs, or sets. And an occasional auto or pump will emerge every few years only to die the death of poor marketing and halfhearted attempts at reintroduction. Truly, the 16 gauge is in this author’s opinion the finest shotgun gauge ever devised. It carries everything you need to harvest every animal shotguns were designed to kill. The only limiting factor is the availability of good quality ammunition. It seems that for a gun caliber or gauge to really take off, ammunition manufactures have to embrace it as well and make a variety of rounds for it. Currently the smaller upland shot shells are available but even these are hard to find. The magnum loads are even more difficult to find and forget anything in non-lead or other special loads. I’ve tried for a few years to find a good turkey load in the 16 and it just isn’t available.

While there are a lot of theories of why the sixteen seemed to fall away in popularity, I would like to submit mine here and then offer a solution to revive the best shotgun gauge ever devised for hunting all game in North America.

To begin with, the demise of quail, and upland hunting in general had to be a catalyst for the dwindling of the popularity of the sixteen gauge. Why would you need a smaller gauge gun when there are few things to hunt with it? Shotgunning has been regulated to doves, rabbits, waterfowl, and turkeys in the south. Some upland hunting is still prominent across the Midwest, with pheasants and grouse being the dominant species. The smaller gauges are not as popular where the variety of game is greater. While a good argument can be made for using the 16 gauge for doves and even ducks (If you can find steel shot in 16 gauge), it just doesn’t get the press. As for using the 16 for turkeys, well as one said recently: “The only reason I don’t shoot 4 inch shells at turkeys is because no one makes them.” Turkey hunting has become a sport of big bores, big gauges and big shells. Why, I even spent three full days traveling all across the upstate of South Carolina last March looking for some 12 gauge # 4’s in 2 ¾” shells. I figured that before the creation of 3” or 3 ½” shells, many a turkey fell to the good ole 2 ¾” and wanted to give it a try. But alas, there were none to be had. So the same fate for the 16 gauge in the magnum shell sizes. They just are not available. Reloading is the only way to get anything larger than the occasional # 6 or rarely the # 5.

The argument here is that the 16 will do everything the 12 will do – – well almost. It does shoot like a 12 gauge, with less recoil. According to the Winchester ballistics chart, the 16 gauge shooting 2 ¾” shells sized #6 1 1/8 ounce of shot at 1295 fps. That is as fast as or faster than most 12 gauge shooting the same load. So why would one want to shoot the 12 when the 16 will do the same thing?

The real advantage of the 16 gauge is the gun itself. As the slogan said, it carries like a 20 gauge. Smaller guns weigh less and are often easier to handle. They just feel better in the arms and are quicker to shoulder, point and shoot. For the upland hunter, the 16 is in my opinion the perfect all species gun. It’s a great gun for the rabbit hunter behind a group of hounds, for the squirrel hunter preferring scatter guns and for the smaller quail and woodcock, grouse and even pheasant – the 16 excels.

Those looking for a good 16 are best to look in the used market. I have found that pawn shops tend to have a decent selection of good sixteen gauge shotguns. The Browning Sweet sixteen is one of the best ever made – the light version is even better. Most will cost you around $750 and up depending on condition. Other good 16 gauge guns are the Ithaca Model 37 pump gun that is a great work horse and will cost closer to $500 and up. The Winchester model 12 is one of the most collectible of the 16 gauge shotguns and will be several thousand dollars in poor condition. A few of the pristine brands still offer the 16 on special order these will cost well over $10,000. I found recently that CZ-USA Bobwhite and the now discontinued Ringneck are great modern side by side shotguns that are offered in the sixteen gauge for around $1,300.

Regardless of which model you decide on, getting your first, second or twentieth – shouldering a good ole sixteen gauge will make converts of one and all. Now if we can get the ammunition companies to get on board the return of the greatest shotgun gauge devised will see a resurrection and finally gain its place in history as the gun that ‘carries like a twenty and shoots like a twelve’ and puts a smile of the face of everyone who ever carried it afield.