Skip to content
blog.GritrSports.com > Conversations > The Guns Of The Modern Pistolero
Conversations 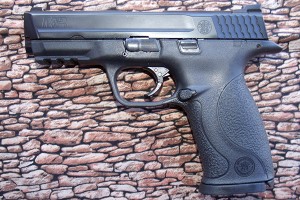 Pistolero? What is a Pistolero? For our purposes, it is a person who can reasonably be called an expert with all kinds of handguns. Handed any kind of handgun, modern or historic, the Pistolero knows how to operate most of them, and he or she can turn in a credible performance with any make, model, and caliber. Others may choose to focus on one kind of handgun, or even one model, but the Pistolero is a generalist.

Of course, this means dedicating hours and hours to learning about guns and shooting thousands of rounds. No one can master all the differing guns, but a true Pistolero can handle them with aplomb. To reach this level, there are certain guns that the apprentice will need to have extensive experience, best maintained by ownership.

The number 1 gun is an accurate .22 – either semi-auto or revolver. It is the “Ground Zero” for skill development, without the noise, blast, and recoil associated with larger calibers. It’s also the least expensive way to develop and maintain the hand-eye coordination of an expert shot. It also serves well when introducing new shooters to the FUN of shooting.

I will concede that an accurate air pistol is almost as useful – perhaps more so if you live in Northern climes where much of the year is unsuited to outdoor shooting, and indoor ranges may be few, distant, and expensive.

The emphasis on accuracy is due to the need to be able to demonstrate your ability on demand. Saying you are a good shot, without being able to prove it, means that anything else you say may be ignored. Use the .22 to enhance and maintain your skills over the winter and to train in new skills at minimal cost.

For example, at one point I decided I needed to be able to shoot better using only my weak/support side hand – and eye. Thus, if cover was to my right, I could maximize the use of it, should I need to defend myself. I started with dry fire, then used my air pistol, then the .22, and finally moved to my centerfire defensive guns. I can do about 80% of my strong side performance from my weak side – as long as I keep up my practice.

I also like to own a really accurate center fire handgun – one that has proven that any deviation from the center of the target is my fault! As a long time bullseye competitor, I bought a Clark Long Slide .38 Special version of the 1911.

Designed to only fire .38 Spl wadcutters, the recoil is not much more than a .22, but the handling is that of the 1911. It forces me to concentrate on the sights, trigger press, and follow through, and with the long barrel and sedate velocity of the round, it puts a real emphasis on follow through. A session with this pistol is – well, humbling. But after that, shooting other guns seems easy, and I am far more accurate.

So far, all of our needs can be met with semi-autos. But a Pistolero can handle revolvers as well. There are two that should be in our stable. The premier revolver, capable of almost anything, is a 4” medium frame .357 Magnum revolver with adjustable sights.

These tend to be universal guns – suitable (and accurate enough) for bullseye competition (fired single action), personal defense, IPSC/IDPA competition, plinking, and (where legal) taking of medium sized game. I tend toward the Smith & Wessons, as Colt revolvers tended to hit my middle finger with the trigger guard – hard. Rugers serve as well and are “hell for stout.”

The next revolver is the “snubby,” 2” barreled .38 with fixed sights. Fit with proper grips that fit your hand, these guns can be VERY accurate. Being able to shoot one well is the mark of a well trained shooter, as the tiny sights and stiff triggers test abilities to the utmost. Master a snubby, and knowledgeable shooters will acknowledge your skill.

A third revolver that the advanced Pistolero may add is a single action “cowboy style” gun. The least expensive way to get one, and to expand your knowledge base, is to consider a black powder revolver. In learning about black powder and it’s substitutes, you also get used to cocking the revolver before each shot. In my area, even new BP revolvers sell for about 1/3 of a new double action revolver and 1/2 of a cartridge single action. And there is something about that big cloud of smoke drifting down range… Here again, follow through is important, as the lock time between pressing the trigger and the ball leaving the muzzle is noticeable.

SEMI-AUTOS TO ROUND OUT THE HERD

A true Pistolero will be expected to know the ins and outs of the M1911 .45. This need not be a high end tricked out gun, but the skillful use of a 1911 is often the mark of an experienced handgunner. There are more makers of this design than ever, and there are variants to fit every purse and desire. One of my friends, and one of the finest shots I know, has won matches with a WWII issue, unmodified model. I shudder to think what he could do with a gun that an experienced gunsmith had worked over!

In any event, a 1911 belongs in your collection of working guns.

Next up is a polymer framed, striker fired pistol. Glock was the first, but Springfield Armory XD’s and Smith & Wesson M&P’s fit the bill, as do a long list of these types of guns by other makers. Caliber is of your choice, although .40 S&W is slipping in favor – it has more blast, flash, and snapper recoil than either 9mm or .45.  While the only Glock that fits my paws is the 19, the XD and M&P feel great to me. Plus, the M&P come with 3 backstraps, so you can fit the gun to your hands. No matter the brand, a striker fired polymer gun is a must.

Over time, you can expect to add some guns and perhaps delete others based on what you like, what you use, heck even where you live! I know of one part of the country where the Beretta pistols are the most common and another area where it’s seasonal – revolvers in the winter, semi-autos in the summer.

Of course, merely owning the guns means nothing – mastering them, being able to handle them smoothly, like an experienced carpenter can handle his tools – is the sign of the true Pistolero.

The guns above are my choices, but you may have others! So let’s hear what guns you choose to be called a Pistolero!