Skip to content
blog.GritrSports.com > How to Guides > Survival 101, Part 3 – The Aftermath
How to Guides 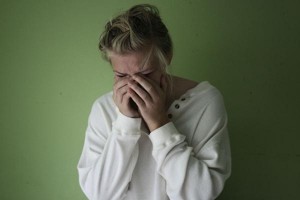 The title sounds like a Stephen King movie. The aftermath of any personal protection encounter could be a nightmare if you don’t take precautions. After you’ve alerted on a threat (Survival 101, Part I), and taken appropriate action (Survival 101, Part II), what happens next is not like television and certainly not over in one hour or even one season. Dealing with society and the courts may be the most challenging event in your life as you prove your innocence.

You’ve been assaulted and someone has called 911. The police and paramedics are in route. The adrenaline coursing through your body peaked at the time you did whatever was necessary to survive. Now with the event nullified you’re shaking like a leaf and crying like a baby. Let it happen. This is the normal and natural way for you to decompress from any frightening stressful event. Your body needs to rid itself of the stimulants which propelled you to victory. So sit down and get out your tissues before you fall down and pass out. Those that do not recognize the body’s need to decompress may find refuge in drugs, alcohol or suicide. This is not a good solution.

Knowing that people are curious, you can expect some civilians to ask you “what happened.” And knowing that these people have no desire toward notoriety or monetary gain, you may feel the need to unburden your soul. Unbeknownst to you they may be recording everything you say on their smartphone. This also pertains to the news media in the event they arrive prior to the authorities. The next thing you know, you’re on the 5:00PM news or on YouTube. And since you’re emotionally on a roller-coaster your utterances of remorse at having to hurt someone and jubilation at having survived, may make you look and feel out of control. You’ll definitely feel out of control when this recording is subpoenaed by the defense and played in court during the legal proceedings. You may be discredited, your testimony questioned and you personally vilified.

To prevent this, “Mums” the word. When approached by anyone including the police, you refrain from saying anything for 24-48 hours. During the heightened stress you just experienced, your conscious and sub-conscious mind separate in order to deal with different issues. Your conscious mind is focused on the threat and the sub-conscious mind is soaking up the non-threatening clues and cataloguing it for later retrieval. Perhaps while the scenario is unfolding, there are witnesses in the area and perhaps words spoken by them. If they are not part of the threat, your conscious mind will ignore them but the subconscious will take notes. You may not hear or see activities or sounds, including conversation with the perpetrator or gunshots. These are crucial pieces of information. Auditory and Visual Exclusion is very common during a high adrenaline situation. It is a method your body utilizes to protect itself and deal with the situation at hand. The period of 24-48 hours will give your conscious and your sub-conscious mind time to put the pieces of the puzzle together. Then and only then will you give a statement and one statement only. As you recall the events as they occurred, write it down. When you’re ready, hire an attorney and present your statement to the police.

In the ‘70s as an officer, I was instructed that a statement should be obtained within 15 minutes after the situation has concluded because “the most recent recollection is the most accurate recollection.” I’d obtain a statement almost immediately and then a second statement a week later. This is done to clarify points or ascertain whether additional information has surfaced. These two statements are inconsistent as the time lapse between them permitted the mind to put the pieces of the puzzle together. Months later the case including all the statements, are placed in the hands of the Defense. When another statement is obtained by the Defense team, memory degradation has set in and the information obtained may be different than the other two statements. It is dangerous to give multiple statements of which the content is dissimilar. The defense may destroy your credibility with inconsistent information.

Decades of research has proven that memory recollection, particularly under a stressful situation, takes time to recreate the events as they transpired. Police Officers understand that the statement taken immediately after the event may not be correct or complete as the mind has not processed the facts. Police are trained in the effects of Visual and Auditory Exclusion and some departments may practice the 24-48 hour rule when they are involved in a high stress situation. If the police pressure you to give a statement before you’re ready, invoke your Miranda rights and demand an attorney. All questioning concerning the incident must cease and this gives you the time to process the event.

If you must unburden yourself with feelings of guilt or shame, seek counseling, but only from someone with whom you have a confidential relationship. Unburdening yourself to your girlfriend or boyfriend may find them sitting at the defense table, testifying against you. Your response to a threat will take a toll on your mental well being. This is referred to as “post shooting syndrome.” You can expect to experience a wide range of emotions such as flashbacks, sorrow, crying, nightmares, anger and hate toward the victim/suspect, isolation and withdrawal, fear that you may be fired, criminally charged or sued in civil court.

Finally, you must realize that defending yourself with a gun is not what a rational person wants to do. It’s something you must do when there is no choice. Seek counseling if necessary and hire yourself a good attorney. Give one statement only to authorities and in court only answer those questions asked. Don’t volunteer any information not asked. Also understand the terminology used in your State Statutes. In Arizona, we shoot to STOP the perpetrator, not kill. The word kill indicates a termination of life when that may not have been your intent. It may be used against you in court to show you as a heartless, cruel individual. Words do make a difference in the court and the juror’s perception of you.

The secret to surviving is to avoid a situation in the first place. Be aware and stay alive, kick fear out of your mind and control the anger that fuels your response. In the aftermath be ready and prepared for the consequences of your actions.