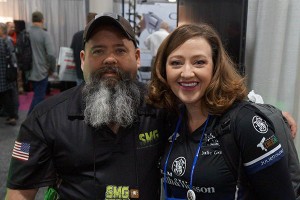 Over the past few weeks, 1800GunsAndAmmo.com has posted some fantastic views and commentary from the recent industry-only annual trade show in Las Vegas, NV aptly titled, SHOT SHOW 2018. These daily posts covered tons of new products coming for this fiscal year but can hardly capture the excitement, comradery, and shear size of such an immense event. To wrap up these series of features, I present to you, the Best of the Best of SHOT SHOW 2018 to give you the highlights of not only products, but of the great people that make up this industry as well. Along the way, you may discover a few items for 2018 that may have “missed” as we searched for the best. With that being said, here we go!

Let’s start with the biggest announcements surrounding the show first. Glock let the cat out of the bag leading into SHOT SHOW week with their release of two updated models from the Generation 5 series, the G26 subcompact and G34 MOS competition model. Stealing their own thunder, Glock announced the release of the G19X, a civilian version of their submission to the US Army’s Modular Handgun System trails. With the exception of the missing manual safety, the G19X is true to the company’s original hybrid design of bridging the Glock models 17 and 19 for a variety of benefits. (More to come with individual reviews of each of these new models.)

Not to be outdone by big announcements, SIG Sauer had their own with the introduction of the new model 365 polymer, striker fired 9mm pistol designed specifically for every day concealed carry. Available for test shooting at SIG’s private invitation only range day at the beginning of the show week, this double stack 10 round capacity ultra-compact pistol impressed a lot of people who may have had doubts going into the test. We at 1800GunsAndAmmo.com already have a sample of this pistol heading to north Florida to be tested by our Swanson Media Group writers in the coming weeks so stay tuned for another great review soon.

Rounding out the top announcements, Franklin Armory took a big swing in hyping up their new non-NFA regulated SBR sized rifle in .223 / 5.56 titled the Reformation. For weeks heading into SHOT SHOW, the company hyped this new rifle up as being a way around time consuming tax stamps by finding the “loophole” around the Short Barreled Rifle Federal statutes. Like many “big swings,” this was quickly a strikeout once the secret was out during their show floor announcement that the rifle has straight rifling. We had visions of lead knuckle balls flying down range via the already failed binary trigger system as people started to disperse from the booth. The media relations person actually bragged about the rifle’s 4” MOA at 50 yards. Through the power of social media, one of the most anticipated announcements became one of the week’s running jokes in less than 30 minutes. This sets precedence to revise the old saying: “The pen is mightier than the sword” and change it to, “While the pen may be mightier than the sword, the keyboard trumps them all!”

As I mentioned before, the products were not the only thing that were hits and misses during the show. With upcoming elections in full force for seats on the NRA’s Board of Directors, two of the top women in the firearms training world campaign for one of the 25 available seats. The first is Smith & Wesson sponsored World Champion pro shooter, Julie Golob and founder of The Well Armed Woman Shooting chapters not for profit organization, Carrie Lightfoot. Both of these ladies are good friends of ours and two of the hardest workers in the industry. As a NRA spokesperson, Julie has been not only a wife, mother, and brand ambassador for S&W, but also an adamant supporter for the 2A community in general as one of the new faces of the NRA public relations. 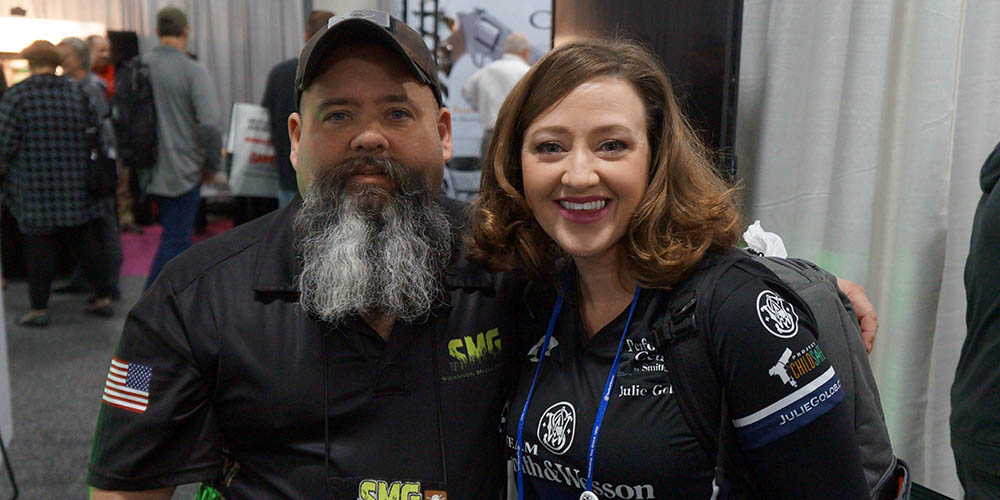 Carrie is not only a wife and mother, but proud grandmother as well. Drawing strength from her early struggles in learning to shoot to protect herself, Carrie has put together the largest, all-women shooting organization in the country with the mission to Equip, Empower and Educate others through sisterhood and purple pride. Its always an honor in seeing these two wonderful ladies and we wish them good luck in achieving their goals. 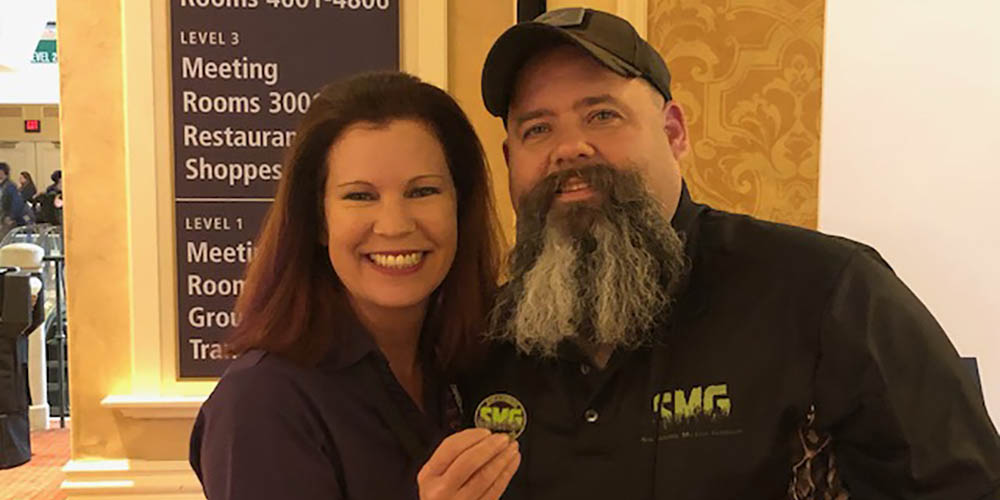 As a personal bucket list moment, a stop at our good friends at Torrent Suppressors’ booth to discover a living legend, Richard “Dick” Marcinko, the first US Navy SEAL commander of Team 6 and Red Cell as well as a Vietnam veteran. Now retired, Marcinko has been a bestselling author, radio talk show host, motivational speaker and military consultant. Just being at the show and sharing not only his experience but his generations view points added intrinsic value to the SHOT SHOW experience as a seasoned gun writer. 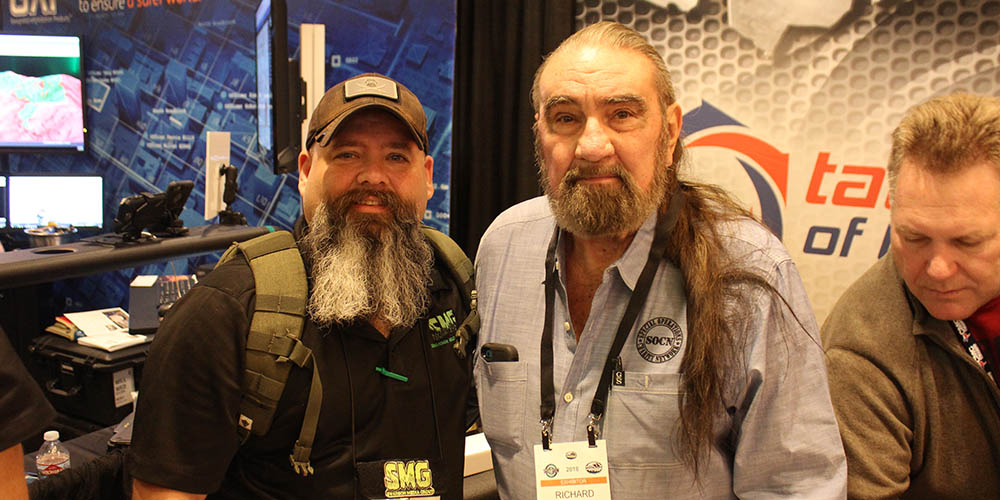 As an opposite of all this greatness we discovered on the show floor, it only took one person to set the 2A community back socially in the form of Taran Tactical sponsored shooter, Rochelle Hathaway. This shooter proved her head was in the clouds, even when not at work at her day job as a flight attendant, by stating in an interview for Glamour Magazine featuring the Women of the Firearms Industry, she didn’t believe anyone should own suppressors or possess more than three guns total. The nail in the coffin came with a statement about the possibility that the government could come into people’s homes and take their guns, Rochelle stated: “If the government decided to take guns away, I wouldn’t be mad about it.”

Much like the Franklin Armory failure, the keyboard wizards surrounded Taran Tactical and Rochelle on the internet. In mere hours, Taran Tactical ended their professional association with Hathaway via a social media released statement. Did I mention this took place halfway through Tuesday, the very first day of the SHOT SHOW floor being open? Maybe a little more focus on how a female shooter fills out the Second Amendment viewpoints section of the job application and less focus on how she fills out the skin-tight shooters jersey is in order for the next applicant. Fortunately, the industry rebounded in the wake of many more wonderful men and women featured in more gun friendly publications such as 1800GunsAndAmmo.com!

Products to round out the best of the best of the show are not all new to the show but have gathered a ton of excitement from show goers, online readers and industry professionals alike. Our new friends at Torrent Suppressors have hit the ground running with their modest priced, high performance suppressors for the working man and woman. The first look review of Torrent’s model T3 30 caliber suppressor is already pending publication as you read this so stay tuned for that! 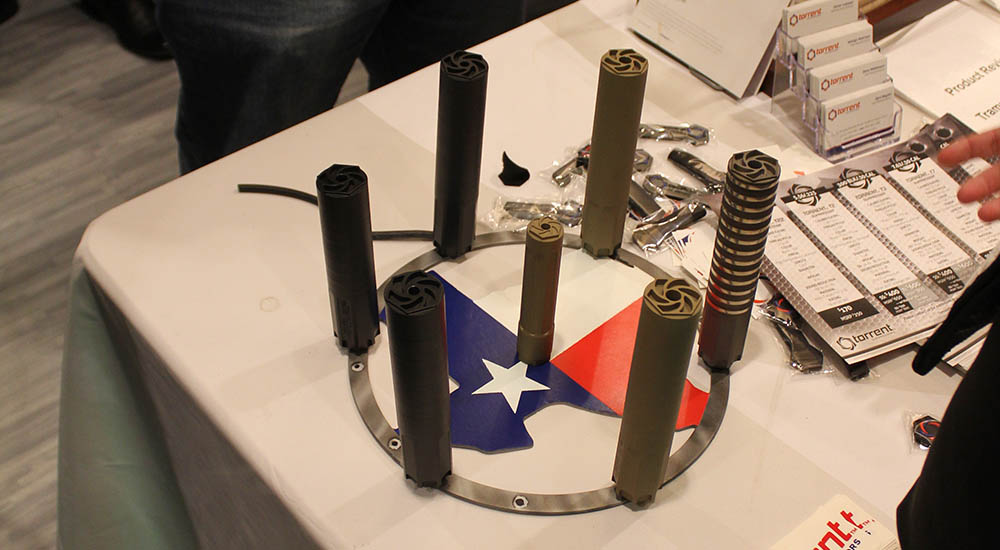 IWI announced new versions of their top selling Tavor rifle now chambered in 7.62 as well as a 12 gauge configuration. These Israeli bullpup style rifles and now shotguns feature 16 inch barrels in an ultra-compact, lightweight package. The 7.62 version brings more firepower via the bigger round compared to the traditional 5.56 version. The shotgun is where the game changer comes in. The Tavor shotgun features 3 rotating tubular magazines to keep the shooter up and running longer than most conventional combat shotguns. While it’s a bit heavy, the shotgun fan who eats their Wheaties and takes their vitamins will be in love quickly with this new IWI offering.

Palmetto State Armory teased their upcoming HK MP5 clone rumored to be under the $1000 mark with no confirmation on official price or release date. Along with this product, PSA also had their new AK pistols on display. These pistols are chambered in 9mm and coming in two variants. The first uses HK and HK clone magazines while the more popular version uses the much cheaper Glock 17 magazines. Our newest writer, Clint Steele was particularly excited about this due to his love of the AK platform from seeing them in their natural environments around the world during his time in the US Marine Corps and US Army.

As every year, a stop at the Vortex Optics booth produced two of the most awaited scopes for 2018 with the 1-6×24 Razor HD Gen II – E and the Crossfire red dot. No matter what end of the price spectrum you are on, Vortex optics has a top-quality scope for you this year. The 1-6×24 optic offers awesome glass clarity combined with short to medium range variable power scope in a short, compact package. With a range of reticles to choose from such as the VMR-2 MOA, VMR-2 MRAD and JM-1 MOA, shooters can have plenty of options to fit their shooting styles. The Crossfire 2 MOA red dot has been gathering a lot of buzz for first time AR and optic owners looking for a starter set up at an entry level price point. Add these to the list of items to come for review here at 1800GunsAndAmmo.com in the coming months.

Finally, we come to the least high tech, simplest design that left us wondering, “Why didn’t we think of that?” from Mag Storage Solutions. While these aren’t new to the market, this is the first year their display of products has really begun to catch peoples eye. Their flagship products include plastic racks that securely hold rifle and pistol magazines as well as ammunition in the “dead spaces” of most gun safes such as the inside of the door and left and right interior walls. Let’s face it, at the end of the day, we can have all the cool guns we can afford along with the most secure safes on the planet, but we still need a place to conveniently store the accessories as well. These mag storage units offer affordable solutions to crowed gun safes and junk boxes surrounding them which is why they round out our top products of SHOT SHOW 2018. 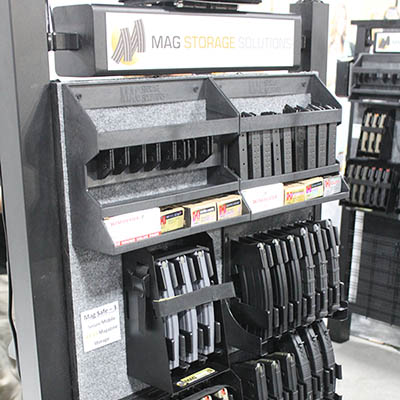 Each year, I am reminded just how close knit the Second Amendment community is and how it binds the industry we all love. The products are great but the people behind them are amazing. I hope this feature has tied up the SHOT SHOW experience for those loyal readers who have follow the daily post during the event. Stay tuned as these great products and more because full length, in depth review articles here at 1800GunsAndAmmo.com!!