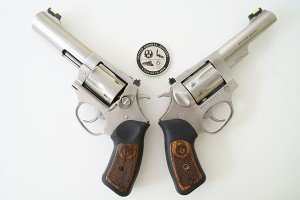 Since opening its doors in 1949, the Sturm Ruger Company has proven to be an industry leader in the world of firearms with everything from the production of their 10/22 series of .22 caliber rifles to the handgun hunter’s favorite, the Super Redhawk .44 Magnum. The list of tried and true firearms from Ruger is considerably long and distinguished, regardless of what caliber or platform you prefer. When a company is known worldwide for their beloved for such a wide range of firearms, where do you go from there? Answer: You do it all over again and then better!

With almost a reverse order of design, the first Ruger firearms were semi autos chambered in .22 LR with single action revolvers of the same caliber coming in 1951. After following success after success, Ruger introduced the model SP101 double action revolver in 1989. First chambered in .357 Magnum with a 5 round capacity, the 6 round .22 LR version was quick to follow. These early models came with slim plastic grips and a crude sight system involving a simple post front and U shaped groove for a rear sight. Basically, the SP101 would offer a scaled down version of Ruger’s GP100 series without the cushioned rubber grips and adjustable sights, popular at the time. 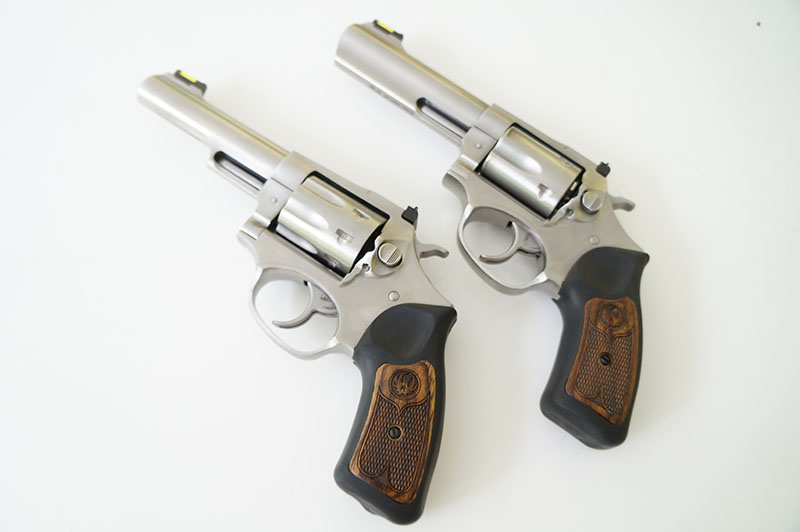 With Smith & Wesson offering a GP100 size frame in the Model 65 then down-sizing to the K frame series, Ruger’s SP101 design would be a direct competitor in the market. Like its S&W counterpart, the down-sizing would move chamber size from 6 to 5 shots with .357 versions, but offered an excellent platform for the .22 LR. Despite being considered a reduced sized GP100, the SP101 would offer an increase in size and strength in their .22 line of handguns. Until the SP101, Ruger .22 caliber pistols were typically small in size and weight compared to larger caliber firearms.

With the introduction of the SP101, shooters were able to train with the hefty feel of a big bore gun without the cost and recoil of big bore calibers. This frame offered a handy revolver for the novice shooter and avid outdoorsman alike as a .22 kit gun. For the big bore shooter, the .22 LR version SP101 offered the exact sight alignment, sight picture and trigger pull as the .357 Mag version. This combination would prove to be great training tools for law enforcement and armed security personnel. Ruger looked like they had another major success on their hands, but soon learned timing would be everything.

It’s no secret television, news media, movies, and local events drive the economy, especially firearms. One would just have to look at the recent American boom in gun sales due to political agendas clashing in the past few years despite a reported economic low for the country. As soon as so called “assault weapons” were featured in news headlines, politicians wanted to ban them and citizens wanted to buy them. Same can be said for Ruger’s timing when the SP101 was released. Its big brother, the GP100 was released in the early 80’s when movie hero’s like Dirty Harry were dispatching justice with a big bore double action revolver. Sales went sky high with each Clint Eastwood sequel in the series. By the time the SP101 was released in 1989, law enforcement across the United States were getting better training and switching from their revolvers to semi autos like the Beretta 9mm in response to incidents like the FBI Miami Shootout.

In 1986, two former military trained bank robbers managed to hold off numerous FBI agents in one of the nation’s most famous and widely seen shootouts. The bank robbers, William Russell Matix and Michael Platt went toe to toe in a fire fight using semi auto and full auto weapons against eight FBI agents equipped with standard issue revolvers. The bank robbers were eventually taken down but not before killing and injuring several members of law enforcement first. By 1989, everyone rushed to toss aside their revolvers in favor of new technology. Without continuing interest in revolvers, the SP101’s production barely lasted a decade. 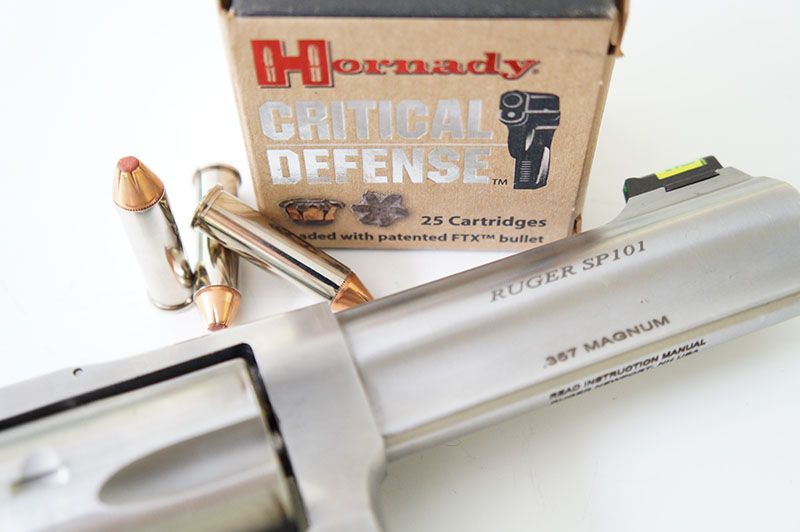 Just like the fashion, movie and music industries, the firearms industry is prone to trends cycling around full circle again, whether it is socially, culturally or legislatively influenced. With the onset of semi-auto pistols rapidly taking over the law enforcement scene as the industry charged into the new millennium, shot to hit ratios began to decline. After 20 years of establishing new training programs based around the semi-auto platform with new terms such as “de-cock and holster” becoming a norm, law enforcement experts discovered this decrease in hits on target per volume of shots taken in real world armed encounters was not due to less accurate semi-autos vs revolvers, but a decline in officers taking the initiative to training as much with their new high capacity pistols. Often it was heard mentioned by officers that with 17 rounds of ammunition compared to their old 5 and 6 shot revolvers, they had plenty of ammo to hit their targets.

Taking these new millennium stats seriously, some law enforcement agencies decided to switch back to revolvers for certain sworn personnel such as prison transport and parole officers. This switch was intended to put the focus more on marksmanship and making shots count versus the spray and pray method of inexperienced personnel. Most armed security agencies decided to require their personnel to ONLY carry revolvers for duty. By this time, most revolvers on the market fit two types of categories, cheap, small and poor quality or large, heavy and expensive. Due to the need of a mid-sized duty revolver for over two decades, there seemed to be a clear lull in innovative designs within the industry. 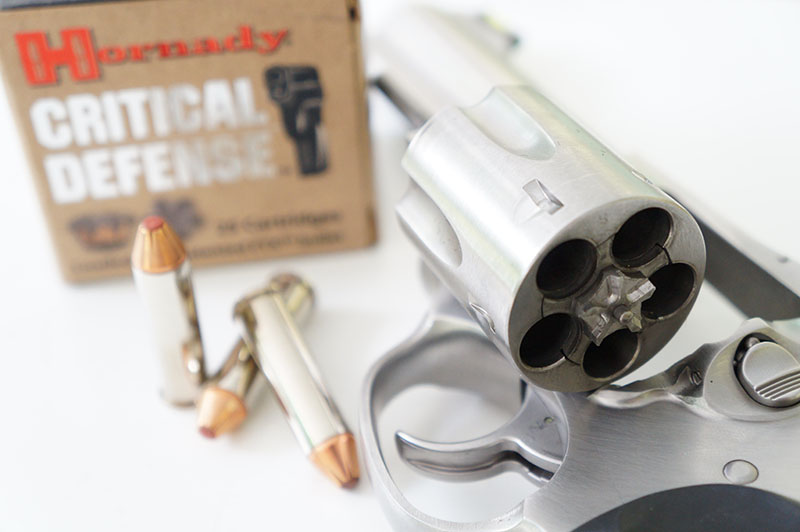 When I entered into law enforcement after college, I worked for a Sheriff’s Office in eastern North Carolina. With our office located in the middle of the county seat, it wasn’t long before I befriended the local Police officers who we regularly worked with. It wasn’t long before word got around that I was a decent shot regardless of the firearms platform at hand and I came to the attention of a true student of the Ruger series of firearms, Officer Charles Johnson aka Tarboro unit #41. Known for his strictly business, by the book work ethic, Charles and I became fast friends over long 3rd shifts on patrol and waiting in the Magistrate’s office for our turn to present our case for warrants.

Every time we ran into each other, Charles would update me on his newest Ruger firearm purchased. I clearly remember the night he removed the old model Ruger SP101 out of an ankle rig, quickly unloaded it and handed it to me to inspect. Charles pointed out how smooth the trigger action was, but wished the grips were much better than the cheap plastic ones from the factory. Since that night, each time our paths crossed, I would have to hear how great the pistol shot and what a perfect back up weapon it was to his issued Sig Sauer 220 .45 ACP. Sadly, we lost this proud officer to a traffic accident in 2014 but I always remembered how proud Charles was of that SP101 revolver.

In late 2011 shortly after I left law enforcement, Ruger decided to take another chance on the revolver market in time to take advantage of this re-transitioning time. According to engineers at Ruger, the .22 LR SP101 had been the most requested item in the past few years than anything they had ever produced. With a few new improvements, Ruger managed to get both their design and timing right in their second attempt. With the relaunch of the SP101, Ruger released the revolver in both .22 LR and .357 Mag with a new look and more comfortable feel. While the .357 Mag remained a 5 shot wheel gun, the .22 LR version would get a capacity upgrade.

The reason for such a huge request for the return of the SP101 in .22 LR was due to another trend from the golden years of shooting starting to come around at that time with civilian shooters, that of the beloved “kit gun.” The kit gun has been loosely defined as a small, durable revolver usually in .22 LR small enough to fit in an out pouch on a jacket, backpack or even fishing tackle box instead of traditional belt carry. Many outdoor lovers prefer to carry a simple .22 pistol in order to dispatch varmints, snakes, or the occasional pesky pine cone. Ruger wanted to offer shooters more this time around by chambering the .22 version of the SP101 with 8 shots, thus giving them an immediate 33% improvement in firepower while still offering a small, relatively lightweight pistol for the gun you carry when you don’t want to carry a gun.