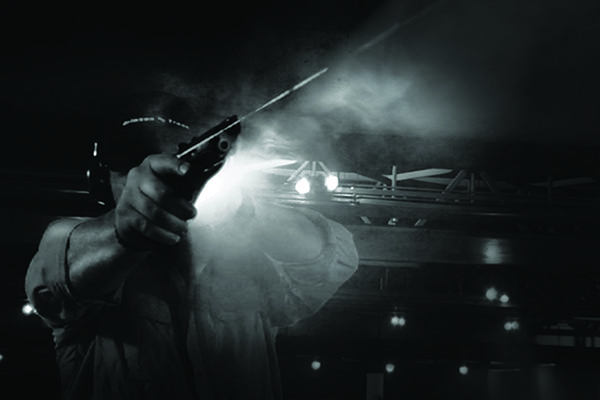 Figuring out which color laser-aiming system is best for you—and your budget—can be confusing. Thankfully, it’s not rocket science, although the technology packed into these modern marvels that can make you a better shooter certainly is. 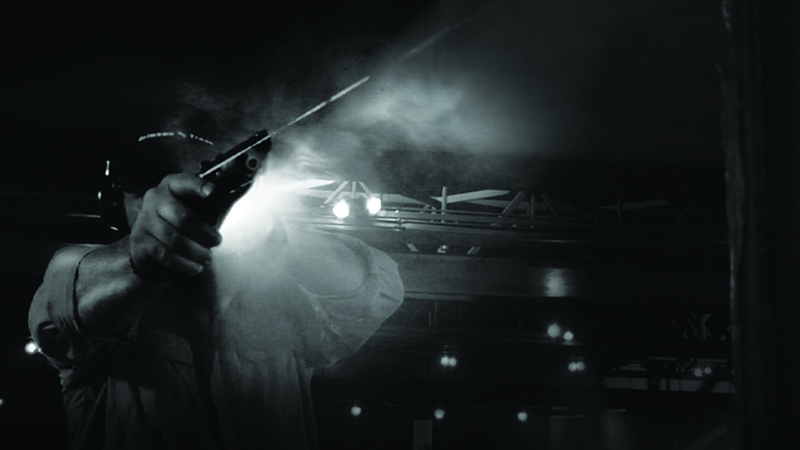 Human eyes detect green better than red, an evolutionary leftover from a time when large predators lurked in every forest—the closest thing to a neighborhood grocery store at the time. Those who developed an ability to detect the slightest movement in the leaves survived and came home with full bellies. The others left the gene pool quickly.

Darwinism aside, six to seven million cone cells do the majority of color detection in the human eye. There are three different types, with each tailored to collect a different frequency, roughly red, green and violet/blue. Green’s magic spot in the middle of the spectrum, though, means both of the other specialized groups can supplement the information—an advantage not possible for the other cones.

Not surprisingly, studies show humans are very sensitive to green when compared to red. The difference is significant enough that Dan Hewett—an officer in the Electronic Branch of the Food and Drug Administration’s (FDA) Center for Devices and Radiological Health—issued a stern warning in the organization’s March 2015, consumer bulletin. “A green laser beam could cause a larger startling or flash blinding effect compared to a similarly powered red laser because the human eye is especially sensitive to green light.” His comments might lead you to believe we should all go green, but that’s not always the case. 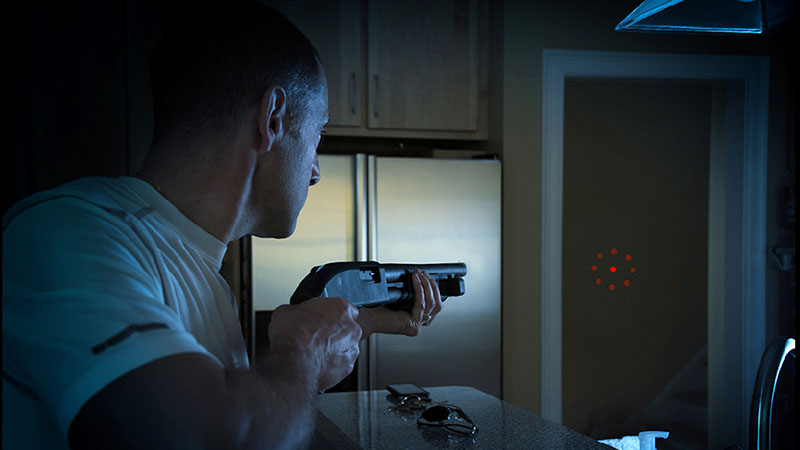 Regardless of color choice, the power is nearly always the same. The Food and Drug Administration regulates laser output in the United States, and strictly limits consumer-grade pointers to an “eye safe” 5-milliwatt (mW) maximum. Just because it’s earned that rating, though, doesn’t mean it’s toddler safe. “A 5 mW laser aimed directly into the eye won’t cause damage instantly,” according to Hewett. “A person’s reflexes to look away, blink, or make other involuntary movements are protective. But if you keep your eyes open and stare into a 5 mW beam, it will cause damage.”

While red and green consumer lasers have an identical output, internal construction is vastly different and highlights advantages and disadvantages. In firearm designs, a small diode starts the process. Red lasers start when the chip creates red light, which then passes through a lens that directs it in a tidy, target-painting line downrange. It’s a direct, efficient and unbulky process. 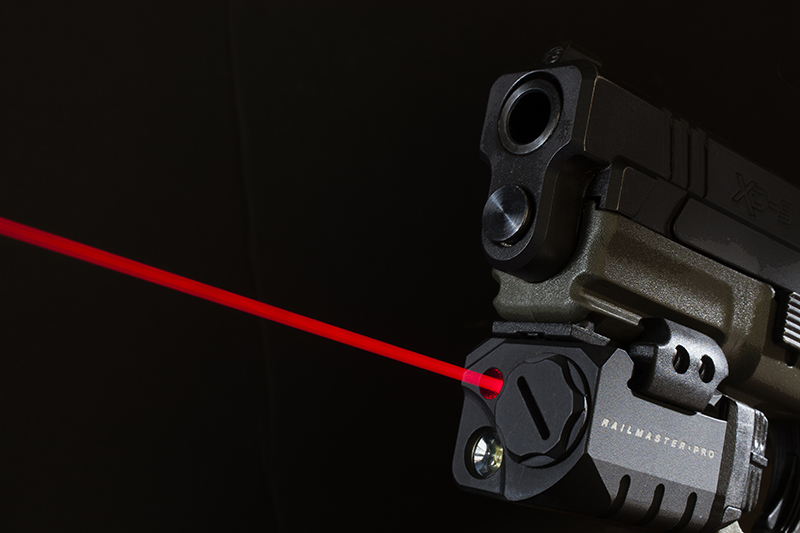 Green, on the other hand, starts with a diode generating a totally different output—diodes can’t create the color directly. It usually begins as infrared, which passes through a frequency doubler and a series of filters designed to alter things to create the proper light. Unfortunately, power is robbed in each step, which means initial, internal output before manipulation is significantly higher than the resulting output. Aaron Moore, Vice President LaserLyte, puts things in perspective. “The complication in red versus green is comparable to a magnifying glass versus a telescope.” 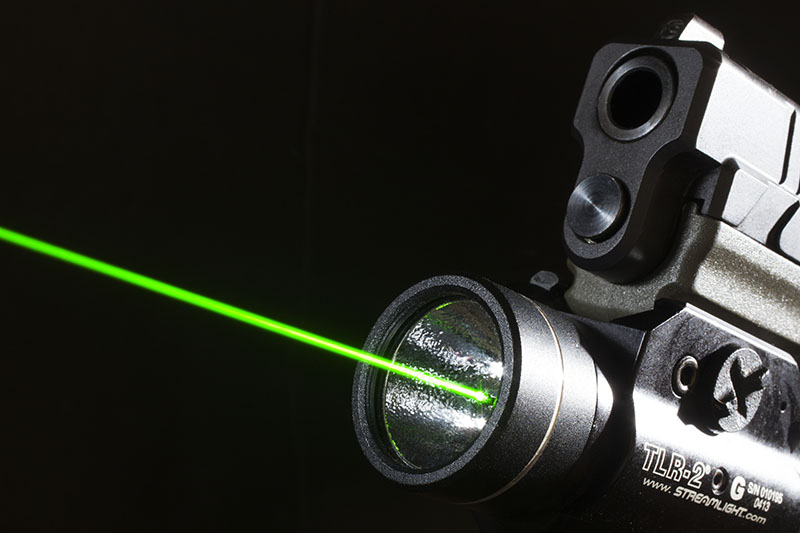 You may be able to see the green dot easier, but the inefficient process will drain those batteries faster. “Due the complexity, 10 times the battery power is needed,” Moore said, although he emphasized technology is making strides on the problem every day. Mike Faw, marketing manager at Crimson Trace, concurs. “Green lasers consume power faster,” he said.

Early versions also displayed an annoying propensity for shutting off unexpectedly in cold temperatures, a habit that precluded them from military consideration. And, all that internal manipulation and wasted energy generates heat, which made them susceptible to heat-protection shut off at inopportune moments. 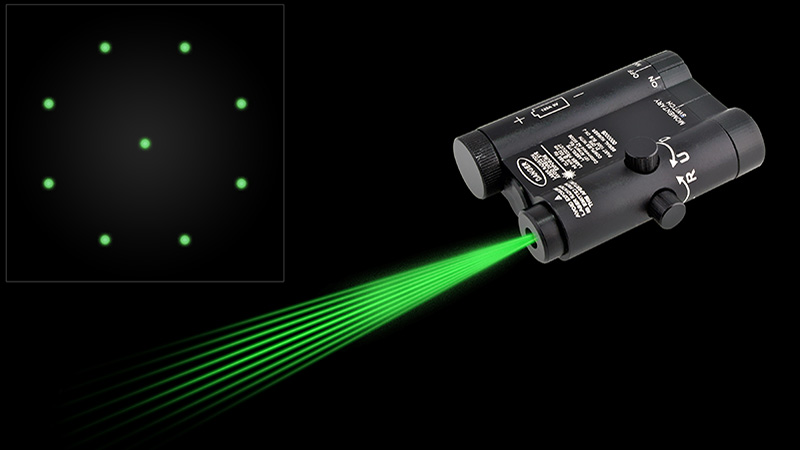 Those problems have been largely eliminated and, in reality, weren’t much of a concern for the average consumer, anyway. There are still other differences to consider, though. “Green laser diodes cost more to build, are slightly larger in size and they operate on a different circuit board and system them red lasers,” Faw said.

Which Way to Go?

“Green is easier for the eye to see in ambient light,” according to Faw. “Both green and red are visible in low-light conditions and this is when a large number of home invasions and attacks occur.”

Moore concurs on color selection and anticipated environment of use. “Green is better in daylight or well-lit areas,” he said. “Red is better at night or most indoor locations.” 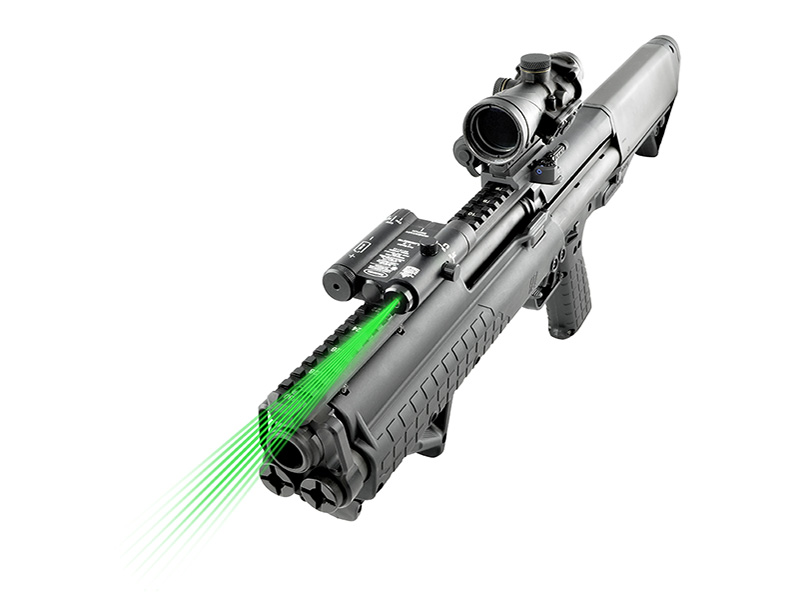 The percentage of green-specific cones in an eye varies by individual, so no one can accurately state how much more visible the laser appears to each shooter. It is, however, a biological fact that green is easier to see, particularly in the daytime. Take one for a test drive before you buy.

When lasers escaped the laboratories to change the way we listen to music and watch movies—in our CD and DVD players—they quickly became common place at the firing line. They continue to improve, and in the next few years as versions inside our Blu-Ray players become more efficient and compact, they may also find their way onto guns. 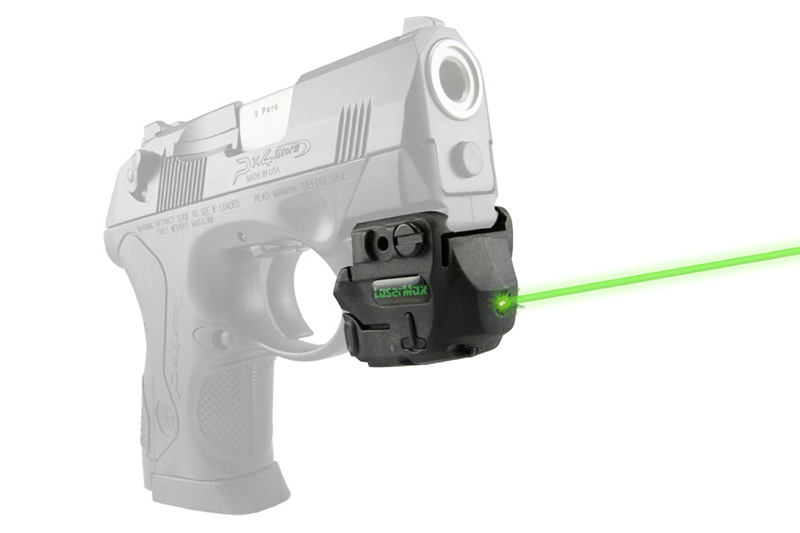 It’s a different kind of evolution, though—in a less-than trustworthy bunch—where you find the ultimate application for a laser on your home-defense gun. It’s also a good argument for going traditional in a sea of change. “Criminals know red lasers and what a red dot on their chest means,” Faw said. The knowledge helps them stay in the shallow end of the gene pool, apparently.