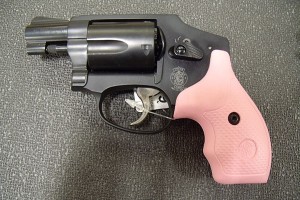 Years ago I went to a police range to do some shooting.  I was a Special Agent with the Treasury Department at the time.  I was practicing with a .45 when approached by a gentleman, also in Law Enforcement.  He told me that if “the little lady” needed any help with that “bone crushing” .45, that he was just nearby and available to assist her.  I proceeded to put several rounds from my .45 in dead center of my target and he packed up his equipment and left the range.  This reinforced my belief that society agrees with the myth that women are physically weak and unable to handle the mass, weight and recoil of a large caliber pistol and that they should only shoot something Light, Small and Pink. 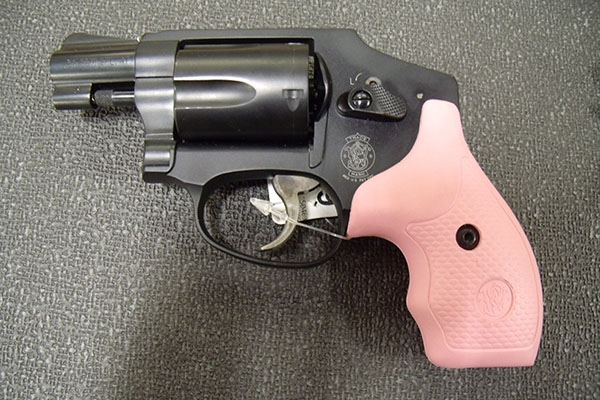 Many women and some men haven’t been raised with firearms.  Handing a pistol to a woman or a new shooter without some training on how to hold it and absorb the recoil may be a disaster waiting to happen.  Without some training, telling them to pull the trigger and then laughing at them when they end up on their bottom, or they drop the gun or express pain, is a great way to turn a shooting partner into a bench sitter.  Boys generally learn about firearms from their father’s or another family member, in a period of ten years from ages 4-14. Then they’re introduced to hunting through the Hunters Safety Course.   During this time, girls don’t have a clue about this topic, as they‘re directed towards other endeavors.  Of course, there are exceptions to every rule, but in general most girls have no concept on how a firearm functions.  They’ve never been inspired to learn.  Only when a man purchases his wife or significant other a firearm, or she picks what she believes to be a good choice based on its appearance, is the seed planted.  And the type of firearm chosen will determine whether she will love it or hate it.

A large percentage of women I train come to my class with Light, Small and Pink or whatever their favorite color is.  They either tell me this is what their husbands or significant other has purchased for them, or this is what they‘ve chosen because it‘s cute.  She unwraps this piece of metal or plastic, with which she has no idea what to do with.  It’s light enough and small enough to be a necklace or an earring.  She handles it gingerly with two fingers, afraid she may break it.  And two fingers with some pistols is pretty much all she can get on the grip.  What she doesn’t realize is that it may be so small, that it is difficult to hang on to when fired.  It may rotate in her hand or she may drop it.  It’s so light that the recoil becomes a “bone crusher” and she may only fire it once before putting it away in a closet where it remains for the rest of time. 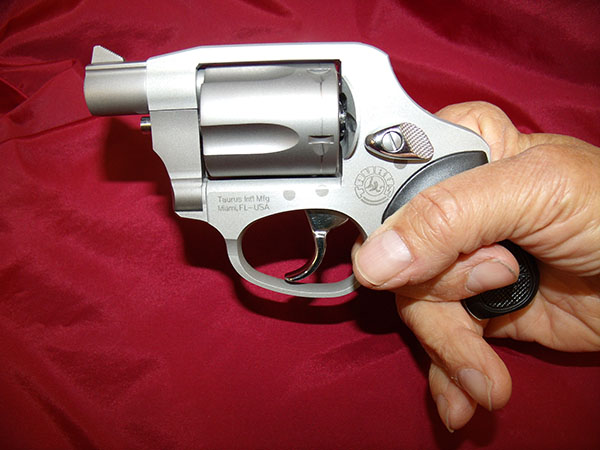 Light and Small pistols are for the advanced shooter not the beginner.  New shooters need to learn the Fundamentals of Shooting first and perfect those fundamentals with a Heavy and Large pistol before moving to a Light and Small pistol.  If they’ve never pulled a trigger on a small pistol, it may be very painful and frightening.  It may implant discomfort and fear in their mind.  They may flinch or jerk the trigger rather than use a smooth trigger pull.  They may miss the target as a result and will be upset and perhaps say: “I never want to touch that thing again.”  They’ve become an enemy of a pistol, not a supporter. 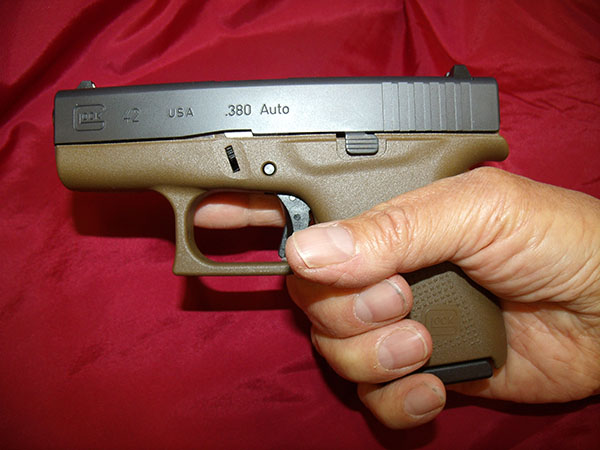 Heavy and Large pistols give more room for all the fingers of the hand which distributes recoil in a number of areas on the palm rather than one point on the web of the hand.  A barrel length of 4” makes it easier to align the sights quicker because of the longer sight radius. The larger grip and longer barrel make the pistol heavier which reduce the amount of recoil that’s absorbed by the hands and arms.  With a proper sized pistol, they’ll feel good with the purchase and excited about practicing and confident that they‘ll have a reliable companion when it’s needed to respond to a potential threat.  The gal will enjoy shooting with her husband or significant other.  It will be a highlight, not a drudgery.  She’ll use the pistol she’s chosen to practice for possibly having to defend herself or someone else, or for pure enjoyment of the shooting sports.  She and others may enjoy the benefit of joining a shooting club or competing to advance and enhance their experience.

My advice is to buy a gift certificate for some training rather than buying the person a pistol.  Let them choose what pistol is comfortable and manageable.  The best training will include shooting a variety of pistols.  This way they’ll understand the difference between Large and Heavy and Light and Small.  They’ll be able to diagnose what is comfortable in the hand, practice the Fundamentals of Pistol Shooting which they‘ll learn in the class, and the results they see on their target will sell the pistol.  The new shooter having trained on a Larger, Heavier pistol will later be able to master the Light and Small with little difficulty and anxiety.   You’ll make them a very happy person and an enthusiastic shooting partner. 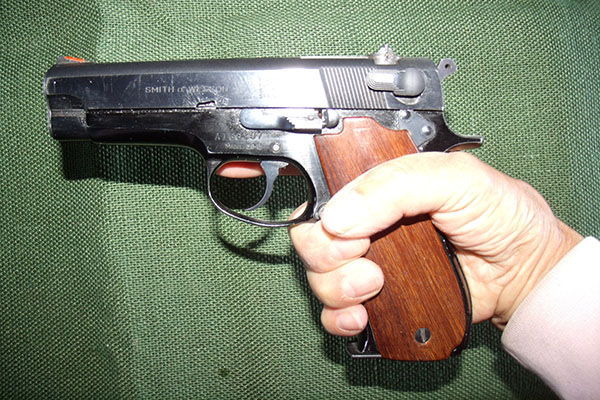 Don’t put someone in a car without driver’s education.  Don’t buy someone a pair of shoes before they try them on.  Don’t buy a car without a test drive.  Don’t put a gun in a person’s hand without the proper training.  And, don’t get caught in the belief that women are physically weak.  You’d be surprised how many of my students trade in Light, Small and Pink for Heavy, Large and Black.  They’ve learned the myth is only a myth.