Skip to content
Blog.GritrSports.com > Conversations > The Most Recognizable Brand In the Outdoor Industry: Browning
Conversations 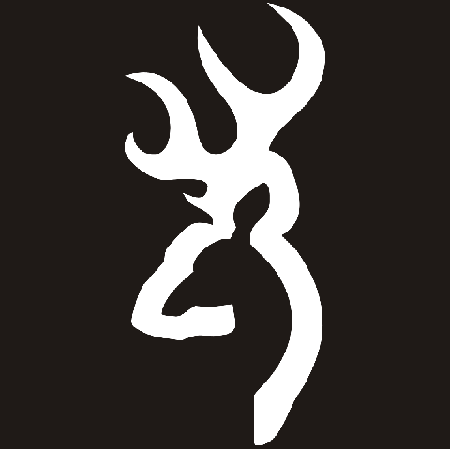 The story of the Browning Arms Company is one of the Browning family. When John Moses Browning burst onto the firearm manufacturing scene in the late 1800s, his designs took the firearm world by storm, and he created a revolution in firearms technology that has never been replicated since. Yet the company that was established to market his sporting firearm designs, The Browning Arms Company, was the collaboration of John M. Browning and his brother Matthew Sandifer Browning. Let’s examine how the Browning name became the most recognizable brand in the outdoor industry.

John and his brother Matthew were both born in the western town of Ogden, UT, which is just east of The Great Salt Lake and 40 miles north from Salt Lake City. John and Matthew’s father Jonathan Browning had settled there in 1851 a few years before the birth of both his sons, and he had recently converted to the Mormon faith which brought him to that area. Jonathan was a gunsmith by trade as well, and he learned the trade in his birthplace of Kentucky. There in Ogden in 1852, he set up a small shop repairing and manufacturing firearms for the hordes of settlers heading yet further west on the Oregon Trail. Four years later John Moses Browning was born, and he was destined to carry on the legacy of gunsmithing that ran in his family.

So much can be said of John M. Browning, and he is by in large the most popular icon ever in the firearms world. He has been compared to Thomas Edison for his ingenuity in firearm designs, and it is not a stretch of the imagination to say that John Browning’s firearm concepts were a major contribution to the Allied victories in both World Wars. In short, John Browning’s inventiveness changed the world. But as a boy in Utah, he was simply a tinkerer, and it has been said he was a fairly solemn man of few words. It was there in his father’s gun shop at the age of 13 that he made his first firearm, and still at the young age of 24, John was awarded his first patent for a firearm design, the Single Shot Model 1885. A master with blueprints, John was always seeking inspiration for ways to improve existing designs and make both the firearm and its operator more efficient and accurate.

John’s first marketable design, the Single Shot Model 1885, was a falling-block action rifle where a single shell is inserted into the breech and a block of metal is then slid up to seal the breech for cartridge ignition. The falling-block was operated by a lever, and the operator would have to feed shells one by one into the breech after each shot. The firearm was a solid, reliable design, and John partnered up with his brother Matthew to manufacture and sell the rifle. By now Jonathan Browning had passed away, and the two sons were left to carry on his legacy, and their first partnership was based in Ogden just like their father’s shop. The named their manufacturing operation The John Moses and Matthew Sandifer Browning Company, and seeds for the modern Browning Company were sown.

It should be noted that John’s brother played an integral role in the success of John’s designs in the early stages of the company. He was the businessman behind the operation, and since John was described to be more interested in pouring over blueprints than balancing the books, Matthew handled the financial matters of the company up until his death in 1923. He was the first Vice President of the company we know as Browning today, and there is no doubt that John and Matthew forged an important partnership that allowed John to explore and perfect the wealth of designs that were to come in his later years. Although all their designs were sold to Winchester throughout the late 1800s, the Browning Company remained in Ogden, UT and is still in operation up until this day.

Later Designs And Parting With Winchester

As the Winchester Model 1885 grew in popularity, they began to solicit John Browning to create other firearm models. They first asked him to improve upon the lever-action shotgun, and John promptly responded with the Winchester Model 1887, but it was during that design period that John’s interested grew in the pump-action method of reloading a shotgun. Several years later he sold his pump-action design, The Model 1897 pump-action shotgun to Winchester as well. Numerous other lever-action rifle patents were also sold to Winchester during this time period. Yet it was becoming evident that selling his designs exclusively to Winchester was not a financially sound move anymore given that Winchester was making substantial profit every year while Browning only received one payment up front. As John Browning completed his newest design in 1989, the Browning Auto-5 shotgun, he approached Winchester with a different proposal as opposed to his previous dealings with Winchester. He proposed that a royalty fee be imposed on each shotgun sold, and this ensured that if Browning’s new shotgun was successful, he would stand to make significantly more from its success. Winchester management was not pleased with Browning’s new proposal, and they turned it down. Browning also shopped the Auto 5 with Remington, but at that time the company’s president had just died and the company was in no position to negotiate such a large deal. Browning instead looked overseas to a new partner: FN Herstal.

John found a new, willing partner in the storied factories of FN Herstal. Built upon the legacy of Belgian gunsmiths from generations passed, FN Herstal was a growing company located in Herstal, Belgium, which was a city affiliated with the small government of Wallonia. FN Herstal accepted the new deal for the Auto-5, and the company produced several new designs from Browning in the years following like M2 Browning Machine Gun. Their partnership continued until John Browning’s death, but several other companies also produced John Browning’s designs in the years following because of his change in licensing agreements that was pioneered when shopping around the Auto-5. In fact, the first production run of the Browning Automatic Rifle, or BAR, was held in the Winchester factories during the WWI effort. During this period many other famous designs like the M1911 Pistol were also pioneered by John Browning.

John Browning died on November 26, 1926 in the factories of FN Herstal in Belgium. True to his spirit, he was working on a new self-loading pistol design when he suffered a heart attack the work bench. True to the Browning family heritage of gunsmiths, he was working in his son’s workshop at FN Herstal. Val A. Browning soon took control of the Browning firearm legacy, and in 1935 he moved back to Ogden, UT to serve as president of the Browning Arms Company. The modern variant of the John Moses and Matthew Sandifer Browning Company was the Browning Arms Company, and it was officially started in 1927 shortly after John Browning’s death.

Val A. Browning helmed the Browning Arms Company up until it was purchased by his father’s old partner FN Herstal in 1977. Today Browning still operates as a subsidiary of FN Herstal, and it’s legacy in firearms and outdoor pursuits lives on well over 100 years since John and Matthew first began producing the Model 1885. Browning isn’t just a manufacturer of firearms either, they have expanded well into the entirety of the outdoor market, and fishing gear, knives, apparel, gun cases, safes, and flashlights are produced by the company. True to it’s roots, Browning is still based in the Ogden, UT area. Nothing could be closer to a true American tale. Jonathan Browning sets up shop in Ogden in 1852, and 150 years later the Browning name is still one of the prominent businesses in the area.

Why is Browning the most recognizable name in the outdoor industry? They certainly weren’t the first major firearms manufacturer in America, and in fact it took many years of selling patents to Winchester for Browning to establish their legacy as an individual company. So perhaps it is because it is a family story, one with three generations of gunsmiths, and several other key players like Winchester and FN Herstal to demonstrate that the firearms business was ultimately one of global collaboration. But much of the success lies on the shoulders of John Browning, a simple tinkerer and blueprint enthusiast who transformed the modern firearm, helped America through its trying times in the World Wars, and co-founded an American company so many years ago in Ogden.

Photos one, two, three, and four all via Wikimedia Commons.