Skip to content
blog.GritrSports.com > Conversations > Mirage: It’s Not What It Seems
Conversations 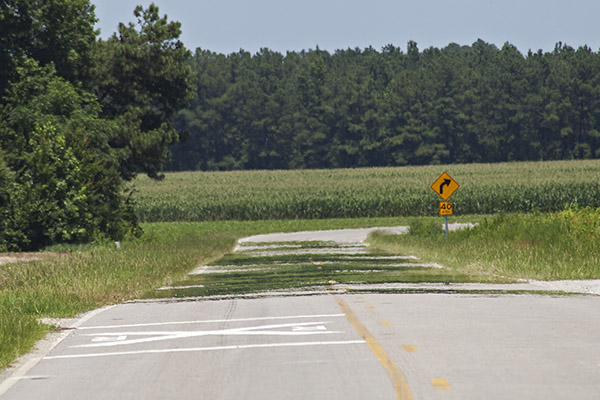 It doesn’t take a degree in physics or a working knowledge of the theory of relativity to harness the power mirage to improve your shooting. In its most basic application, it can be an advantage in hunting, explain one problem at the range, and, with practice, provide an improved ability to hit the bullseye at distance.

You digested most of the science in elementary school and the phenomenon surrounds you daily, so relax. No test follows this primer, which is hopefully entertaining enough that is gets you looking for mirage at home and on the range—because proficiency cannot be created by reading an article. Practice is the only way to harness this power.

Deer hunting provides a simple application, despite the fact shots are usually within 100 yards. All of us have decided to close the gap once we’ve spotted our quarry at a distance too long to deliver an ethical shot. However, wildlife has an uncanny sense of smell, so approaching from downwind to minimize the chances of detection is the best option.

Unfortunately, wind is fickle. At the very least you can expect it to vary in speed between your position and that of the animal, but topography can also create a situation where it’s moving in a different direction entirely. Add occasions when winds swirl around a canyon, and mirage becomes a powerful tool.

Yes, reading leaves/branches along your preferred route is the fastest method, but that requires enough breeze to move foliage. Wind-reactive plants are also mandatory, which is a challenge in many portions of Afghanistan as well as a few of the Sonora Desert’s most popular mule deer hunting areas—where monolithic saguaro cacti barely budge in gale-force winds.

Light bounces off a target, transmits through the air, and finally it’s collected by our eyes for the brain to process. Sounds simple, but nature can alter things during its long trip to our scope.

Light can bend, or refract, as it passes through materials of different densities. You witness the phenomena every time you visit a restaurant, where a straw in a glass of water seems disjointed at the point it submerges.

Different densities of the same material can produce a similar effect, one you often see when driving in the summer. That distant “water” on the roadway you never seem to reach is a textbook definition of mirage.

Here’s how it works. Blacktop collects heat in the sun, and then warms air directly above, reducing its density. Higher in the atmosphere, though, there has been no change. When light from the sky passes from the dense material into a “lighter” one, it refracts enough to create a shimmering, blue reflection on the roadway ahead. Bear in mind, though, hot temperatures are not required. I’ve seen it on the ocean in Alaska and above parked cars in Virginia, both cases in which the temperature was well below freezing and the sun was shining.

Thankfully, there are some things that provide a solid foundation, starting with optics. Firmly anchored, 15X or higher-magnification optics are best for reading mirage—like the Nikon 20-60. Naturally you focus on the target, but don’t be afraid to adjust to make the image a little fuzzy. Sometimes that helps pull it out, and down the line it’ll help you DOPE (Data On Previous Engagement, or so I’ve been told) the wind better along the entire flight path.

Don’t select a practice distance too close. Remember the road example. The big pool of water is always distant, and regardless of your speed you never seem to get your wheels wet. Three hundred yards or further is a good starting point, on a warm and sunny day, but don’t be surprised when down the line you witness the effect at shorter ranges.

Use a black or dark target, one with highly contrasting vertical lines. There’s less energy required to “bend” the air than move flags/leaves, so you might as well see all the information possible in the beginning.

Expect mirage to disappear as wind speeds approach and exceed 12 miles per hour. Perhaps the air densities effectively mix at that point, but it’s going to get tough or impossible at those velocities.

An elite former military sniper told me in an interview that wintertime in Afghanistan often made reading mirage a challenge, regardless of wind speed. That’s when he’d find a dark object near the target at the same elevation and read mirage just above it—black hood of a car, trash can lid, etc.

The Tales It Tells

Volumes have been written about intensity of the mirage, wind value, direction and speed. It can be information overload for beginners and some of us who’ve dabbled in the black magic. Bill Porter probably summarized the basics of information interpretation best in the Smith & Wesson Shooting Academy’s Winter 1999 NFTC Newsletter. “You will see it elongate the target. If the wind is blowing from left to right you will see the right side of the target get bigger. This area of the target will appear to swell in the direction the mirage is moving.”

How much you adjust your windage hold is determined by a host of ballistic variables, but at least you now know which side of the bullseye in which you should hold (assuming that’s the only breeze at the time). Take serious notes every time you practice and it won’t be long until you’re translating the severity of the apparent deformation into the precise point you should place the crosshair. Stick with one notebook per rifle, and stay with the same ammunition/bullet combination (at least in the beginning). Changing ammo introduces a host of other variables, including a different ballistic coefficient and flight time, which alters how long the wind has a chance to change point of impact.

Keep it simple and you’ll be surprised how fast you can dial into the breeze. In most of the classes I’ve attended, the instructors take it a step further by recommending you dial your scope for elevation and hold for windage—one less thing to worry about during mirage practice.

When there is no wind at all, but conditions are right for refraction, mirage can literally boil straight up, which can make the bullseye appear higher than it really is. Military marksmen adjust for the effect by aiming slightly lower on the target on warm and steamy days. At 300 yards, failure to do so would be of negligible concern, but push that distance to 1,000 or 1,500 and the oversight can have a significant impact on shot placement.

In addition, even if you don’t have access to a 300-yard range, there’s another frustrating “boil.” Deliver too many shots, too fast, heat your barrel, reduce air density above it (right in front of your scope) and you might as well hit the road for the day because you’ll be chasing that mirage-elevated bullseye around all day.

If you expect instant expertise from this article, Col. Clive R.E. Halnonan has a warning in his book Shooting Sport Technique and Practice. “The ability to read wind by mirage can only be acquired by experience,” he wrote. “There is no yardstick, and no tables or calculators illustrating degrees of wind strength and direction can be applied. To the experienced marksman, mirage is the truest guide as it conveys to him an ever-moving picture of the wind through which the bullets travel.”

Despite my fascination with all things physics, I learned that lesson the hard way at Gunsite’s long-range course, where one student sits behind a scope and calls windage adjustments, while his training partner works the trigger. It took at least an hour to get my hold calls right during the course. It was exhilarating when that clang finally came back from nearly 1,000 yards, but then the wind shifted, I started over, and Col. Halnonan’s wisdom was obvious.