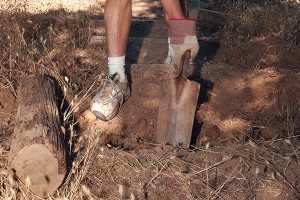 The idea of burying your guns underground seems crazy to some, but for many, it’s a logical decision to be evaluated, especially in today’s political climate. We imagine the founding fathers would adamantly support this decision even today. However you don’t just want to wrap your firearm in plastic, throw a few inches of dirt on it, and call it good. There are some careful choices to be made if you’re going to execute this serious backup plan. Let’s examine where, why and how you would cache a firearm.

First and foremost, the possibility of a nationwide firearms ban has to be considered. Realistically our country still has many dark miles to go before a ban would become a reality, but it has happened before and it has happened elsewhere. More importantly, most politicians are so far removed from reality that they have no clue why the Second Amendment is still extremely important today. So yes, you have to consider that your guns might be taken away, and such tyranny could only be resisted by burying a firearm in protest.

The additional reasons apply whether or not a gun ban is enacted. In the event of widespread civil unrest, a backup gun buried in a safe location could be a lifesaver. For whatever reason, you may not be able to extract or salvage your guns from your home, and the buried gun may be your only remaining option for defense. These are “don’t put all your eggs in one basket” options, and regardless of why you may need the gun, it’s always nice to have a plan B. 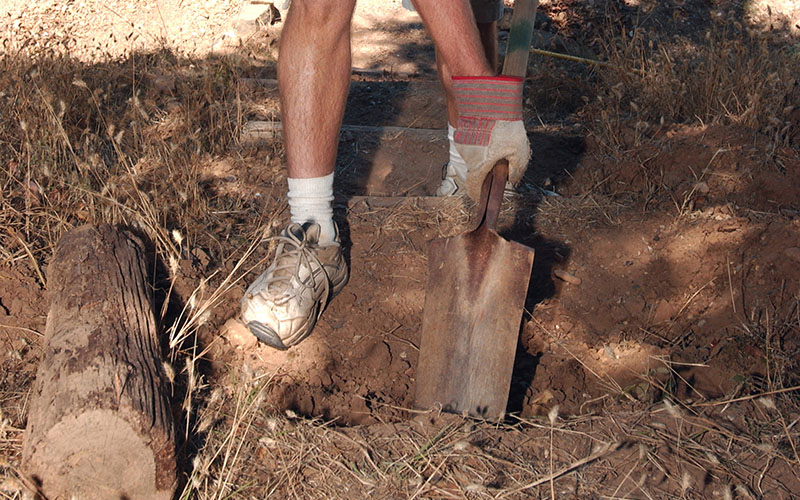 Your first thought might be to bury the family’s treasured firearm or the most expensive gun in your safe, but that probably isn’t your best bet. Realistically the gun you bury should be relatively inexpensive, and it should use a widely available caliber. A low to mid-range AR-15, AK-47 or similar rifle is an obvious choice. Semi-automatic rifles can be used in both hunting and self-defense applications, and the range of a rifle round is preferable to other options.

However, a shotgun or a pistol is worth considering as well. The shotgun is a superior weapon in close range options, and it is a great hunting tool for most game. A pistol on the other hand is easy to conceal, and that could make a huge difference in some scenarios. The choice is really up to you and depends on your budget. After all, you’re shopping for a firearm that you may never use. Whatever you decide, don’t forget to stock up on ammunition to bury with the gun.

Right off the bat, everyone thinks of burying the firearm in their back yard. In most cases you can bury the gun without anyone seeing, and if you ever need it, you don’t have to go far to get it. There are certainly merits to this plan, and you’ll always know exactly where the gun is buried or if it has been disturbed. However, there are some drawbacks to consider. First, if you have to escape your home quickly, there isn’t going to be any time to grab a shovel and dig in your backyard. You may be able to return later to retrieve it, but then again your house may be a compromised location. In a case like that, your backup gun along with the guns in your house may be lost forever. It’s a tough decision to make.

The alternative is burying your gun in a remote location. A patch of forest, a secluded field, a favorite campsite or the family cabin. If you can bury the gun along a planned bug-out route, all the better. Wherever you choose, just make sure it’s not too far away. Your buried gun does you no good if it’s an hour drive away from your house. Avoid burying it near any road or body of water. You don’t want road crews or changing water conditions to unearth it. Finally, make absolutely sure no one sees you bury it. Cover the signs of the burial with nearby vegetation and make it look natural, like the hole was never dug in the first place.

Considerations Before You Fill In The Hole

Now that you have the gun and the spot to bury it picked out, there are a few final preparations to make. As far as containers go, the most popular choice is a PVC pipe with a watertight seal on both ends. Just make sure the pipe is large enough to hold the firearm you’ve selected and a good deal of ammo. Don’t forget to include necessary gun tools to match the firearm.

Next, you have to fight moisture. You can place the gun in a sealed plastic bag, but the better option is using VCI (Vapor Corrosion Inhibitor) film or bags. These help fight corrosion on the firearm and are worth getting. Desiccants are the other item you’ll want to pack in the pipe, and 1800GunsAndAmmo writer Guy Sagi has written an excellent piece on using them for firearm storage: When The Lights Go Out: Surviving Moisture And Humidity.

So you’ve got your gun, ammo, VCI bag, desiccants and tools packed into the sealed PVC pipe. Time to bury it. You can either bury it upright to reduce its signature to metal detectors or bury it longways but provide more surface area for a potential metal detector to find it. If you bury it upright, you’ll have to dig a much deeper hole, so keep that in mind. This choice should really depend on where you bury it. It’s pretty rare to see someone hiking through the local forest with a metal detector, but stranger things have happened.

With the job done, you can sleep soundly knowing you truly have a plan B buried in a good location, that is until you decide to bury a plan C…

Just remember to conceal it carefully as it is your duty to restrict access to your firearm from others. Finally, don’t tell anyone about it. You shouldn’t even brag about this to your friends. The location of the firearm is on a need-to-know basis, and only you and maybe one other trusted person should know about it. This means hiding the map to the location too (if there is one). Caching a firearm is serious business, and you should treat it as such.

Prices and availability on 1800GunsAndAmmo subject to change. This article is only meant to be an intellectual discussion about the potential caching of firearms…