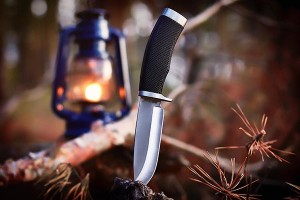 As the morning light eased away the darkness. Small shadows gradually grew longer by the second. When there was enough light in the oak ridge I picked up my rattling antlers and began attacking the antlers with force. Everything happened so fast. I am still not sure where the buck came from. I looked to my left and he stood statue still at thirty three yards.

Easing my antlers down, I grabbed my bow, and made a clean shot right into the boiler room. He barely made it forty yards before falling. As I approached my buck, I couldn’t help but give thanks for a great morning and contemplate the next hour of taking care of my hard earned trophy. 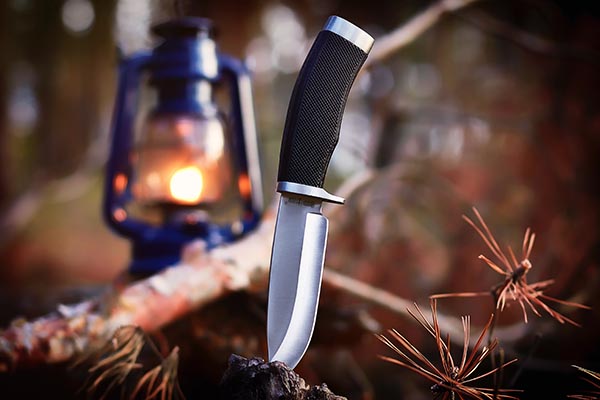 Aside from the bevy of hunters who nowadays drive right to their deer and take it to the game processor for cleaning, there are still a host of hunters who prefer to do it themselves. Those who might backpack deep into the Rocky Mountains for Mule deer or even into the hollers of Appalachia often prefer to do it on their own. There are a many areas where driving to your trophy isn’t an option and you have to care for your trophy right where it lays.

This is especially true for large game like elk, moose, caribou and bears. It just is something you have to do. Being able to properly field dress, cape and butcher your game, once the trigger is pulled is all part of the process of hunting.

As outdoorsmen and women we spend a lot of time discussing, guns, bows, bullets, arrows and broadheads. We look at and critique backpacks, hydration systems, boots, and choices of camo patterns. But when the trophy is finally taken and the pursuit accomplished we have to face the reality of taking good care of the trophy and the meat. When faced with this task, what are the best knives for the job?

I would argue that the field knife is perhaps the most overlooked item in the pack. Having discussed this with many hunters, I get a wide variety of answers. The general question is: “What knife do your carry in your pack to care for your trophy?” I have gotten answers from, “my multi-tool” to “whatever is in my pocket” to a host of kits that they lug around for miles with seven knives that they never use.

That being said, let’s look at a few things to consider when choosing a knife to care for your animal in the field.

First, the knife needs to fit the task at hand. While this may seem obvious, let me explain. If I am hunting southern whitetails, I will carry a very different knife than if I am hunting moose. So matching the knife to the task is a must. Some knives can do the whole job alone, while others may need a supporting cast to get it done well. Large big boned animals, and thick skinned animals need a much beefier knife than an antelope on the plains. Picking a good all-around knife for the hunter that only wants to carry one is challenging. But in this case the single knife should fit the task at hand. Meaning, the single knife I would carry on my southern whitetail hunt is very different than the one I carry into bear camp.

Either way, my one knife would be a fixed blade with a three and a half to four inch cutting edge. This size knife can shin and gut any animal regardless of the size. Where it falls short is in butchering the larger animals and this is where a large bladed knife comes in handy. A sturdy filet knife is a good butchering knife, as is a knife like the Buck Hunter with the five inch cutting blade. Other good knives for all around use is a Case, Gerber, Kershaw or any other reputable manufacturer. One point to make here is that the quality of the steel is essential.

The second thing to consider is function. You do not need a tactical serrated knife to skin an animal, in fact most do not prefer a serrated blade for the task. Likewise a blade that is upswept with a sharp point is asking for trouble. A good skinning knife will have a clip point or a dull swept tip. Whether it has a gut hook is more of a matter of preference. Personally I have never been a fan, but for some it is a must.

When it comes to field dressing and skinning, I have really become a fan of the replaceable blade knives. For years I abhorred them, believing that if you can’t sharpen a knife then you don’t need to carry one. Well, as the old saying goes, an old dog learned a new trick. Once I tried a replaceable blade knife, I was hooked. The scalpel blade is so sharp that the task is so much easier and less stressful. Add to this their miniscule weight, and they are certainly something to consider.

As mentioned in an earlier post, there are some concerns with the replaceable blade knives. One is the difficulty of actually replacing the blades. Havalon makes a great knife, and now removal devices are included with every model to help replace the blades. Outdoor Edge uses a push button capture device that may be easier to use for some. Gerber also offers a push button release and capture blade system in their Vital and new this year Vital Big Game. To top it off, Gerber Vital is fully adaptable for all Havalon blades!
A concern I have voiced several times with the replaceable blade knives is the ultimate question: “what do I do with the old blade when I am in the field?” This is a growing issue. I dread the day I wander into elk country and see disposable knife blades scattered in the field. Hunters afraid of cutting themselves or their gear will likely discard them where they are to be “safe.”
Thankfully, Havalon has recently developed a single use blade remover for situations while afield. It is designed to hold a single blade and to be discarded with the blade intact. A 4-pack is sold together. Gerber also has a solution with their Vital “Exchange-a-blade” device that allows you to drop in a used blade and pick up a new one in the same device. This is the best device I have seen for this task. It keeps several blades at once and they are protected in a hard plastic case. It can be emptied and used over and over again. And to top it off, the blades are cushioned so they don’t rattle in your pocket or pack.

Third, the knife needs to be portable. Meaning it should not be burdensome to carry. A knife or set of knives that are pushing half a pound is too much steel to carry. Look for smaller lightweight models that will do the same thing. I really like a fixed blade with a three inch blade and a composite or leather handle. Case Leather Hunter is a classic and still one of the best. These knives perform year after year after year. A true generational knife. W.R. Case and Son are knives you buy to hand down through the family. Kershaw, Gerber, Buck, Bear Cutlery, SOG knives also offer some excellent knife choices for this category.
Last, and perhaps most important is the ability to hold an edge. Nothing makes a more frustrating cleaning job than a dull knife. Here is where the quality of the steel is imperative. American or German steel are hard to beat. The steel in these knives will hold an edge longer than any other available. I am partial to 440 stainless for its ability to hold an edge but there are several other types of steel that are excellent choices. If you are not choosing a replaceable blade knife, than anything with American steel is a great choice. One thing to consider is that many manufacturers now have facilities in America as well as Asia, so it is wise check to ensure where your knife is manufactured so you know you are getting the best steel available.

You work too hard for your animal not to take care of it properly. A little planning and preparation along with a great knife can make an ardent task one of pure joy as you care for your trophy while afield.