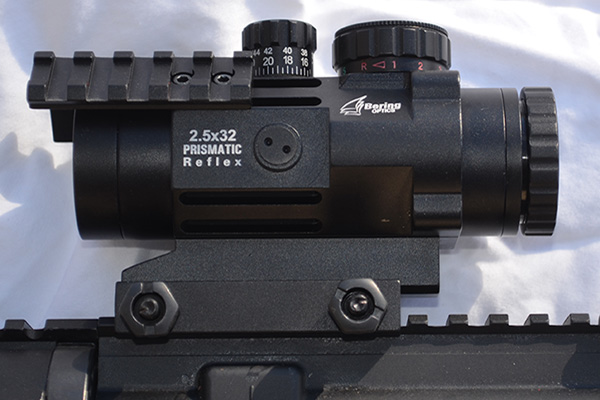 This author is a reformed “scope snob.” Coming of age in the shooting sports during the 1980s almost guaranteed that you followed an old and now very outdated piece of “gun shop wisdom” if you were a serious shooter. The mantra back then was: “expect to pay 2 to 3 times the price of your rifle for your scope.”

That may have made sense when numerous American manufacturers were producing $600 to $2000 scopes that varied only in magnification and types of reticles as opposed to cheap imports in the $20 to $60 range that would fail after 200 shots on a high-powered rifle. This way of thinking has been obsolete for 20 or 30 years, yet it is still taken as gospel, because the spinner of the yarn is the “guy at the gun shop.”

Today’s shooters can choose from red dot sights, holographic designs, night vision, thermal vision and range finding models. Increases in technology and manufacturing capability have reduced the prices of most optics across the board. The choice of a scope should be driven by your needs as a shooter and the performance of the optic in question, not a simple price point.

When looking for a new red dot sight to serve on a variety of rifles in 5.56 NATO or 308 Winchester, the author tried a model from Bering Optics that offered a few features not found on many typical red dot sights on the market. 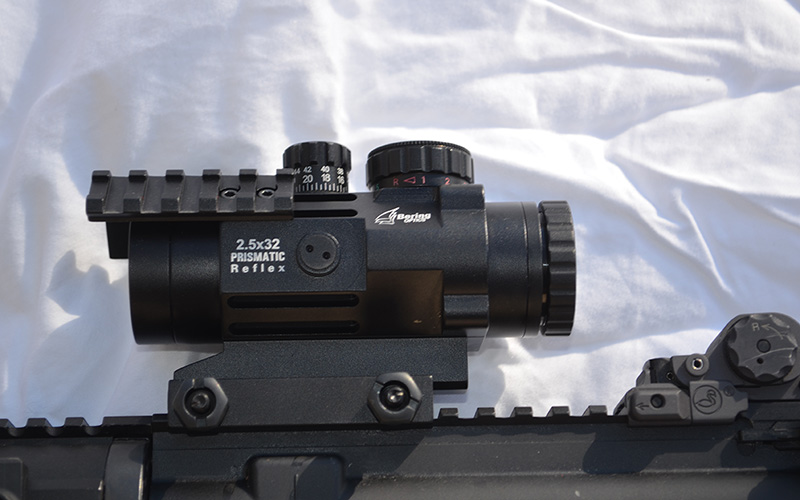 We chose the Bering Optics Prismatic Reflex 2.5×32 because of its 2.5X magnification. In this case we wanted a rugged lightweight scope that allowed rapid target acquisition. The scope has an etched reticle that is illuminated. The shooter can choose from red or green and five brightness settings on each. According to the manufacturer it runs on CR2032, DL2032, or ECR2032 batteries. Best of all, the etched reticle allows the scope to be used without batteries, unlike most other tactical reflex sights. 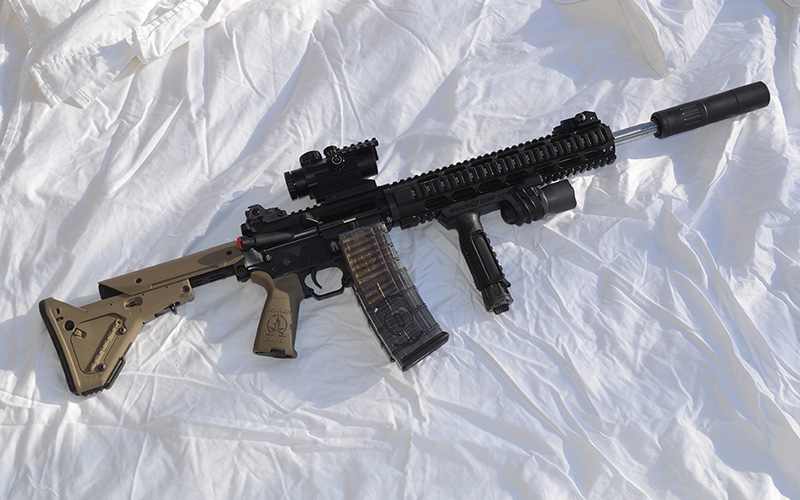 The Bering Optics Prismatic Reflex 2.5×32 retails for around $199 and the manufacturer rates it capable of handling recoil up to 7.62 X 54R. With that in mind the author tried it on a Springfield Armory M1A Scout Model and a Battle Born AR15 by US Firearms Academy.

The Scout Model is chambered in 308 Winchester and like its name suggests, it has a scope mount installed over the rifle’s chamber. We found this a little too far forward for our purposes and could not co-witness the iron sights. Since the rifle is capable of shots out to 1000 yards with the irons, we decided to forgo its use and focus instead on the AR15. 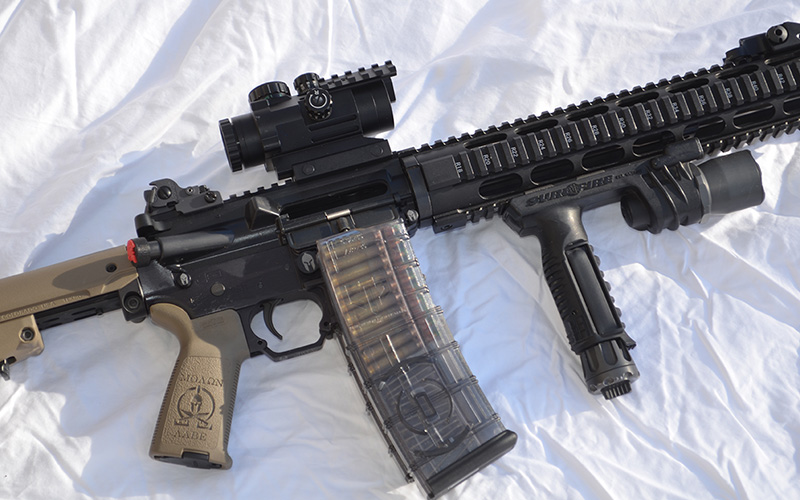 Our AR15 was outfitted with Magpul furniture, a SureFire M900 and ARMS back up iron sights. Magazines used were by ETS and were clear polymer. To keep it interesting we used an AAC 556SD silencer so as not to disturb fellow shooters at the range. Ammunition was American Eagle 55 grain FMJ.

The scope has two external Picatinny rails mounted on top in the 2 O’clock and 10 O’clock positions to allow for the installation of lights or lasers. They seemed well made, but we did not have anything that needed to be mounted on them. Our first magazine of ammunition was used against steel gong targets at 200 yards without illuminating the reticle. 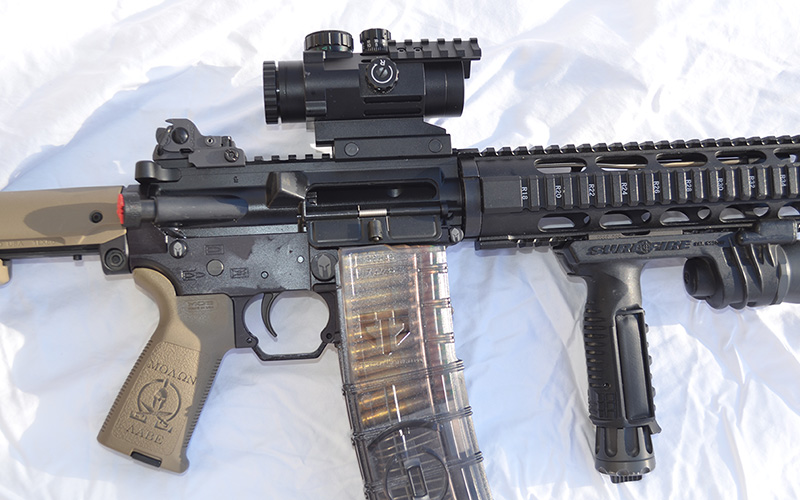 After ringing the steel we noticed some of the hits were a little high on the target so we cranked the elevation down a few clicks. The clicks were precise with no spongy feel to them and this time we turned the reticle on for a green glow.

The green reticle was extremely easy to see in the bright Nevada sun, helped in part by the multi-coated lenses. The brighter red settings were equally as nice and all in all we were very satisfied with this scope for the price and the performance. It may have been the least expensive component on this rifle, aside from the ETS magazines, but it worked extremely well with just enough magnification to bring our target into focus and allow for over 200 rounds of shooting without losing zero.

Optical clarity is very good for the price point and just about perfect for the low end magnification offered by the Bering Optics Prismatic Reflex 2.5 X 32. Its height with the mount places it at the perfect eye level for an AR15 shooter without the need of a riser. The magnification prevents the ability to co-witness the rifle’s iron sights, so keep that in mind if you are looking for one to allow the use of iron sights without removing the scope such as a variable powered model.