Skip to content
blog.GritrSports.com > How to Guides > The Anatomy Of A Rifle Scope
How to Guides 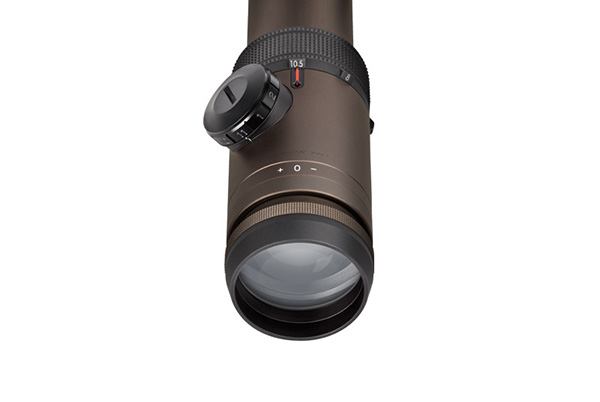 If this is your first rifle scope purchase, then you need to familiarize yourself with all the basic parts of a rifle scope. Even if this isn’t your first purchase, it never hurts to brush up on your rifle scope anatomy if you’re not familiar with a certain term. At it’s most basic description, a rifle scope is a tube with a lens fixed at each end of the tube. Of course a rifle scope is more complex than just that, and there are other parts that adjust magnification and fine tune the position of the reticle. We’ve put together a series of close ups using several of our popular rifle scope brands so you can get a better idea of what each rifle scope part is called.

Let’s walk through from the first point of contact for your eye, the ocular lens, to the other end of the scope, the objective lens, that looks out at your target.

The Parts Of A Rifle Scope

The eyepiece is the portion of the rifle scope that holds the ocular lens in place. In addition, many rifle scope models feature dials on the eyepiece that allow you to adjust the focus of the reticle to provide the sharpest level of clarity possible while viewing your target.

The scope tube bridges the objective lens and ocular lens, and it is usually one solid piece of metal. The important aspect to note about scope tubes is that they come in two different sizes: 30mm and one inch. The scope tube is where scope rings or bases are fixed to, and then these items are attached to the firearm so the scope stays in place. Always remember that 30mm scope tubes can only be used with 30mm rings and one inch scope tubes can only be used with one inch rings. Failure to pay attention to this detail could result in damaging the scope.

The windage turret allows you to adjust the horizontal alignment of your reticle and is located on the right side of the scope. This is done in small increments or “clicks.” Some scopes allow you do adjust the turret by hand while others require the use of a small coin or screwdriver. Typically windage and elevation adjustments are measured either in MOA (minutes of angle) or MRAD (milliradian) measurements. Certain companies will allow you to choose the level of adjustment that you want a click to represent on a turret. For example, Nikon allows the shooter to pick either fine or course knurling knobs as part of their new Custom XR Turret packages. Finer turrets will have smaller increments between clicks while larger knobs will adjust at larger frequencies than the finer turrets.

Certain rifle scopes have a third turret that adjusts for parallax error, and it is placed on the left hand side across from the windage turret. This isn’t always found on rifle scopes because parallax adjustment only becomes an issue when you’re shooting very long distances. Typically most rifle scopes are zeroed at 100 yards (shotgun scopes at 50 yards), but if you dial the magnification level of certain scopes way up, this creates what is known as parallax error. When you move your eye side to side while looking through the rifle scope, the position of the reticle will appear to change. You will know that the parallax is corrected when your target appears in focus and the reticle does not move as your eye position changes. Parallax error is a complex concept, and if you’re planning on dialing magnification way up above 10x, then you should do more research on what causes the error and how to correct it.

The objective lens is the forward facing lens that is tasked with gathering light around the target down range from you. Objective lenses are generally larger than the ocular lens, and their diameter is measured in millimeters. You can see the size of the objective lens noted in the specs of any rifle scope. It comes after the “x” that measures magnification power, and at times rifle scope specs will include the “mm” while other times people will shorten the description by omitting the “mm.” For example, the rifle scope noted below has a 50mm objective lens, but you could also see this scope described as “3.5-10×50.” Generally speaking, objective lenses can be as small as 20mm and as large as 50 to 60mm. Larger objective lenses are capable of gathering more light and therefore presenting a brighter picture for the user, but larger objective lenses will also increase scope weight and reduce the handling of the rifle / scope combo while in the field. The situation where very large objective lenses will really shine is in long distance shooting, but if you’re not planning on shooting much over 100-200 yards, sometimes a 50mm lens can be overkill. Quality rifle scopes will always coat the objective lens with several different finishes to increase light transmission and repel / bead water.