Skip to content
Blog.GritrSports.com > How to Guides > 10 Tips to Make the Most of Your Burris Scope
How to Guides 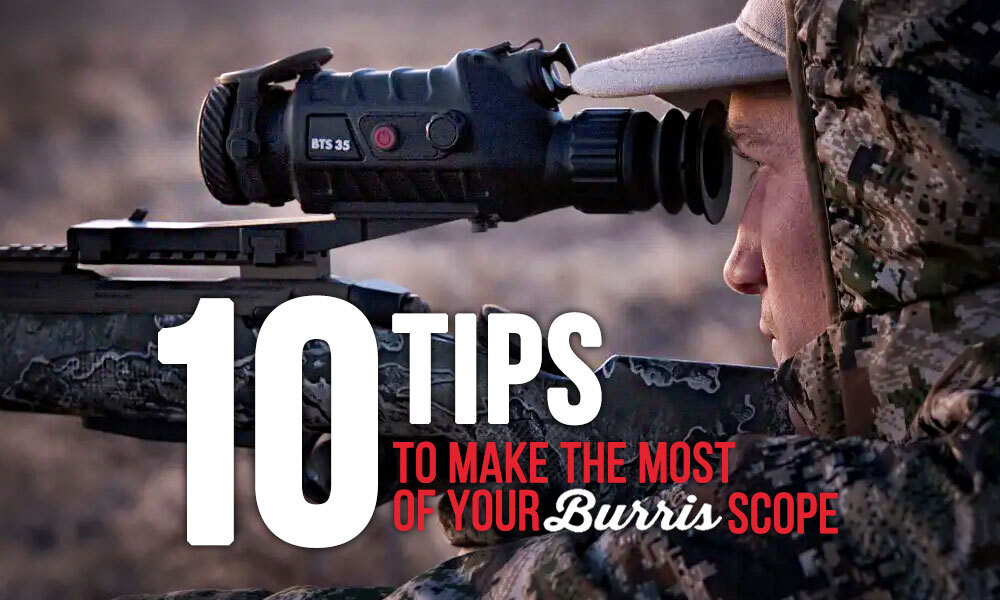 You can read about how riflescopes improve one’s accuracy in every single dedicated article. It remains unclear, though, how the mere presence of a scope is supposed to turn you from an amateur shooter into a marksman capable of shooting a fly in its wing. There were no leaks of magic into our world (or they were unannounced), and no Burris scope owner has ever reported their optics mentoring them.

That leaves us with the only possible answer: they don’t. It appears that one needs to get a good command of rifle optics for it to start having an impact on your accuracy. Luckily, the art of aiming through a riflescope is not that hard to learn. There are also several things you can do to improve your sighting experience and get the most out of it. But operating with abstract concepts is hardly the most optimal teaching method. We need a tangible example, and Burris scope collection was kind enough to offer its assistance. 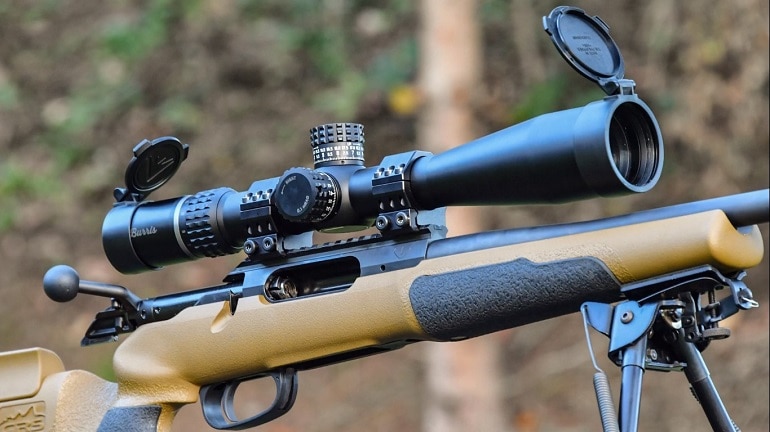 Versatility is a Bliss

For the scope to be ultimately helpful, it needs to be versatile enough to be useful in more than one scenario. For that reason, we recommend choosing variable-power riflescopes over fixed-power ones. There was a time when variable-power optics were somewhat inferior to their invariable counterparts. More moving parts meant less durability and a higher likelihood of the scope losing zero.

That might have been the case a decade or two ago, but technologies have been evolving and show no signs of stopping. Today, variable power scopes dominate the industry, Burris scope family only some examples of that trend. Variability is a great feature that will allow you to maximize the benefits of using a scope. 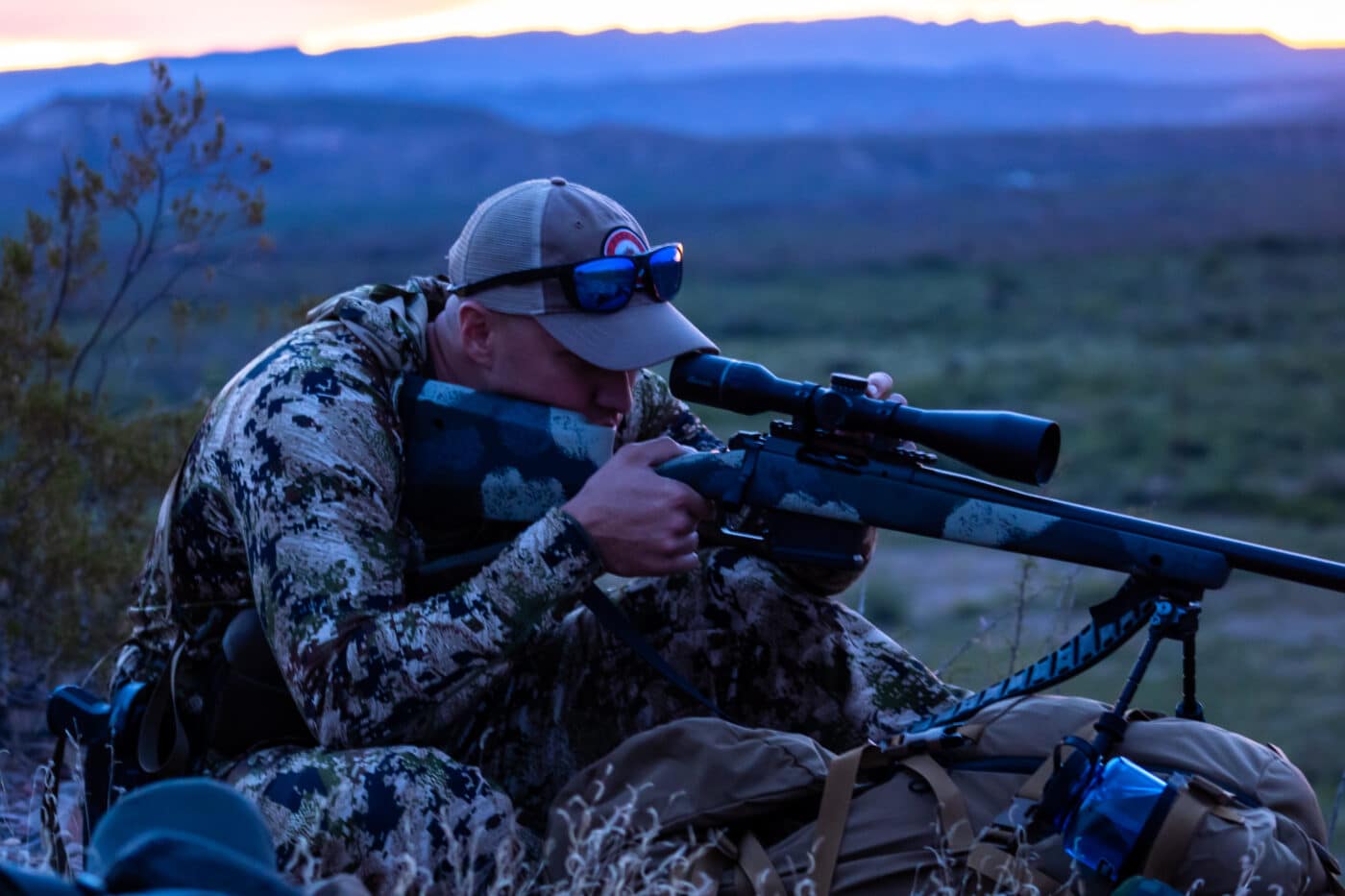 Temperance is a virtue. If there is an idea lurking in your head of getting a riflescope with the highest magnification possible, don’t rush to put it into action. That might be counterintuitive, but the more, the better is not always the best principle. If you want your scope to serve you well, the magnification range should correspond to the distance you plan to shoot from.

When it comes to zooming power, all scopes with variable magnification are generally divided into three groups: Low-Power, Mid-Power, and High-Power Variable Optic. There are no universally accepted rules, but usually, they are determined by the maximum magnification range. Low-Power scopes stay under 10x, Mid-Powers do not exceed 20x, and High-Powers go beyond 20x. Unless you are preparing for an extreme-range shooting tournament, High-Power scopes are usually excessive. Most riflescopes for hunting rifles belong to the first two categories.

There is also a group of riflescopes marked by the phrase for long-range shooting that might pique your interest. In long-range shooting, the target is more than 660 yards away. At the point of 1100 yards, the extreme long-range shooting begins. You can assess the potential distance between you and your target and choose the scope accordingly. Burris scope collection comprises a big number of Low- and Mid-Power scopes. There are also models that can meet the needs of extreme-range shooters. 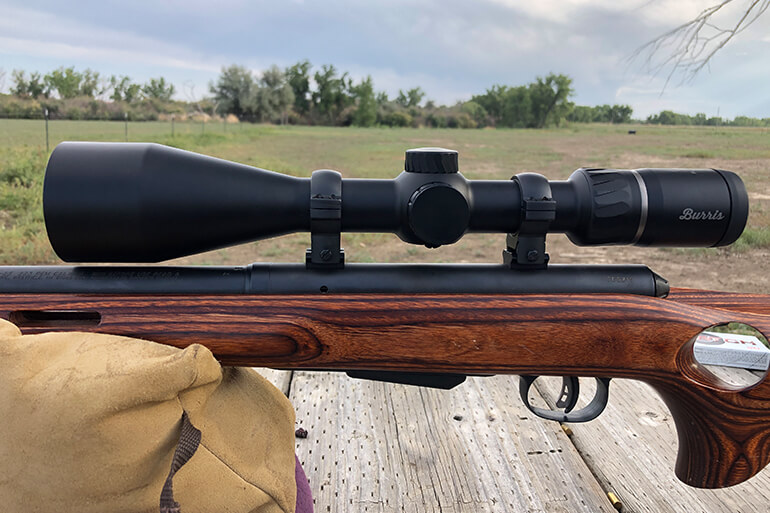 There is an age-old saying that a house is only as good as its foundation. The same principle applies to riflescopes. Scopes can be pretty pricey, sometimes reaching the cost of the rifle itself. The desire to save on a mount is perfectly understandable, but it’s a poor adviser.

We pursue no goal of driving you to spend more money, but if you can afford a high-end (or less so) scope, buying a quality mount should not be a problem either. At the end of the day, your scope’s performance is at stake. Cheaper riflescopes usually mount less reliably and are more likely to come loose or shift. Your mount doesn’t have to be as expensive as the scope itself. However, we don’t recommend entrusting a $500 riflescope to a $25-worth set of rings. The chances are you’ll only get frustrated and pin it in on a scope. If it can’t mount reliably, it won’t be as useful as it could be.

As a rule, it’s safe to buy a scope mount from the same manufacturer as your riflescope. Burris scope rings are an excellent example of that rule. Though you can get two standalone rings, we recommend opting for a scope mount. Thus, you eliminate the chance of scope rings being misaligned even slightly and won’t have to worry about the next point whatsoever. 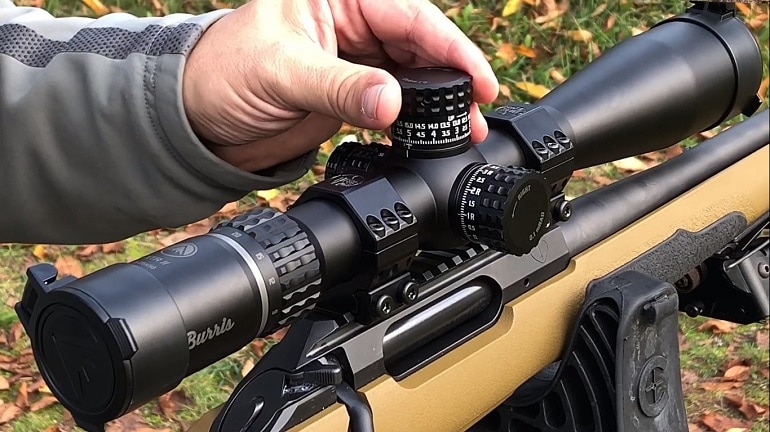 Nobody would allow their scope rings to sit loosely. That’s one of those intuitive things that don’t need to be verbalized. The tighter you turn the bolts, the more securely they seat, right? In general, yes. But torquing the heck out of those bolts will backfire sooner than you might expect.

To tell the truth, it’s hard to overtighten the bolts accidentally. You’d need to put a lot of effort into that, but it’s certainly not impossible. Also, it’s much easier to overtighten the rings that hold the scope tube than overtorque bolts that keep them attached to the rail. Both scenarios are undesirable, but the first one could potentially damage the scope itself. Getting a new piece of optics will cost more than getting a new set of scope rings. You can never be too cautious, especially with such intricate work. Luckily for everyone, it’s not about your personal sensations. Manufacturers always give recommendations, and every Burris scope comes with an instruction. 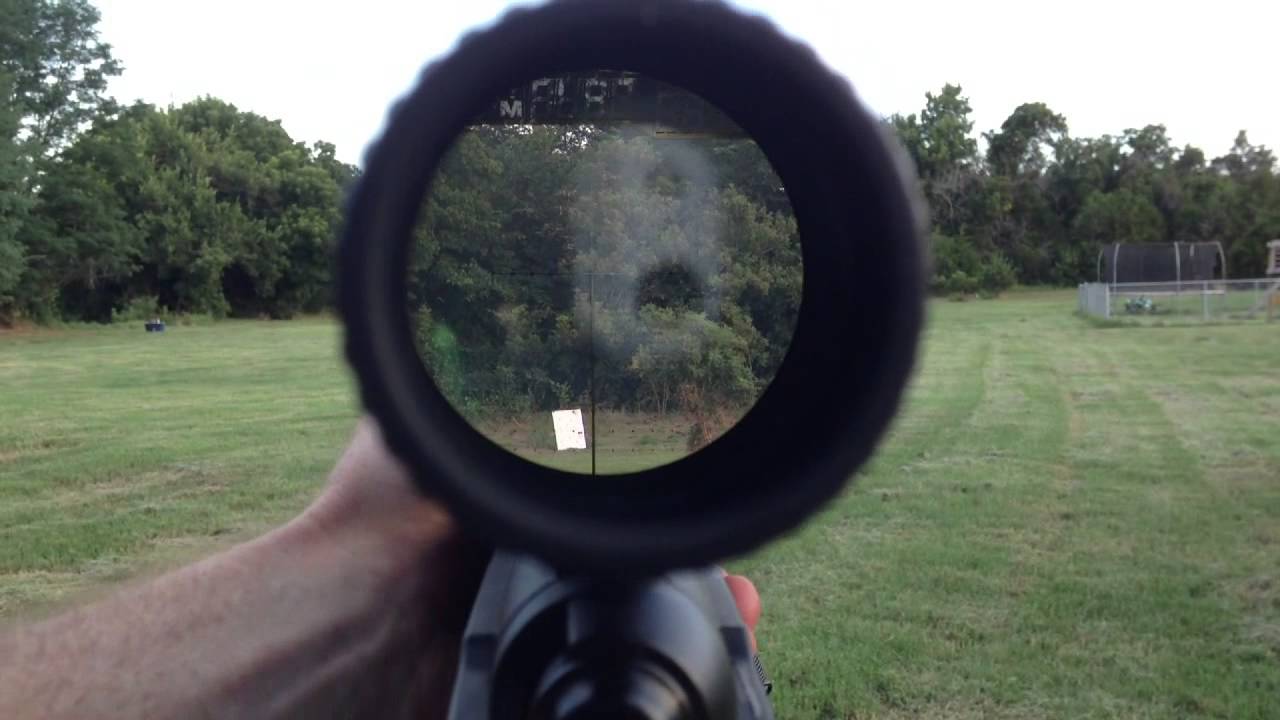 We often find our hands reaching for everything new, everything marketed as the latest and most advanced. Since things usually get better with new editions and models, it is generally a healthy trend. It’s not necessarily suitable for choosing a reticle type, though. Pin the cliche label on us for saying that, but everything should be determined by what you need. You can get a scope with a fancy Christmas tree reticle with all these axes, dots, and numbers, but do you need it to get a buck standing 200 yards from you? Hardly.

We suggest another universally useful rule: the simpler, the better. Scopes with simple-looking reticles are the best choice for the majority of hunters. Quite often, hunting is a game of chance, and you might very well lose yours while trying to decipher the complicated message of a Christmas tree reticle.

At the same time, long-range shooters will find those messages extremely helpful. The distance they shoot from is generally larger, which makes every fraction of an inch matter. They can take their time and consider all the hints the reticle is giving them. Burris boasts a wide selection of proprietary reticles varying from simple designs to those looking like geometry exam papers. 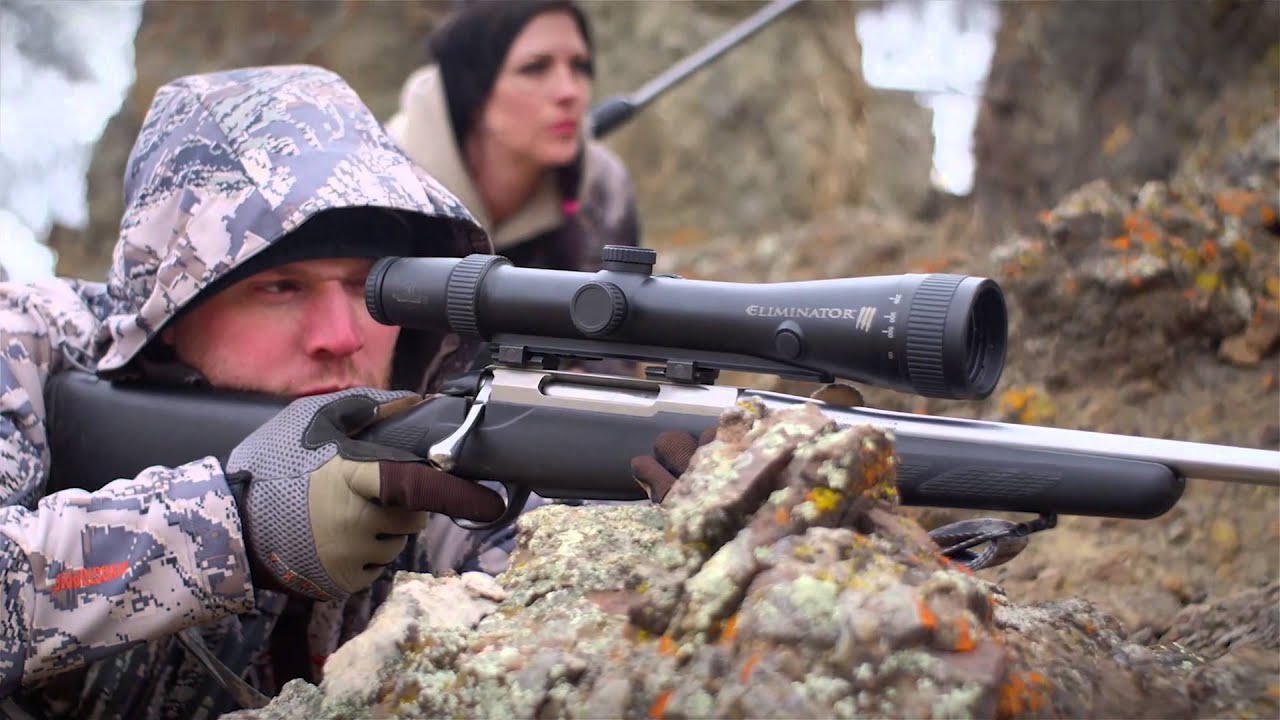 Master All the Adjustment Techniques

Let’s assume that, at this point, you have managed to mount your scope. It’s there, resting on a mount, waiting for you to look through. The only thing left to do is the adjustment, and we should say it’s not the easiest part. But fear not, for you are not alone on this daring mission. Modern scopes, like Burris Eliminator III, often feature elevation, windage, and parallax adjustment turrets that only require you to rotate them to change the configuration. They make zeroing a scope a much less daunting task.

Every time you mount a new scope, you need to make sure its point of aim and point of impact (the place where the bullet hits the target) are the same. The thing about zeroing is that you make these adjustments orienting on a certain distance, say, 100 yards. If you shoot a target 300 yards away, the point of impact will be different. Learning the ropes of adjustment will allow you to get the full benefit of using a Burris scope. The tips and rules on adjustment deserve an article of their own, so we won’t elaborate on them here. Just make a mental note of that and be sure to check out other articles. 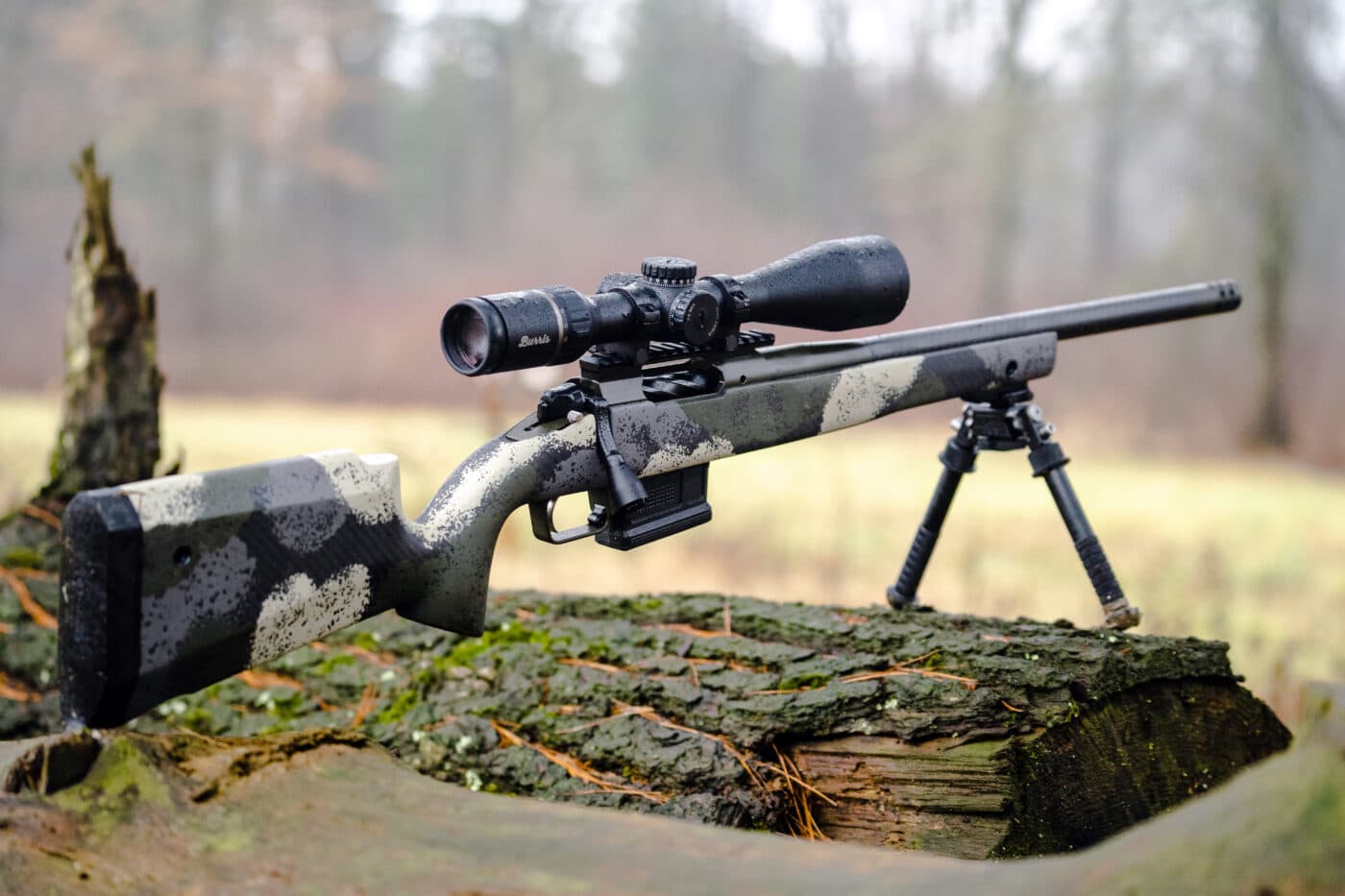 Riflescopes extend our vision to unimaginable ranges. The ability to see like an eagle is alluring, and many of us might be ready to bury our heads in those scopes. That doesn’t sound like a bad idea but wait until you make a shot. You’ll soon learn that recoil doesn’t go easy on those who forget about it.

If your eye is positioned too close to the ocular lens, the recoil will make the ocular housing give you a shiner. To avoid that, your eye should be at least 3.5 inches from the ocular tube. If the image gets blurrier as you move away from the scope, make adjustments to the eye relief by changing the position of the scope in scope rings. You’ll know if you’ve reached perfection once you close your eyes, get in the most natural and comfortable shooting position while shouldering the rifle, open your eyes and see the image clearly. Reaching that result might take some time, but all of it pays off in the end. 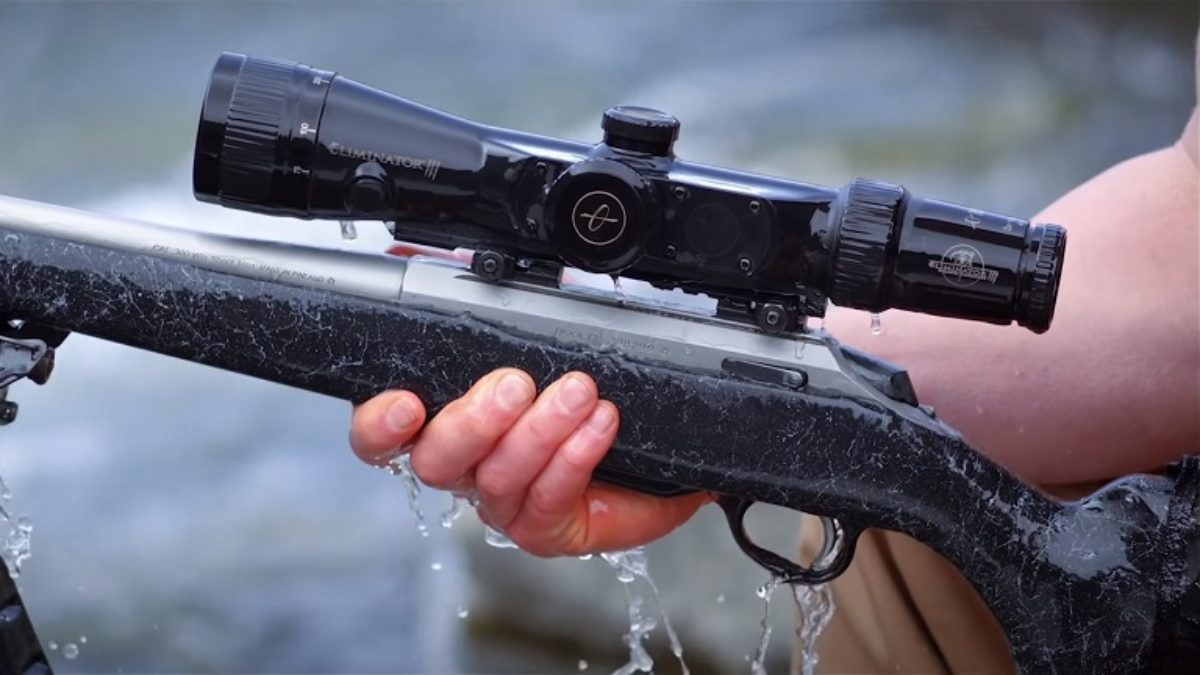 Prevention is Better than Treatment

A good scope is a maintained scope. You won’t be actively using the riflescope throughout your hunting trip, and it should remain protected while not in use. Scope caps can protect your lenses from occasional scratches while keeping them clean. We also recommend using a special lens cloth instead of occasional pieces of fabric to wipe the lenses. Even the tiniest pieces of dirt can leave micro-scratches on the glass surface, accelerating the wear-off rate.

It also pays off to study the coatings available for standard scopes. While the majority of riflescopes are coated by the manufacturers, the coating might wear off with time. A new layer can enhance light transmission, improving visibility in low-light conditions.

Even on paper, things don’t look easy. But learning the theory by heart is not the ultimate solution either. Learning the nitty-gritty of scope adjustment is a good basis but is not a substitute for field experience. You will learn that things don’t always work as they are supposed to. Don’t take anything on faith – try it and see if it works. Practice makes for the best teacher, and sighting with a scope is no exception to that rule.